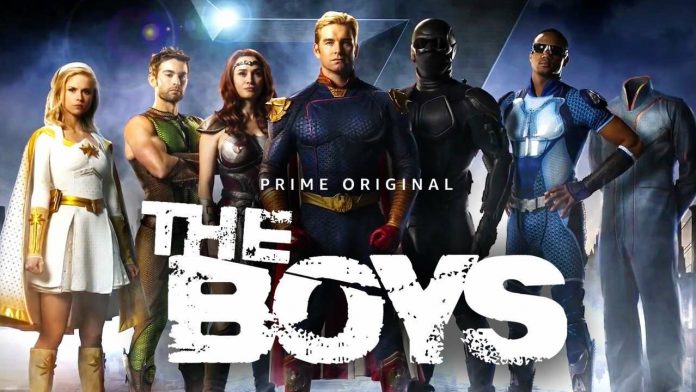 It’s been officially confirmed by the showrunner himself that Season 2 of The Boys will debut next year around the same time as Season 1 debuted. The first season consisted of eight episodes and it was out on July 26 of this year. Showrunner Eric Kripke thinks Season 2 will come out in a similar fashion next year.

Season 2 cast of The Boys remains mostly the same, hinted by the star of the show, Karl Urban on his Instagram himself.

Karl Urban is back to recast his role as Billy Butcher with Jack Quaid as Hughie. The rest of The Boys will also reprise their roles: Laz Alonso, Karen Fukuhara, and Tomer Kapon are all coming back as Mother’s Milk, The Female, and Frenchie respectively. Other stars such as Starlight (Erin Moriarty), Homelander (Anthony Starr), The Deep (Chace Crawford), Black Noir (Nathan Mitchell), and Queen Maeve (Dominique McGelliot) are hopefully going to be back. There hasn’t been any official confirmation on their return though. As goes for Even A-Train (Jessie T. Usher), who suffered a heart attack at the end of season 1, we think he too is roped in season 2.

The official synopsis of The Boys says it’s based on the graphic novel by the same name. This ran straight from 2008 to 2012. It is set in a world where superheroes have run amok and get involved in reckless behavior, potentially jeopardizing the safety of the world. The titular “The Boys” is a division of the CIA that watches over the superheroes to make sure they stay in line, and when necessary, kill them.

Meshack Makungo - January 14, 2020 0
Luo Tianxing continues his cultivations in the latest chapter of ‘Apotheosis.’ This manga made its latest release on the 12th of January 2020 with...

Battle Frenzy Chapter 145: Release Date, Spoilers, and Where To Read