Boruto Episode 91 finally put an end to the Mitsuki arc, and as I’ve been saying, that arc request did give me all sorts of mixed feelings. I really enjoyed some episodes, while the others made me question why the Boruto anime even exists.

The lack of consistency and poor direction at the time lead to the arc being a total mess. Yet, there were standout moments in that arc as well, like Boruto Episode 87 where Kakou died. In the previous episode, Ku was finally dealt with, and Mitsuki was back. Onoki defeated Ku and passed out, and now everyone is looking forward to going back to Konohagakure. 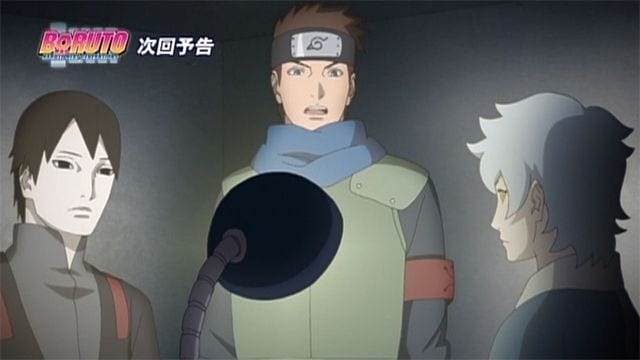 From Left: Sai, Konohamaru, And Mitsuki

We’ll now see Boruto, Mitsuki and Sarada get punished for what they’ve done. Whatever they did, they did by breaking the rules and even though Naruto understands what helping a friend means the best, he cannot simply let them go. There needs to be some punishment thrown their way and he’ll see to it that it happens.

However, Kurotsuchi will have so much to be grateful about, and she will definitely help Boruto and the others escape most or the punishment. We will likely see Boruto and Mitsuki bonding again, and this time, Boruto will promise to understand his friend better.

From here on out, we’ll begin the anime adaptation of various Naruto novels. We begin with Naruto’s novel which will give him a day off to spend time with his family, followed by Sasuke Uchiha’s story where he takes over Team 7 from Konohagakure, and finally Shikamaru Nara.

Boruto Episode 92 airs tomorrow, February 3, 2019. You can stream the episode on various streaming sites such as Crunchyroll and Funimation.