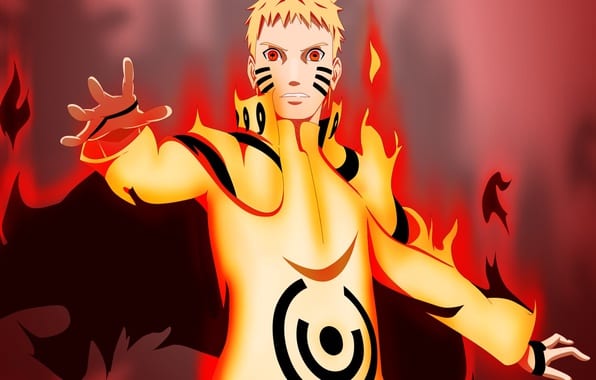 Boruto Chapter 32 was probably the best chapter of the manga so far, and I really enjoyed it to the fullest. Boruto Chapter 32 saw Naruto fighting against Delta and the fight really took an unexpected turn.

As we saw, Naruto was leading the fight against Delta and was trying to hold back in order to see what her true abilities are. He was dragging her into situations where she was forced to reveal her true powers.

She was forced to use a destructive light beam which was strong enough to completely deteriorate any person, even those who are capable of healing like Naruto Uzumaki and Kawaki. This is pretty bad for Naruto, but thankfully, Naruto has reactions that are way beyond lightspeed, so he didn’t really need to worry because he could dodge it.

At the same time, Boruto tried to intercept, thinking that Delta is going to kill Naruto, so he decided to attack with a Vanishing Rasengan that was powered up by the Karma. Delta’s drone was able to see it and thus Delta absorbed it. Himawari was then targeted by Delta and Kawaki had to sacrifice his arm to save her.

Now, Delta has been pissed off and Naruto should be enraged to the point where Delta cannot fight him on par anymore. In the next chapter, I think we will see the fight conclude and I think Delta might be about to lose and at that point, Kashin Koji will intercept Naruto and retreat with Delta’s body.

Things are really looking interesting, and now this arc will likely come to an end in the next few chapters. Let’s hope that we do get some important information on Delta and the Kara now.