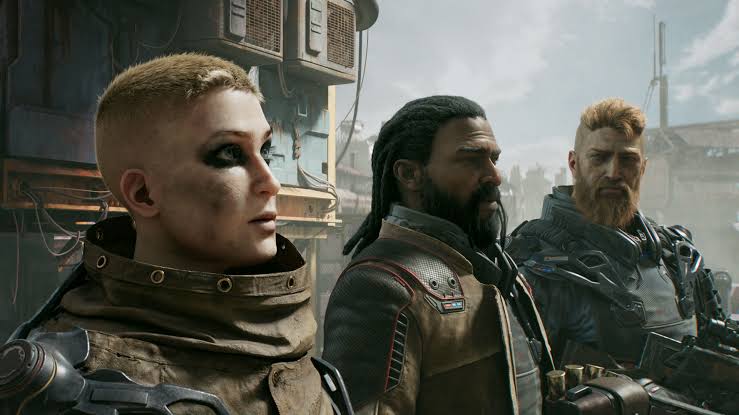 Outriders is a new science fiction game that tells the story of a human ship that was launched in the future, May 2076 to be precise. The ship embarks on a mission to colonize the planet, Enoch which is the last hope for the people of the Earth. The game provides an excellent alternative to Halo, Call of Duty and Gears of War at present.

The game is brought to you by the Bulletstorm developer, People Can Fly. The publisher of the brand new sci-fi console is Square Enix. People Can Fly is a veteran shooter studio, known for building some adventure games over the years. Bulletstorm is re-released just a few years ago by Gearbox and remains to be one of the most underrated shooters of the era which belongs to Xbox 360 and. PlayStation 3.

The sci-fi shooter game is described as a drop-in drop-out 1-3 player co-op shooter that triggers the memory of other game titles like Destiny 2 or Anthem.

When is the Outriders update?

Outriders is expected to release in September 2020 on Xbox Series X, PlayStation 5, PC, Xbox One, and PlayStation 4 platforms. We will keep you posted with the latest developments.

The official reveal trailer of Outriders is out! Watch the video for an all-round overview of what the sci-fi game has to offer-

What are the Outriders Key Features?

Outriders is a 1-3 player co-op RPG shooter that is set in an original dark and desperate sci-fi universe. Players create their own outrider and embark on a dark and desperate journey across the hostile planet of Enoch as we set our hearts to the source of a mysterious signal which shapes our gaming experience.

You can either play as a single-player or you can join up to two friends in the drop-in drop-out co-operation feature as you face your worst horrors in a dark unknown landscape.

Players will be blessed with the rich storytelling feature which spans across a diverse world. We will leave behind the slums and shantytowns of First City to travel forests, mountains, and deserts for a mysterious pursuit. The sci-fi game combines intense gameplay and violent powers and adds the arsenal of increasingly twisted weaponry and gear sets to the players. We are offered countless hours of gameplay from none other than the finest shooter developer in the gaming industry, People can Fly.

The game also creates four unique classes for its dedicated users. You can create and design your own Outrider and choose from four unique classes. Each unique class has its own skill tree to define the unique playstyle of the users. The sci-fi game also allows users to scavenge and adapt as per the requisite conditions. Players can customize and upgrade their self-styled outrider with countless items of mod-able guns and gear equipment. Remember, we have left humanity behind!

A sneak peeks at the powers of the Outriders reveal that we will have the ability to shoot searing hot beams out of our hands, freeze people and encase themselves in rock. The characters of the game are blessed with elemental special abilities that will allow the users to mix guns along with powers to dispose of the enemies out of the fray. The game also features cover-based shooting which is inspired by, ‘Gears of War’.

Join the Official Reveal Stream for our World Gameplay Premiere and find out everything you need to know about #Outriders. https://t.co/F4RKQY1zya

The publisher of the sci-fi game, Square Enix has promised that players will be able to mod everything from their armor to the weapons which customizability as the key trait of the game. It remains to be seen how deep the game’s RPG systems can go beyond the expectations already set by the creators.

Meanwhile, it is important to note that the creators have flagged a Mature Content Warning for the users and fans. The game is declared to contain certain types of frequent gory content which is not suitable for players of all ages. The game is also cautioned to be not appropriate for viewing at work as it comprises general mature content. Users’ discretion is advised. Gamers below twelve years of age should be accompanied by their adult guardian.

What are the Outriders System Requirements?

The action-adventure sci-fi game requires a 64-bit processor as it’s minimum requirements to function smoothly. The optimal Operating System (OS) for the game is still to be revealed by the creators.