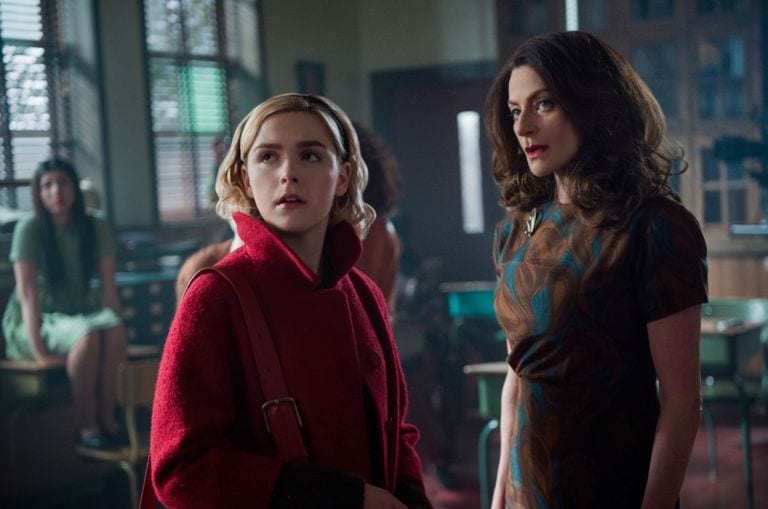 The supernatural horror TV series, Chilling Adventures of Sabrina is returning with its second season, and fans of the show are extremely excited for it. The series is based on the Archie comic book series of the same name and for Netflix, it’s developed by Roberto Aguirre-Sacasa. The first season performed well and was well received by the audiences, so Netflix decided to give the show a green light for the second season back in December 2018. According to reports, the upcoming season will be pretty interesting and will be longer than the first one. We have gathered all the recent updates and information regarding the show, so here is everything you need to know about the upcoming Chilling Adventures of Sabrina Season 2.

According to reports, the story of the upcoming season will pick up from eh finale of the previous season. Shipka revealed that the character of Sabrina changes and shifts a lot and the upcoming season would have a ‘different spin,’ on it. Fans will see whole new Sabrina who has completely changed from the first season.

According to reports, the upcoming second season will feature a total of 16 episodes.

Chilling Adventures of Sabrina Season 2 will be released on Netflix on 5th April 2019.