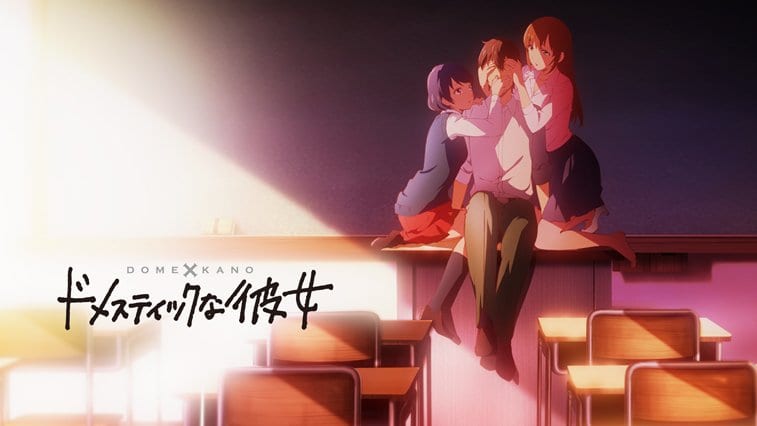 Domestic Girlfriend aka Domesutikku no Kanojo is a Japanese manga series that owes credit to Kei Sasuga. Since April 2014, Domestic Girlfriend was serialized weekly in Kodansha’s Weekly Shōnen Magazine, and twenty-two tankobon volumes of the manga have been released till date. Domestic Girlfriend is sold in the USA markets too published digitally in English by Kodansha USA under the banner of Kodansha Comics imprint. Sentai Filmworks approved the license for Domestic Girlfriend to be broadcast across North America and other such countries.

The anime TV series Domestic Girlfriend is directed and written by Shōta Ihata and Tatsuya Takahashi respectively. From January 12, 2019, through March 30, 2019, 12 episodes were aired. Domestic Girlfriend tells the tale of a schoolboy Natsuo Fujii who’s irretrievably in love with his teacher, Hina. At the mixer, he encounters an odd girl, Rui Tachibana. Both of them agree to go sneak out. The next morning, Natsuo’s father informs him of his desire to marry a prospective partner. It turns out, Rui is Hina’s younger sister, and they both are daughters Tokiko Tachibana, Natsuo’s dad’s love interest. Domestic Girlfriend is more of a coming of the age TV show, centered around the theme of youth, family, friendships, learning and career as Natsuo explores each of them separately.

Natsuo is voiced by Taku Yashiro, Tui Tachibana is voiced by Maya Uchida, Hina Tachibana by Yoko Hikasa, Momo Kashiwabara by Haruka Yoshimura, Miu Ashihara by Konomi Kohara, Akihito Fujii by Nobuo Tobita, Tokiko Tachibana by Yurika Hino, Fumiya Kurimoto by Takuya Eguchi, Yūya Masaoka by Takeaki Masuyama, Masaki Kobayashi by Kenjiro Tsuda, Alex J. Matsukawa by Tasuku Hatanaka, Shū Hagiwara by Daisuke Hirakawa. If Season 2 is commissioned at all, all of these characters will be back.

For now, we have no official word on Season 2 of Domestic Girlfriend. It so far has received mixed reviews from critics and we’re hoping it should get Season 2.