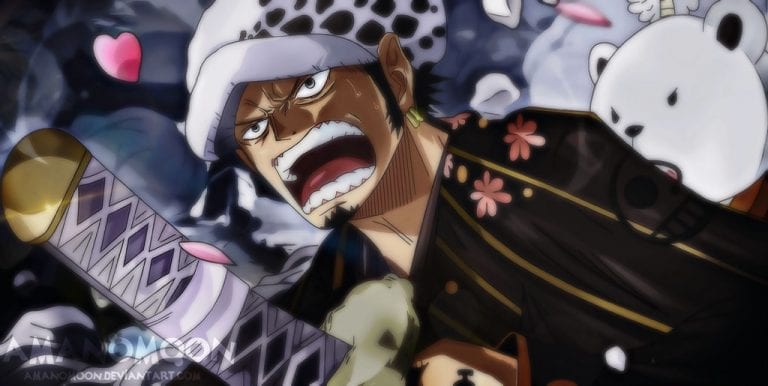 One Piece Chapter 938 came out recently, and it was probably the most average manga chapter that we’ve got in a while. It was short, which I don’t really mind, but it didn’t really offer much either. We started the chapter at Wano Country, and we could see what each group was up to. Sanji and Nami’s group had successfully escaped from the Bathhouse.

Meanwhile, Law was preparing to go and rescue his crew while Shinobu said that she wanted to kill Law’s crewmates because they could reveal important information. Inuarashi and Kinemon talked about the traitor of Zou, and somehow, this guy was also supplying information to Kaidou at Wano too. At the same time, Zoro passed out from his wound and Komurasaki saved him, revealing that she’s Hiyori after all this happened.

We now head towards One Piece 939, and I’m not sure how to feel about the Komurasaki reveal here. On the one hand, Oda is straight away telling us that Komurasaki is Hiyori. However, I don’t think that’s the case. I don’t want to believe it, and I think this is a trick of sorts. We’ll find out more about Komurasaki in the next chapter, but I’m sure that she’ll continue to be Hiyori for quite a while.

Luffy might fight against a few other members of the Beasts Pirates. For now, his training to improve his Armament Haki continues. The most important part of the story right now is Law trying to rescue his crewmates. I think it’ll be very interesting to see, and at the same time, it’ll give us a Law fight too. Unfortunately, we won’t be able to see it happen this week.

Meanwhile, Big Mom might get to the Mine Prison and eat the Oshiruko that’s been there for Queen. After this, a fight between Queen and Big Mom might break out, and we’ll see Kaido losing one of his men right there.