Noragami Aragoto is a great series to watch and enjoy as you deal with the darkness our society has to offer. However, after completing the series, many viewers wanted more of Yato and his journey to becoming a renowned God. Therefore, we were gifted with 2 OVAs, pretty similar to the first season, and in this article, I will give you my review on both of these OVAs that the Noragami franchise had to offer. So let’s take a deeper look into it, but before doing so, why not have a glimpse of the synopsis real quick?

These 2 OVAs are bundled with the limited editions of the 15th and 16th volumes of the manga. The 15th volume DVD was planned to be released on November 17, 2015, to adapt the Nijikan no Teikei ni So Koto (Following A Stereotypical Two Hours) story from the first volume of the Noragami: Shuuishuu spinoff manga. Whereas, the 16th volume DVD will adapt the manga’s 41st chapter, which includes the main characters visiting “Capypa Land.”

The story for both of the OVAs was pretty easy to understand. The first one involved the day where Hiyori visited a certain hill station and came across Yato and Yukine being there and Tenjin, Kofuku, and Bishamon along with their Regalias. It further portrays the interactions between Yato and a human who intends to kill him for his purposes.

The second one involved Yato, Yukine, and Hiyori visiting “Capypa Land,” as Yato has always wished for. Later on, Ebisu and Bishamon visit the Capypa Land as well, and the story focuses on their day as my boy Yato spends time with Yukine and Hiyori in his land of dreams. The story in both of these episodes focused on giving us more content consisting of Yato, Yukine, Hiyori, and all our beloved characters and their engaging interactions.

The show, as always, executed its story well. Both the OVA episodes were really funny as we watched Yato and his gang doing their stuff in their hilarious way. The humor relies a lot on its characters, so a sympathetic connection with characters was essential for making you smile, but as I have stated in my previous reviews, Noragami has engagingly portrayed its characters, and therefore, you would enjoy both of these episodes and laugh your heart out. 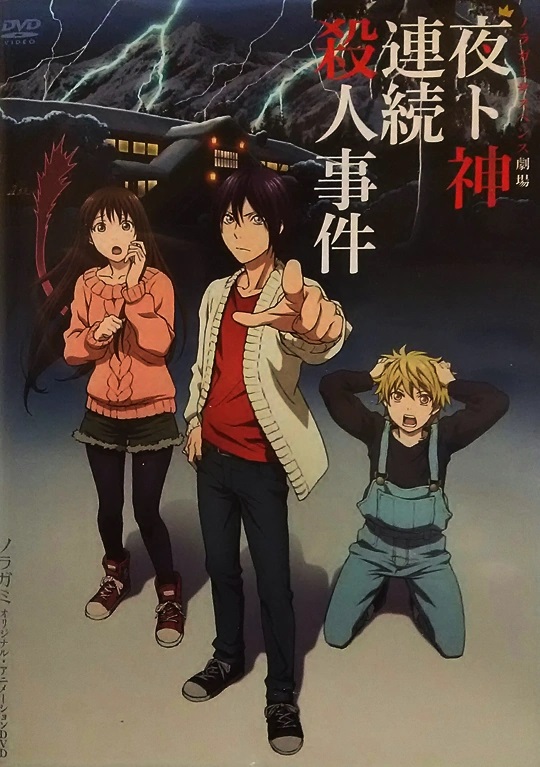 In terms of execution within the show, the episodes didn’t have any action in them, and therefore the entire action sequence choreography is not present. However, in the narrative itself, the guilt that Hiyori had regarding the Capypa Land was portrayed well. Also, all kinds of problems that Yato creates as well as a bit more depiction of Yato’s personality, were put forward in a fun way.

They are the stars as always! Noragami’s biggest redeeming quality is its cast and the way these characters were unfolded in the original series. They used this pleasing cast and showed them in a light-hearted, easy-to-watch manner. As stated earlier, they explored Hiyori’s guilt concerning what happened in the Capypa Land in the original series, and that exploration was quite necessary specifically to improvise the platform for the third season. Other characters like Bishamon, Ebisu, and Kofuku were also given their spotlight, and they played out well concerning the “Humor” aspect of the series.

Now, in both of these episodes, we weren’t able to experience the mind-blowing Noragami battle OST because there was no action in these OVAs (except for 6 seconds in the first OVA). However, in these OVAs, the soundtrack department showed their themes for humorous moments that made them even more engaging. They were not as vibrant as the battle OST, but the themes did the task of escalating the experience fairly well.

“Kyouran Hey Kids!!” by THE ORAL CIGARETTES is the opening song of Noragami Aragoto.

“Nirvana” by Tia is the ending song of Noragami Aragoto.

1. Unlike the first season of OVAs, there was no specific reason to watch these episodes. They didn’t contribute to the main story and felt quite separated. This wouldn’t have been a major problem, but the set of OVAs before these had some of the other valuable content that made those episodes contribute to the storyline.

2. The animation was really sloppy and lacked precision. It felt like they didn’t give any attention to sharpness at all. Now, for a comedy-heavy set of OVA, this is not a major issue, but they did disturb the experience to a certain extent.

3. This is something I am not exactly sure about. How did the normal human “SEE” Yato? It has been mentioned that Yato and Yukine can’t be seen easily, so how did that guy see him? Maybe it’s a hole, or maybe they would explain it in the next season.