In this week’s post, we will be focusing on Ahiru no Sora Episode 38 preview, and a recap of the last episode. Sora is just staring at Momoharu and he shouts that ” have you started going bald Momoharu”. Momoharu replied that is that the first thing you need to say to me. They both said that because it was a long time without seeing each other.

Momoharu and other guys were finally allowed to return form the suspension once the rainy season hit. All the guys went to the staffroom and apologize for all the trouble they have caused. The coach asks them to write their name and class numbers on the list. Take a look at the updates below. 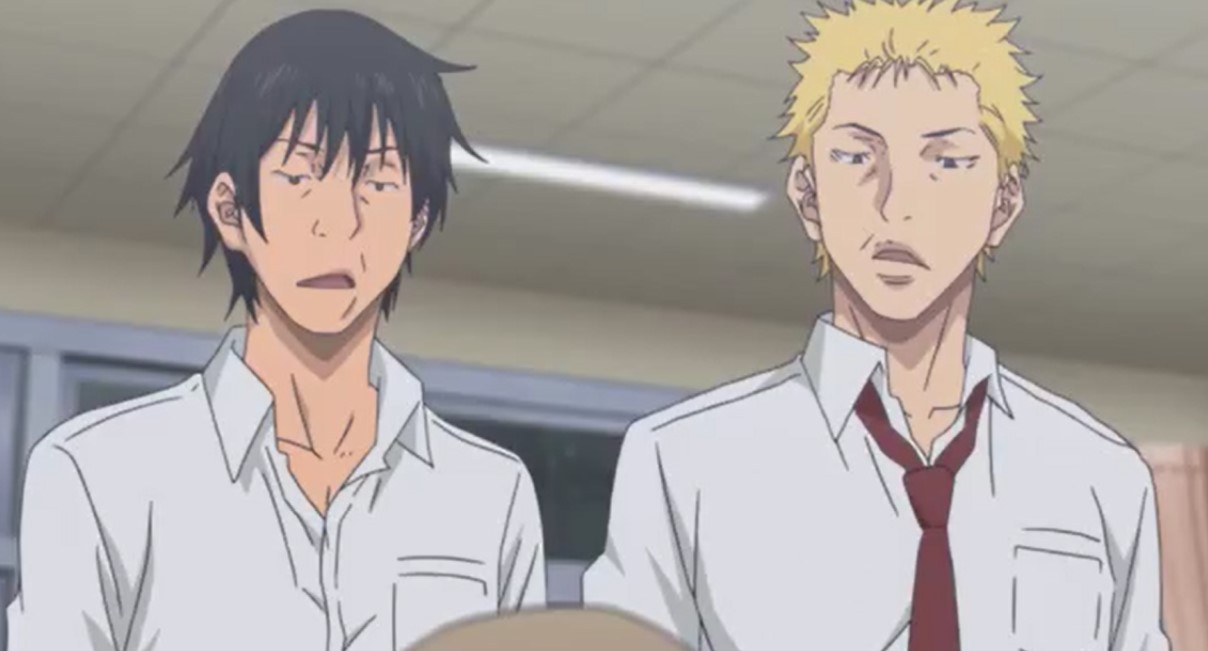 Momoharu is finally back with a new hairstyle, Mokichi asks Nanao if she has found an advisor. Nanao replied that things are not going well and it seems hopeless. Mr. Satsuki is the only one left for them to try but the decided no to try him. Natsume is still figuring out whether he should join the other team or stay with his team.

Momoharu and Sora decided to convince Mr. S. Sora told Momoharu to keep on moving forward without focusing on the past life. Sora thanked Momoharu that he is the one that gave him the confidence to play basketball. Madoka is practicing basketball with other girls and she has discovered that Sasaki wants to quit the team.

Madoka is thinking about Momoharu meanwhile Sora is training with Nanao. She has decided that they must dash for 30 to 100 meters to build their stamina. For Sora, it is 4 sets of 10 minutes each and it will make him mentally tougher. Momoharu begs Mr. S to be their advisor again for them to reform the basketball team.

Mr. S said that there is nothing he can do he wants him to imagine how he would feel about the situation. If he was another student or teacher but he wanted to help him the problem is the position that he is in. The principal told the basketball team that they have to make the teachers understand their passion for basketball.

Nanao suggested that they should have a match in front of teachers to convince them for one of them to become their advisor. Since Mr. S is not allowed to be associated with them until further notice.