In this post, we are going to talk about La Casa De Papel (Money Heist) season 3 cast, and details. As we know, La Casa De Papel is considered as one of the most binged shows of 2018. It was seen that the Spanish show is winning hearts all over the world since it was released on Netflix. For those who do not know, the show was an original show of Antena 3 network. Netflix is streamed two seasons of the show right now, but we are here to discuss about the third season.

All the fans were amazed to see such a story as it has a unique touch to it which is unparallel. The way the team plans and executes the heist makes it even more interesting. So, will there be a second season of the show or not? The answer is a big yes! Netflix has already renewed the show and the work is also under progress. Which means, we are not too far from the third season. 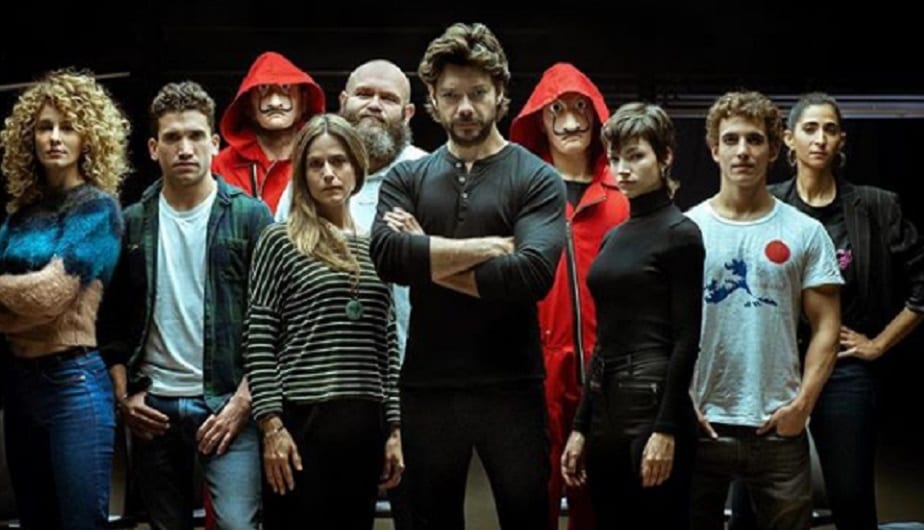 The show was initially made by Antena 3 network, but now it will be produced under Netflix Original banner. It would be interesting what kind of approach do they have because the content is more important than banner. Usually, Netflix pays utmost respect to the revived shows and makes them even more interesting, this show would not be an exemption!

However, Netflix has not provided afor the show! But it was announced that the third season will release in 2019. It makes too hard to predict thebecause we do not even have any record of the previous season release. Nonetheless, we can expect the third season in the first half of 2019, as the show was renewed back in April 2018. As we have entered into 2019, it seems like we still have some more time to wait, because there are no further advancements noted. Everyone is eyeing for Netflix’s official announcement of update. (Updated details at the end)

Moving on to the cast, then we are supposed to see the main team again, as the professor will bring in more heists. After the first two seasons exploded, fans are eagerly waiting to see more mind games from the team. Moreover, majority of the cast members are supposed to return, take a look it the list!

We have a teaser of the upcoming season, which is as follows!

We now have everything we needed to know about the show, but nothing helps unless we get the next season. While we call it a season, Netflix calls it Part 3 of the show, which is also called Money Heist in English. The second season of La Casa de Papel is supposed to drop on Netflix on 19 July 2019. Theis just a few days away, so get ready to see more heists from the team.

The next season will see the return of all the major cast members, led by Alvaro Morte as the professor. An official trailer is also out, which you can watch below!