The Walking Dead Season 10 trailer has already been released, and it has teased what is coming for the survivors of the zombie apocalypse. The ninth season of The Walking Dead brought many changes to the series. Many major characters were removed from the series, and there was a time leap of six years. These changes are key to breathing new life into the series. From the trailer of season 10, it seems that AMC is gonna keep on doing more of the same stuff. 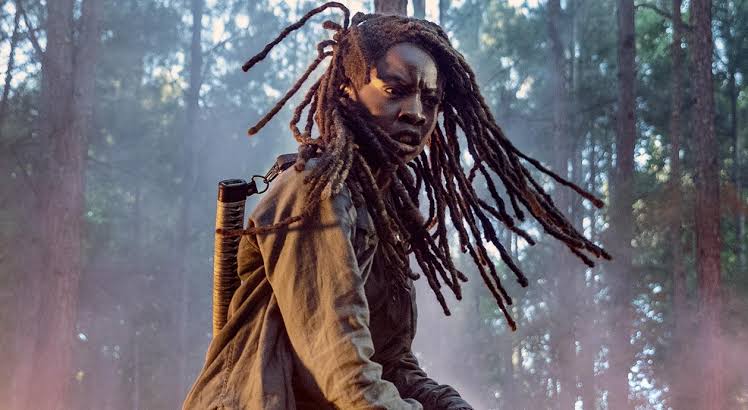 Michonne from The Walking Dead

The trailer for season 10 premiered in Hall H at San Diego Comic-Con. Afterward, it was released online. From the trailer, it is almost 100% confirmed that the survivors and the Whisperers would be going to war in the upcoming season. We can see, “Silence The Whisperers” painted on walls and sidewalks all throughout Alexandria.

With the Whisperer War, there is bound to be at least one fight at the Oceanside community. In The Walking Dead season 9, Oceanside didn’t feature much. There are going to be fan favorites sharing moments between Carol and Daryl. In the trailer, we see them discussing their future options.

The new season will see a new character is being added. The Walking Dead season 10 will see Dante coming in. Dante will be played by actor David Shae. In an announcement during The Walking Dead panel at San Diego Comic-Con, it was revealed that season 10 would be actually Danai Gurira’s final season as Michonne.