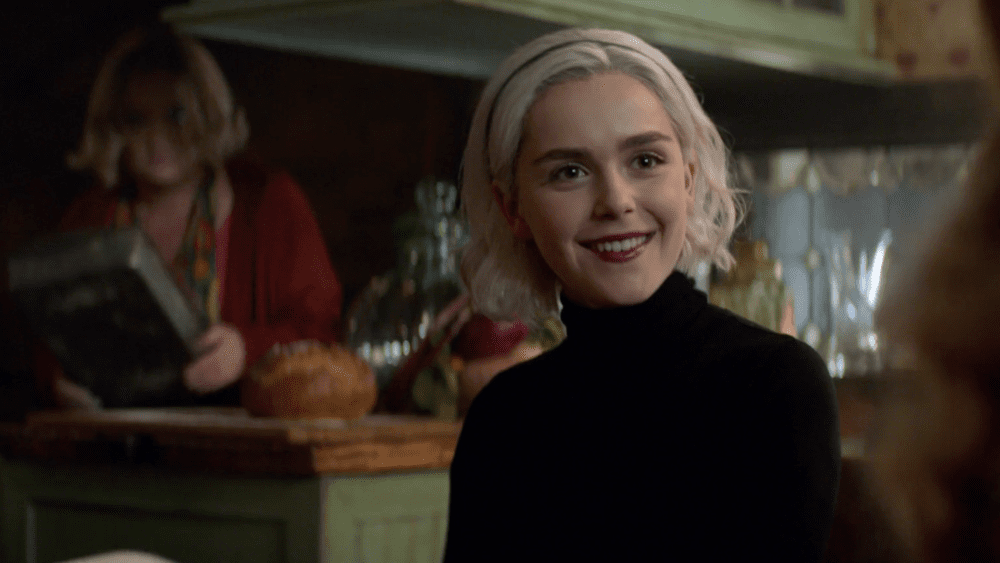 Chilling Adventures of Sabrina season 3 is all set to come back. Not only season 3 but season 4 as well. The production company behind the show confirmed Chilling Adventures of Sabrina season 3 and season 4 which means there will be massive twists and turns in upcoming series. Creator of the show Roberto Aguirre-Sacasa showed her most profound gratitude to Berlanti Television, Warner Bros, Netflix and Archie Productions for supporting the show. Here’s the official announcement post posted on the Instagram account.

Chilling Adventures of Sabrina part one or season one aired on streaming giant Netflix back in October 2018. It consisted of a Christmas Special episode alongside, A Midwinter’s Tale, landing mid- December. Comparatively due to the massive success of this show the season two aired on Friday, April 5, 2019, dropping all episodes.

If you take these two release pattern in mind, you can speculate Chilling Adventures of Sabrina Season 3to be in October. Although it is just a speculation period and production company nor Netflix has yet announced an exact update.

Season 3 trailer is not yet disclosed although we do have the trailer of Chilling Adventures of Sabrina Season 2. Season 2 of the show would be all about Sabrina embracing her powers after committing full time to the Academy of Unseen Arts. This means fans would see her darker side coming out.

Despite her newfound independence, courage and developing knowledge of what she’s capable of, this is still Sabrina we’re talking about, which means the half-witch-half-mortal isn’t about to toss all of her morals out of the window.

While all the fans want to know more and more about the next season, nothing is coming out to talk about. Nohas been teased, neither we know where the show will pick up from. Hence, it would be advised just to wait for some official details to come out.

However, more information on Chilling Adventures of Sabrina Season 3 was revealed by Chance Perdomo at an award function. Chance did not want to say anything, and he only said, “You can expect a lot of badassery.” It does not change anything, but it looks like Chance is pleased to be in the show, and playing his role.