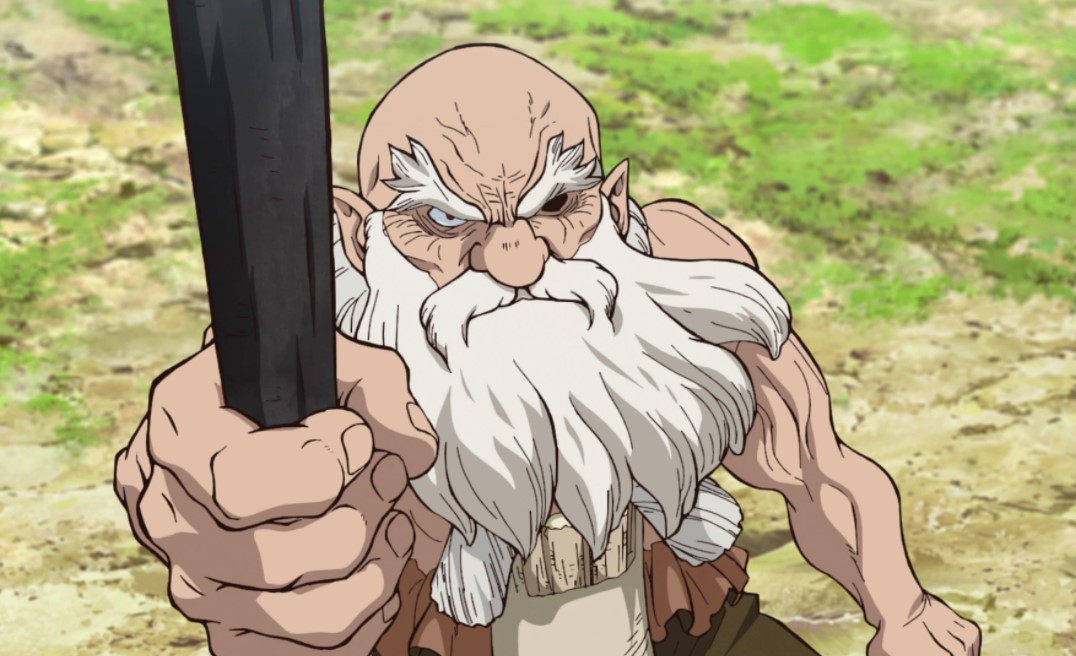 Chrome is with Hyoga, Kohaku, Tsukasa, Ukyo, and Suika they are digging a tunnel towards Xeno’s territory. Hyoga uses his new technique called Kan-Ryu Spear to dig the tunnel and everyone is impressed. Chrome wanted to stop Hyoga from digging after seeing the results he said Hyoga can continue. Tsukasa said that they will strike bedrock and it will require a scientific blade which is the drill.

Chrome said that Kaseki is working on the drill. At science consultant, Kurae Kaseki has finished making a new weapon called a spiral sword. Ryusui decided that they have to deliver all the tools they made to Chrome’s location. Ogawa told Taiju and Luna that she is leaving Senku in their hands. Later Taiju went out and met with two scouts who are playing with a car. He decided that he should enjoy riding with them.

This month we end it with the latest development of Dr. Stone Chapter 163 recap. Down below we will see whether the scouts are enemies or not. The plan is in action now and everything is prepared, Chrome will lead everyone to Xeno’s territory. Take a look below before you move on. 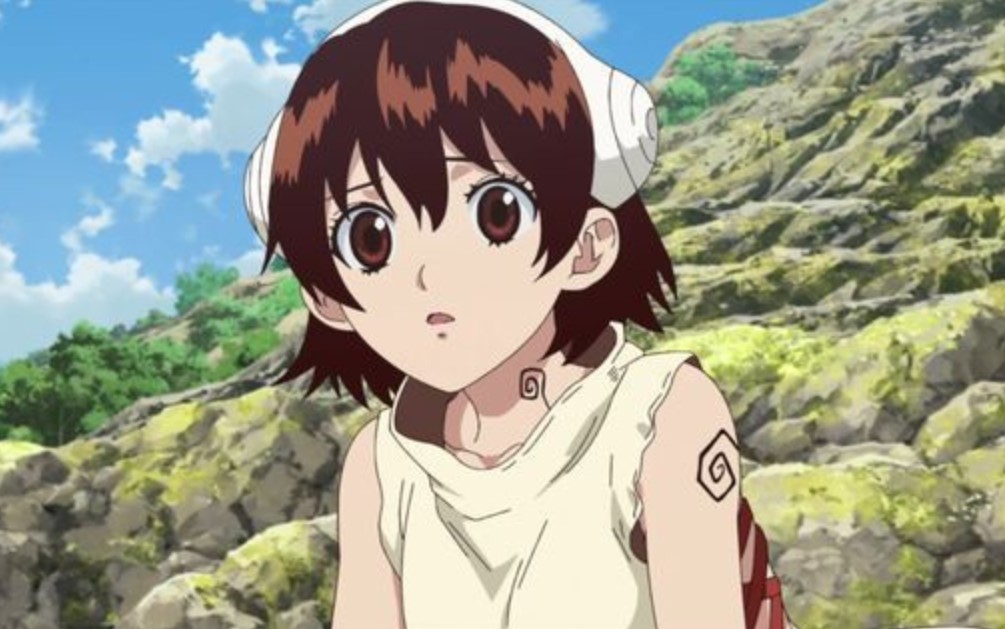 The two scouts whispered at each other saying that they don’t understand Japanese. One of the two scouts is Carlos he is with Taiju and the other one is away. Taiju apologizes to Carlos that he does not understand English. He mentioned Luna’s name and Carlos asks if she is safe. Taiju replied that she is taking care of his good friend referring to Senku. Taiju said he does not care even if Luna is a spy and she agreed to look after Senku.

Taiju reaches where Chrome and others are and they tie Carlos. Taiju asks them why are they tying him Hyoga said if they untie him he will go to Xeno and reveal their secrets. Chrome is happy to see all the weapons that they are going to use for their plan. Meanwhile, Carlos thinks that Senku’s crew is full of High Schoolers a little younger than Luna. The drill is now ready they are going to start digging through.

You can get Dr. Stone Chapters online as soon as they are released on VIZ Media and Shueisha’s Manga plus official platforms. Raw scans for new chapters are released 2-3 days before their respective chapters are published. To support the Manga creators and publishers, we advise you to read the digital copies from their official websites and apps.