After the huge success of Pokemon Go, and Wizards Unite, Microsoft is taking itching to get involved. We all know that Microsoft owns one of the biggest brands in gaming— Minecraft. Microsoft is planning to release an AR-based block-building game called, Minecraft Earth. Minecraft Earth is an adventure that is akin to the existing Minecraft. The game uses augmented reality to overlay Minecraft creations onto the real world.

In this game, you have to use your smartphones to build creations anywhere you like. The other players can watch what you make with the help of their phones. It is not going to be just a solo thing, so you can expect to collaborate with your friends. You will also be able to battle Mobs. Once you collect them, you can place your own mobs in Minecraft Earth.

The game’s demo was first shown publicly during Apple’s WWDC keynote at the start of June. A demo of the game showed that it will be available on both Android and iOS 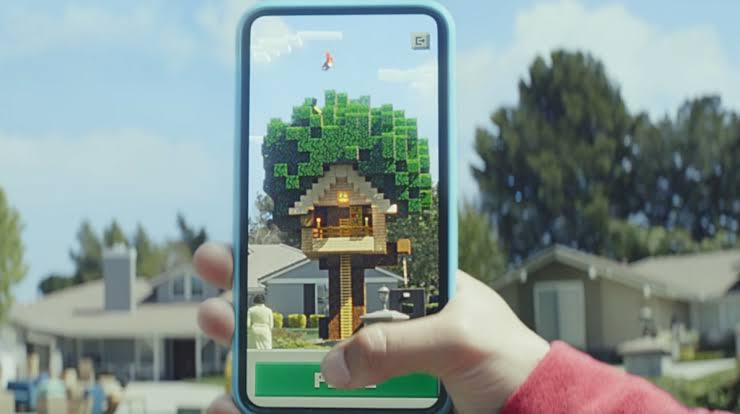 The game started as a closed beta on iOS and Android for selected users that signed up on the pre-registration page. The game is currently restricted to users in London, Mexico City, Seattle, Stockholm, and Tokyo. According to Microsoft, the game will exit closed beta and enter early access in October.

Both Android and iOS devices are supported. All those devices who are capable of running AR will be to run it. Some features are exclusive to iOS and it will require more recently released handsets.

The Minecraft Earth is completely free, with all paid elements locked-off in the closed beta (but might become available in the early access build). The full version will be a free-to-play game, meaning you can download it at no cost and use the AR title as often as you like without hidden fees.