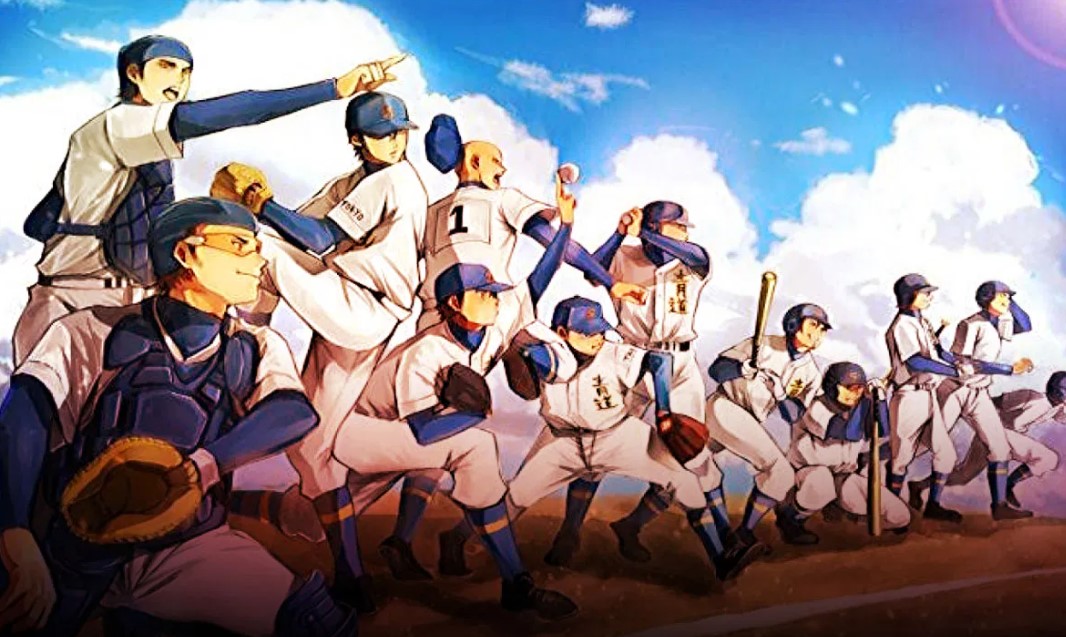 Earlier before the SF starts, at Tokyo Suginami Ward Yakushi High School the 3rd year choose Akiba to be their new captain. Mishima wasn’t chosen to be the captain since he didn’t have the quality to lead. Raichi didn’t get involved with the practice since he thinks that he is responsible for the summer loss. Other players think that it is too early for Akiba to lead the team. But the coach guaranteed them he is the right choice.

The team is preparing for the upcoming summer tournament. The coach is worried if Raichi is not thinking about quitting baseball for good. The coach told others to tell Raichi to show himself at practice for some time. Back to the present Sankou and Sediou are still clashing to reach the Finals. Top of the 4th 2-Hole Mori is cornered before long with the count now being 1-2. Miyuki notices that Mori is too slow to swing his bat and he is expecting Sawamura to fires a powerful pitch.

Diamond no Ace Act II Chapter 234 will be released on Thursday, 26 November 2020. New chapters of the manga are always released on Thursdays. Note that this Manga keeps on taking breaks due to some of the interruptions and its chapter gets delayed. Take a look at the recap below.

There is no need to throw slow breaking balls. Sawamura throws a fastball at full speed and Mori connects sending it to the 2nd and he catches it. Mori is now out on a fly to second and Sankou is left with the three-handed power hitters. Miyagawa steps up to bat on the third and Sawamura notice that he has to change his gameplan. Since his opponent can hit a homer and Sawamura plans to take the trio using his all power to overwhelm them.

Sawamura fires a fastball which becomes a strike and now he is going for the 2nd pitch. Sawamura makes another nice pitch that also became a strike. Miyuki notices that combinations of Sawamura’s pitch are working well. Sawamura made a tight inside attack that result in a ball. The count is now 1-2 and Miyagawa thinks that the inside pitch is annoying and he is ready for the inside or outside pitch. Miyagawa connects to the 3rd but it wasn’t enough.

The 1st baseman fails to catch it and Miyagawa is moving towards the 2nd baseman. It is 1 out with the runner on 2nd and Miyagawa manages to make it back home safely. Batting on the 4th 1st baseman Hoshida and Amahisa said that the game flow is no good. He yells at Sawamura that he is sorry and Sawamura replied that they must just get over it. Will find out next time if they can do something about the foreboding game flow.

You can access Diamond no Ace Act II chapters are available in the Manga One magazine. Keep in mind that there is no official ways or websites where you can read Diamond no Ace manga. So you can support its creators by reading your manga from the magazine.