While we are already facing a pandemic in the real world! Stephen King’s revisited version of The Stand brings its own pandemic to television at the end of 2020. “The Stand” is considered one of the highly appreciated and one of the best books written by Stephen King, is praised time and time again throughout history, from Rolling stones to Time Magazine to BBC to Amazon and, also nominated for  World Fantasy Award for Best Novel in 1979. The book had a unique taste in itself and has been adapted from a television mini-series in 1994 to a comic graphic novel by Marvel in 2012.

2020 brings back the show in a new dark vibe of its own, which premiered with the first episode on December 17, 2020. While the new audience who have not witnessed The Stand keeps comparing the book’s pandemic to the pandemic in the real world, here we are discussing how the show is holding up after the release of the first episode on CBS all access. 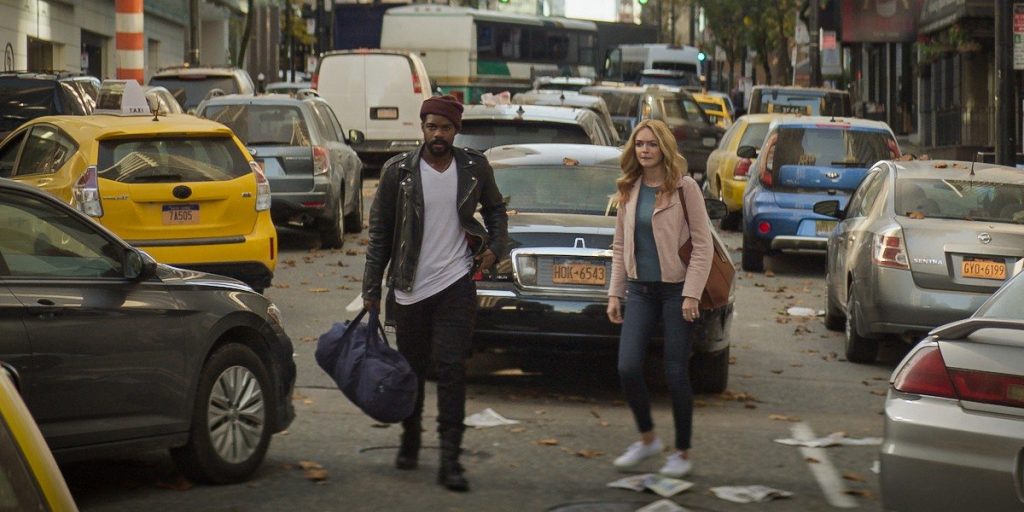 We agree that a show should never, like never, should be judged based on one episode or one season; we right here are only analyzing the first episode what to expect from the new take and no spoilers or discussion. So let’s begin,

So, The Stand (2020), directed by Josh Boone, was one of the shows that completed its shoot before the industries went in lockdown, so yes, it doesn’t seem like we will be getting only a few episodes in the beginning. Anyway, moving on, what the viewers and people around the world felt about the show in fewer words is “Stopped” and “a lot of flashbacks,” although they are easier to follow the storyline, still.

As we said above, in the post-pandemic world of The Stand, the first episode featured Colorado’s society comprising a small number of people. The first episode featured two to three flashbacks on the lives of people before the apocalypse. It portrayed many differences between the community’s people with struggles and fights they go through daily in the post-apocalyptic world. Still, even with flashbacks and the main storyline crossing from time to time, the show has been easy to follow, so no issues. But yes, some scenes question you a lot. The show had an isolating effect of its own, and there is a lot of partial information keeping the audience not so excited about what happens next.

We like to say that the show is kind of taking it very slowly, and episode 1 has nothing much to offer. According to the book, with many characters to be introduced in the coming episodes, we should hope that show picks up the pace, or else we will be seeing another great story dipping down soon. The idea of post-pandemic portrayed is a scary thought to itself, learning from the fact we are currently in a pandemic, and yes, the plot can pick up a fantastic take if done with great execution. Josh Boone has made sure to create many mysteries and kept the audience thinking that they are revisiting the same old stuff time and again, but there is something wrong.

Like ABC’s Lost, the show portrays the central characters as heroes, and while their parallel flashbacks reveal their dark history. Though the show is still supposed to be a story about the victory of good against evil, its godly approach is probably what’s stopping it. It will remind you of the show Netflix’s The Mist, another adaptation of Stephen King’s novels. Maybe not also, because The Mist was canceled upon its first season.

Anyway, we still hope the show picks up the pace as it still has many fans hooked and who knows what could turn out of it. In simple words, anything can happen, so stay tuned for more updates and further review of the show.