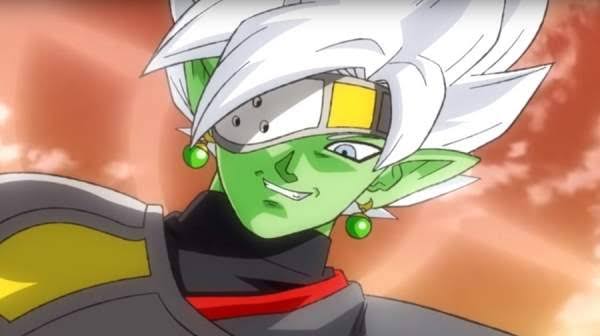 Dragon Ball Heroes Episode 6 was pretty good when compared to the previous ones. I don’t think the series is worth watching seriously, but it is still something to kill time until Dragon Ball Super returns. The previous episode put an end to the whole Cumber fight, but this time, Goku needed to go Ultra Instinct to defeat him. Cumber proved to be a very powerful foe for Goku, but once Ultra Instinct kicked in, Goku made quick work of him.

So what next for Super Dragon Ball Heroes? It appears that in the next episode, we’ll be treated to some more fan-service fights. We will see Kelfa return in the next episode, which is always fun to watch. If you guys have watched the preview already, you probably know that Kefla will be fighting against Zamasu.

Zamasu has returned in Dragon Ball Heroes, and it seems he’s way stronger than before since he is tanking hits from Kefla with relative ease. It seems like Kefla is in for a tough fight. Zamasu also looks pretty weird. He a strange costume on and I don’t know why that is. Aside from those, we will also be seeing Broly in the upcoming Dragon Ball Heroes episode.

It seems Broly will be fighting against Super Saiyan Blue Gogeta and this has definitely been made to parallel the movie, in my opinion. Of course, the Dragon Ball Heroes episode isn’t going to come even close with their designs, but we’ll see what the episode is going to be like. I hope that we get a bit of entertainment as we got in the Goku ve Cumber fight.

Dragon Ball Heroes Episode 7 will be released on 10 January 2019.