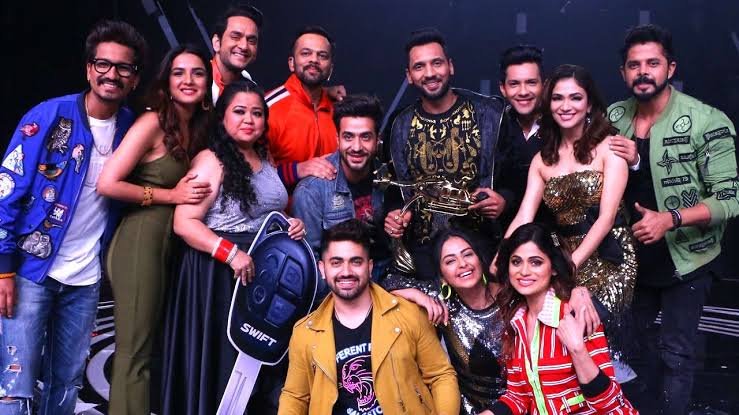 As we all know, Khatron Ke Khiladi is a stunt-based reality TV show in India which is telecasted on Colors, and it’s subsidiary platforms. Having completed a total of nine(9) seasons successfully, the show has garnered huge fan following and attracted viewers across platforms. Season 10 of the action-packed show is eagerly waited for as we head towards 2020. The show is inspired by an American show of the same genre named “X-factor.”

What is the Khatron Ke Khiladi Season 10 overview?

The new season of Khatron Ke Khiladi is set to be filmed in Bulgaria. The creators expect bigger and better action for Season 10. The new season is expected to comprise deadly tasks and surprising twists to devour the participants to the core and amaze the viewers. Sources reveal that celebrities and popular personalities from serials, sports, and other fields will participate in Khatron Ke Khiladi (KKK) Season 10.

Who can feature in Khatron Ke Khiladi (KKK) Season 10?

Some of the probable contestants of KKK Season 10 as hinted from insiders close to the creators include Yuvraj Singh, Shaan, Amruta Khanvilkar, Karan Patel, among others.

The host and ‘dost’ of the show, as always, is our perennial director and filmmaker from the Bollywood Industry – Mr. Rohit Shetty.

As said earlier, the new edition of Khatron Ke Khiladi Season 10 is all set to be filmed in Bulgaria. The presenters, broadcasters and other stakeholders surrounding the show may not want a clash between KKK Season 10 and Big Boss(BB) Season 13. Hence, calculating all odds, it is revealed that KKK Season 10 will the television sets on 18th January 2020. Likewise, The creators may also like to upload their episodes on application-based platforms as well. More details about the show are awaited. So, stay updated with Otakukart!