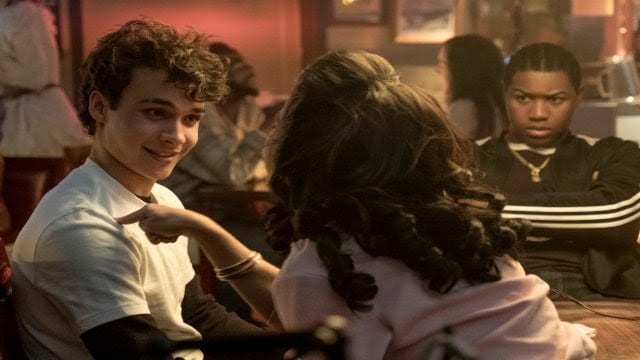 In this post, we are going to talk about Deadly Class season 1 episode 6 where to watch, and spoilers. But before even talking anything about the upcoming episode, we must talk about the previous episode. What an episode was that? It had more adventure than a 2-hour movie. We saw Billy along with Saya, Marcus, Maria, and Willie going to kill Billy’s father.

Soon, they stopped at a place to buy some drugs, as usual, where Marcus took a lot of LSD that he could barely stand. They somehow reached Las Vegas and to the hotel where they had booked a room. Then Marcus and Billy went to kill his father, and they successfully completed the task. Afterward, Marcus was attracted to a slot machine where he started gambling. Then he was arrested by a cop for using fake ID and gambling while underage, but he sorted that out by offering his slot machine winnings.

Then Marcus went to Maria where she showed him her fake passport to escape from Chico when Chico arrived and tried to kill them both. He followed Marcus while he was fleeing and they had a fight in a convenience store. Chico killed the shop owner and Maria slit his throat. So, it was an episode full of bloodshed and let us move on to the next episode!

The show is now five episodes deep into its debut season, and the sixth episode is due this week. The sixth episode of Deadly Class season 1 is projected to release on 20 February 2019. The show is broadcasted on SyFy channel at 10 PM every Wednesday. The next episode is titled ‘Stigmata Martyr.’

The next episode will feature Marcus and Maria dating, which is really quick. We know that Maria slit Chico’s throat in the previous episode, and the next episode is going to feature a new man in her life. However, they will keep it a secret! Nevertheless, Chico’s death is still not widespread news, but the next episode might feature the consequences! Take a look at the trailer of the next episode!