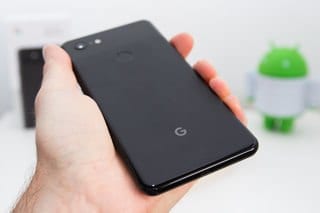 Pixel 3 and 3 XL came under a lot of scrutinies for their designs and for the fact that there wasn’t any 8GB variant available. So, there are huge expectations riding on Pixel 4 and 4 XL. The phones are expected to be released in October 2019.

There has been a lot of talk about the design of Pixel 4 and 4 XL. The design of its predecessor was one of the main reasons why it was disliked a lot. So, Google will definitely have to put a lot of effort into the design of their upcoming smartphones. According to rumors, Google is looking to use the all-screen display along with a dual-lens selfie camera. Also, it won’t have a notch, and there will be dual speakers who will be built directly into the screen. Due to the removal of the notch, there will much more screen, and that is welcome news for the fans.

It is currently unknown whether Pixel 4 and 4 XL will have a common design. Pixel 3 and 3 XL had very little in common design. They were designed by Google and built by Foxconn. Previously, Pixel 2 and 2 XL were built by HTC and LG respectively. It will be interesting who is going to design the new phones.

It is no brainer that Google has placed a very strong focus on photography. Google delivered arguably the best camera with Pixel 3. There are rumors that Pixel 4 will have a second telephoto lens with a 2x optical zoom.

The phone will most likely have Android 10.0 Q, which is expected to launch in August 2019. Pixel 4 and 4 XL will have Snapdragon 855 as well. It is expected that Pixel 4 might actually be the first 5G phone from Google. However, some rumors suggest that Pixel 4 won’t be a 5G device and only Pixel 4 XL will support 5G. I am not sure that this would be a wise decision from Google.

Another thing that needs work is the storage on the Pixel phones. So, we might see a 256GB variant. If I were highballing, then I would say that Pixel 4 might have 256GB and 4 XL would have 512GB expandable storage.