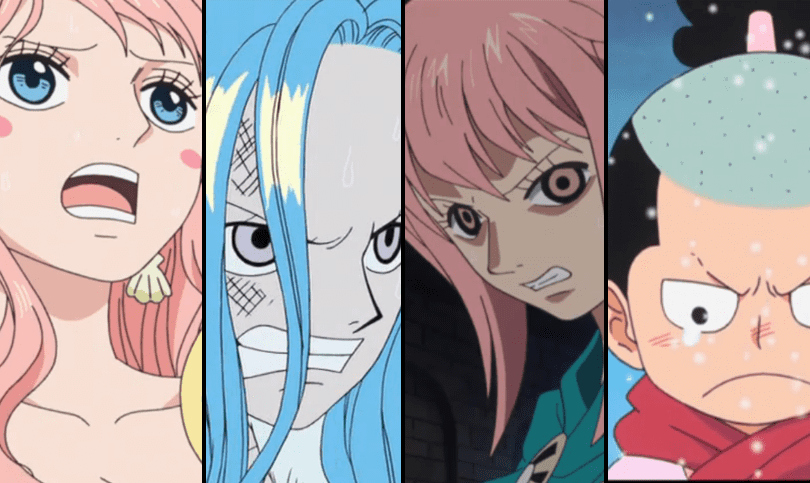 Today, I’ll be talking about One Piece 879. This week was our first step towards the Reverie which is going to begin very soon. The Reverie arc has begun already, but the event itself hasn’t. One Piece Episode 878 was a mixed bag really.

I didn’t really like the old stuff that we had to see once again in this episode. I did enjoy the new stuff that we got with Luffy and Sanji’s bounty and the reaction that everybody had to it. He is now considered to be one of the Yonko of the sea. However, this is only because Big News Morgans blew up the news.

He didn’t exactly report what really happened and Luffy has thus been called an unofficial emperor. So, let’s talk about the next episode of One Piece now. Before we begin, I want to let you all know that this post contains spoilers from the current arc of the anime itself. There is stuff that you probably wouldn’t want to know if you don’t like spoilers. If you hate being spoiled, I suggest that you stop reading the post here. However, if spoilers don’t bother you, we can get started.

At the same time, we’ll now be focusing on Koby’s improvements too. He’s become a Marine Captain, which is the same role that Smoker had before the timeskip. Koby is strong enough to deal with super fast torpedos and has mastered the rokushiki entirely. It’ll be interesting to see him next week. What’s more, we’ll also get to see some flashbacks, but I’m not too interested in that. Let’s hope the next episode is a good one.

One Piece Episode 879 will air next Sunday. We’ll have to wait until 7 April 2019 to watch the episode. You can stream it on Funimation.