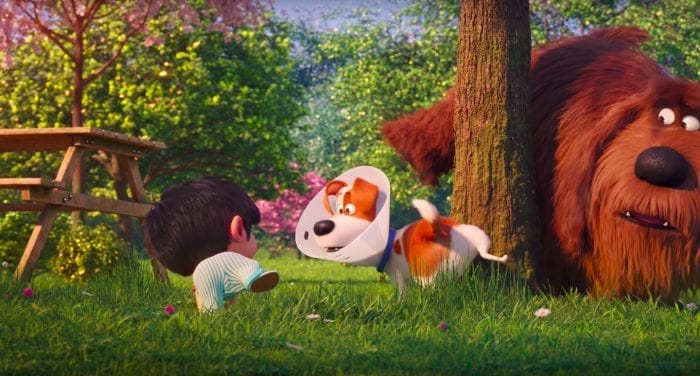 Fans of 2016’s animated blockbuster hit, The Secret Life of Pets, is getting a sequel later this year and that’s exactly what we’ll be talking about in this post. The first movie was a huge success, and it managed to earn a worldwide total of over $875 million, which is huge. The sequel has huge boots to fill, but we think it’ll do just fine. Let’s talk about what we know about The Secret Life of Pets 2 now, shall we?

Before we begin, please note this post will contain official spoilers from the previous movie, and maybe from the upcoming one as well. If being spoiled is not for you, I suggest that you stop reading the post here. However, if spoilers don’t bother you, we can get started. Also, note that we did not create the spoilers or leaked them. They’re available all over the internet.

So, many fans have been wondering whether the cast for the movie will return, and the answer to that is yes. We’ll see the likes of Kevin Hart, Jenny Slate, Eric Stonestreet, Ellie Kemper, Lake Bell, Dana Carvey, Hannibal Buress and Bobby Moynihan in the movie for sure. But, there will be some new additions, and they look very exciting. Tiffany Haddish (The Last O.G.), Nick Kroll (Big Mouth), Pete Holmes (Crashing), and Patton Oswalt (A.P. Bio) will all be in the movie as well.

We’ve already got a trailer for the movie, and if you haven’t checked it out yet, you can do so down below:

So when is the movie coming out? You don’t have to wait for the movie for too long now. It will premiere across theatres on June 7.