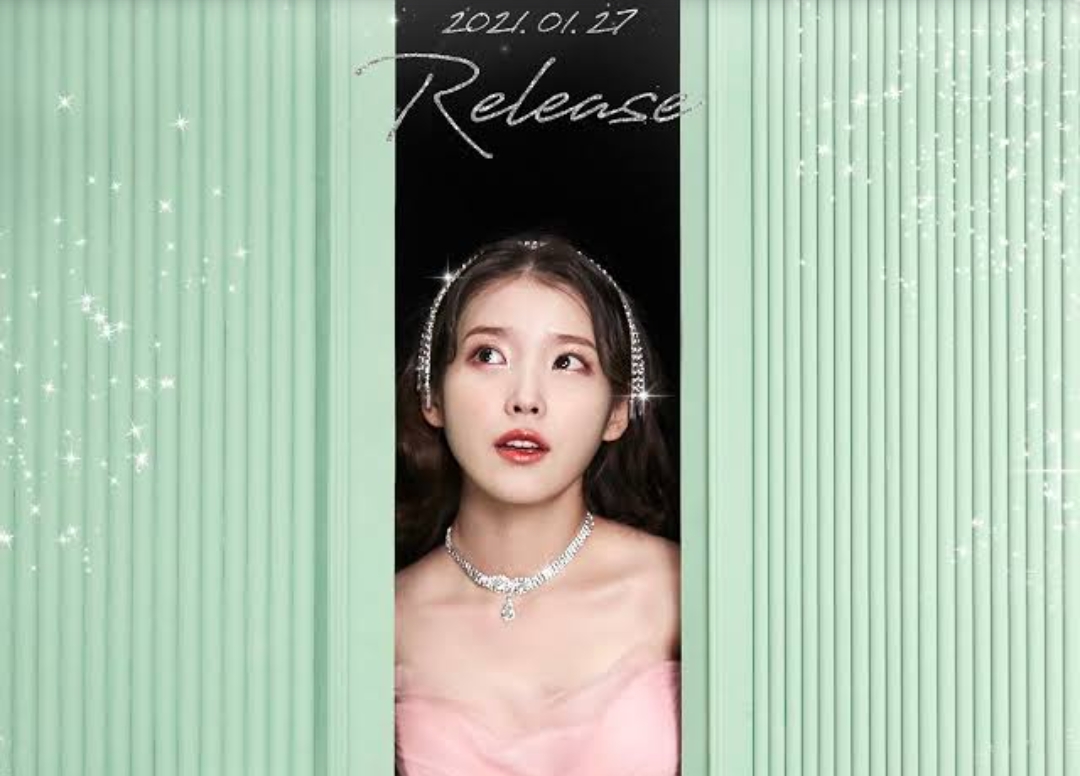 With songs like Dynamite and Ice-cream by K-pop artists hitting charting billboards, the number of people listening to K-Pop has increased by leaps and bounds. This music genre has recently gained so much attention that young people get obsessed with the artists and their work, both domestically and internationally. Known as the trend leader in Asia, K-pop songs are seen almost everywhere, starting from YouTube covers to platforms like Tik Tok and Instagram reels. If you are here to update your K-Pop playlist, all you need to go through this article. We have made a list of the top ten trending and hottest songs of the year so far, from the K-pop world. 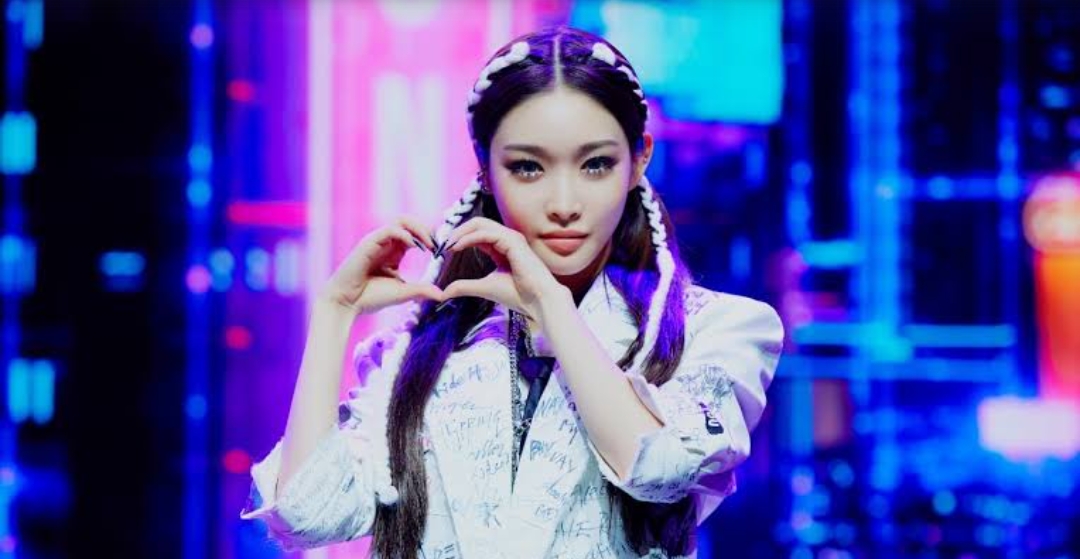 Bicycle is a track from the debut Korean-language album of Chungha titled, ‘Querencia’. The song pretty much incorporates pop and R&B genres with trap beats and intense fuzz guitar sound. Chungha has indeed proven her versatility as a vocalist along with giving a small glimpse of her songwriting and rapping skills. The lyrics demonstrate power, self-reliance and independence accompanied by a strong backdrop of sensuality. The music video is fierce, inspired by neon cinematography giving it a futuristic finish overall. 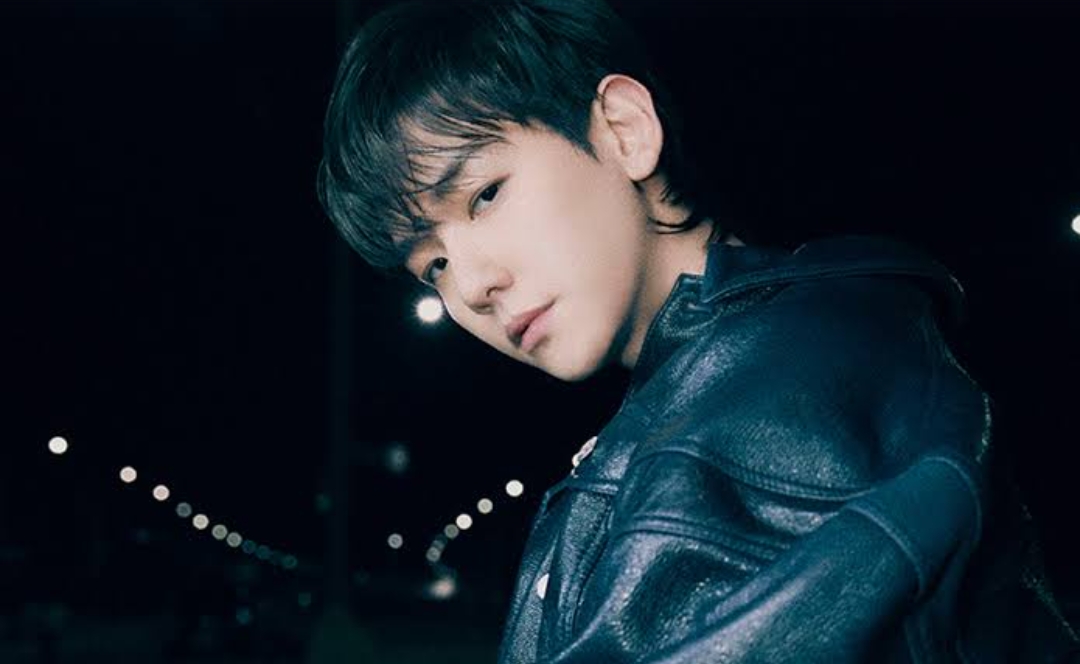 One of the original members of the iconic K-pop boy band EXO, Bambi is the title track of Baekhyun’s fourth overall album that was released in the last week of March along with the music video of the same. The track has a sinuous charm that gives it a dynamic feel. Baekhyun’s fluid vocals thought-out the song coming across as an r&b run instead of a straight delivery, along with the power notes towards the end are some of the highlights of the song. Bambi is pretty much an R&B song, with the dark and groovy theme acting as a departure from his last single, ‘Amusement Park’. The song begins with many vocal backflips and that is sustained throughout. With Baekhyun’s mandatory military enlistment due soon, it was necessary for the fans to be treated with some great music coming from him before one of the most loved idols is send-off.

I’m Not Cool by Hyuna 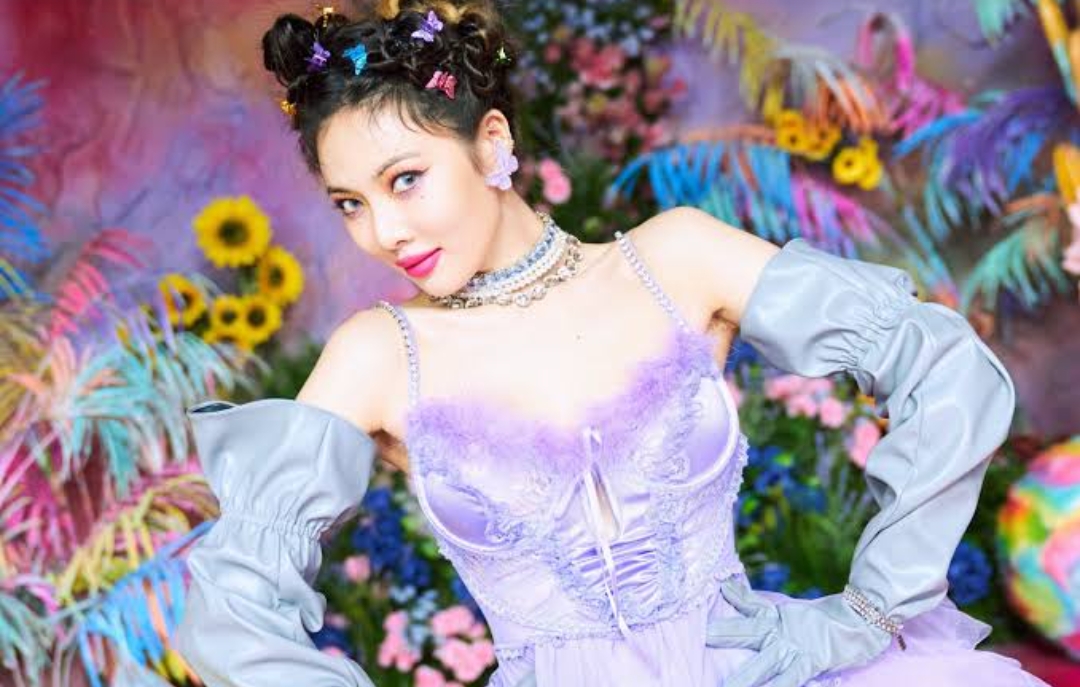 The song is featured in the seventh Extended Play of the singer titled the same as the track. The lyrics have been penned down by Hyuna in collaboration with Psy and Dawn. The song is catchy, enthusiastic and Cool‘s verses and pre-chorus are some of the highlights of the song. Pretty much of Hyuna doing what is best at, the music video was indeed bold and powerful, with her enjoying the choreography as much as she can, lifting the visual interpretation of the song. The fast upbeat tempo as observed in the chorus matches perfectly with the performance of the singer. Not to mention her facial expressions which are indeed something that must be watched out for! Overall the song deserves the hype that it has been receiving, being totally addictive and playful.

No Diggity by ONEUS 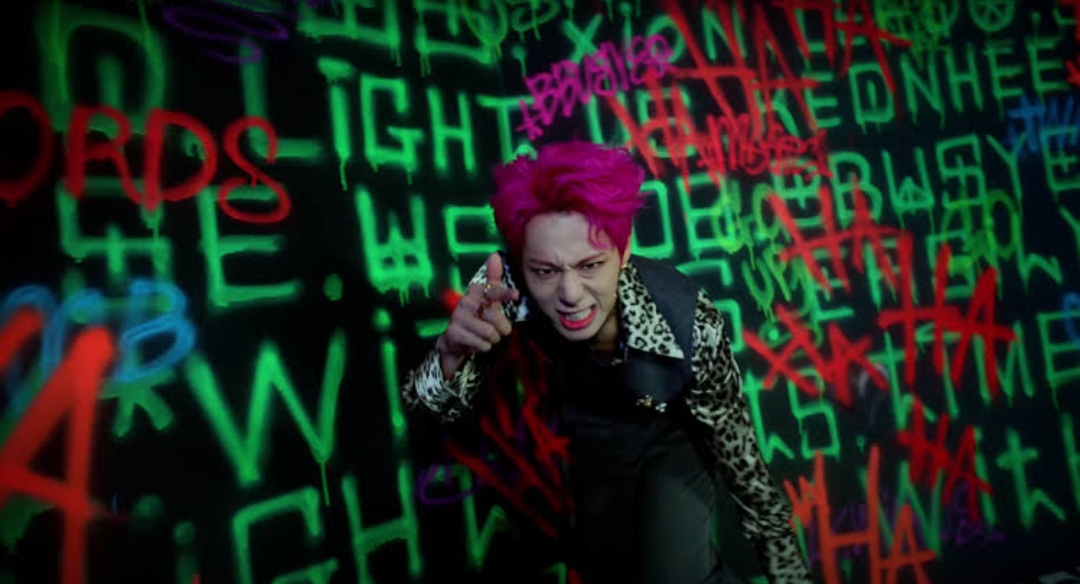 Despite being a new boy band, ONEUS keeps on delivering improved music content and with ‘No Diggity,’ the members have gone one step forward. Unlike the past narrative works of the group, this track delivers their chaotic emotions that build up gradually. The beginning immediately pulses through the listeners with shrill horns, creating a fiery and electrifying atmosphere. The intensity is pulled back during the pre-chorus in order to build room for the chorus, which is as explosive as the intro. ‘No Diggity’ is definitely an intense song that attacks people for listening to it again and again. 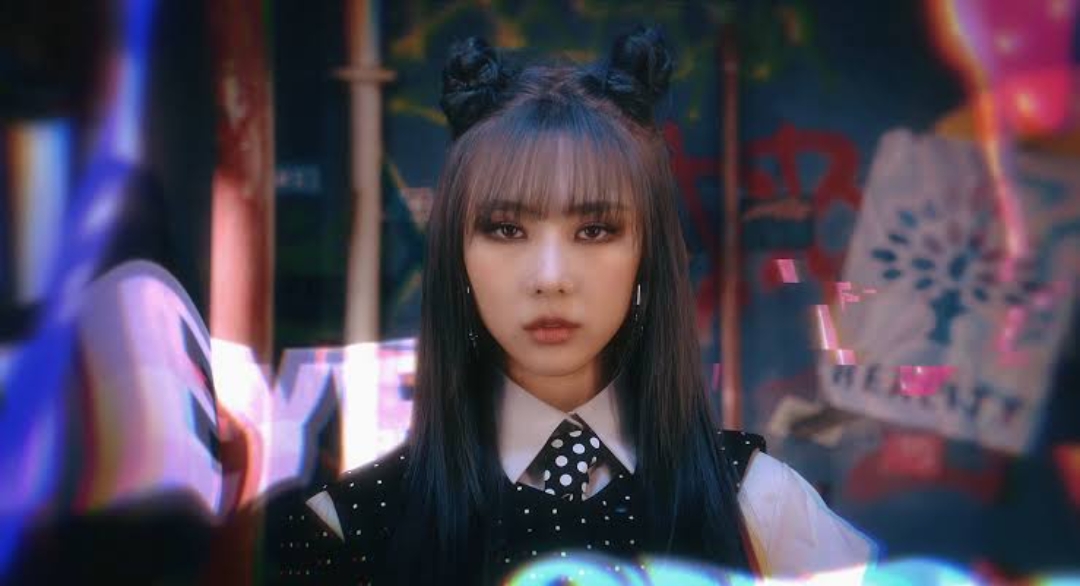 With their brand new release from the latest album, ‘Dystopia: Road to Utopia,’ Dreamcatcher has definitely outdone themselves. Both the pre-chorus and the chorus is phenomenal! The haunting background instrumentals and the building tempo in the pre-chorus make room for the energetic electronic chorus of the song. As far as the theme of the song is concerned, it explains that the girls cannot find a utopia as it has lost its existence. They have been able to realise this after reality has struck them. It is a rock-driven track just like most of the songs by the group but the bombastic centrepiece doesn’t make the song sound repetitive.

Film Out by BTS 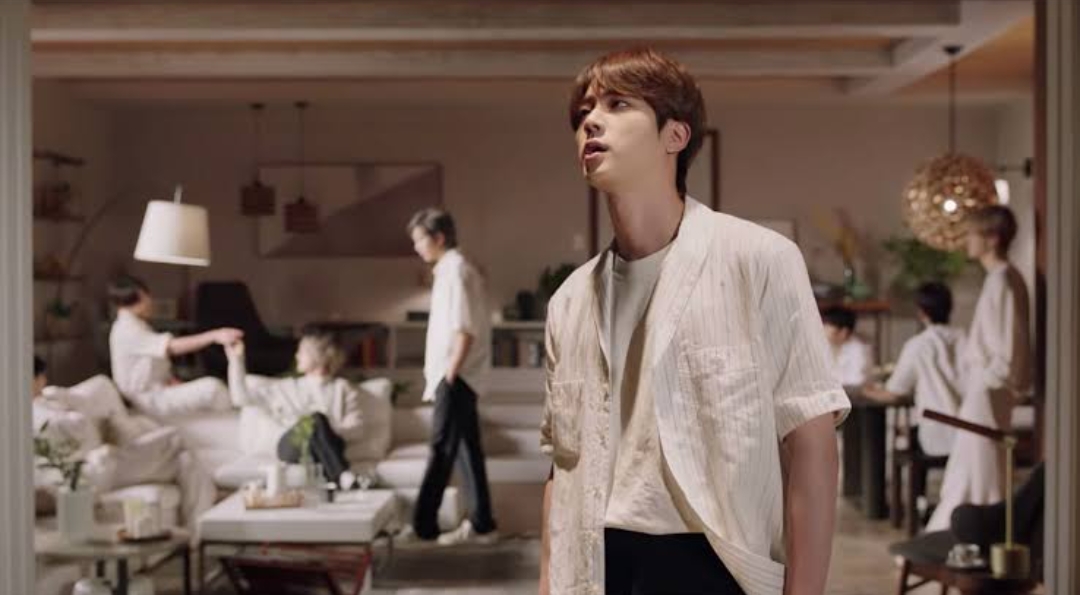 Did you expect us to make a list like this and not have BTS grab any spot? Well, the new song by one of the most popular K-Pop groups might not be in the Korean language, however, we still have to include it in K-pop, shouldn’t we? Recorded for the Japanese-language compilation album titled, ‘BTS, the Best,’ the vocals along with the music video sounds very aesthetic and full of emotions. The video begins with the boys inside a house suspended in the sky. The lyrics and the theme of the song suggest longing, yearning, homesickness and grief. The members of the band recall the memories that they have made together with one another, counting down the last bit of time that they can share. An hourglass has been showcased multiple times throughout the video and it explodes dramatically leaving everything in a complete mess. The lyrics of the song has been penned down by Iyori Shimizu from Back Number and Jungkook. 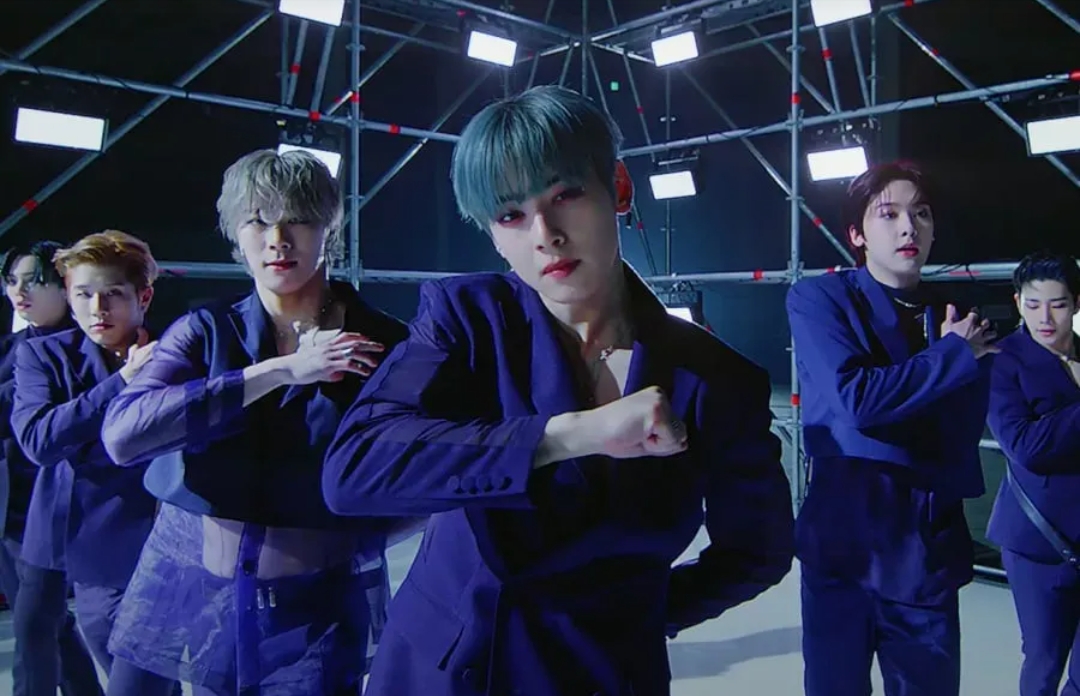 Earlier this month, the South Korean boy band that debuted in the year 2016, dropped their new album titled, ‘All Yours’ along with a bold and powerful music video for their new single, ‘ONE’. The song is a bop when it comes to bright melody and sensation. The track is an energetic electronic dance number, with strong vocals and dance performance. The pre-chorus of this foot-thumping anthem kicks up great energy while the chorus, ‘We Come As One’ sets the mood and tempo differently. Not to mention the amazing visuals and styling of the boys! Moonbin with his sharp looks, Cha Eun-Woo in his ashen-grey hair, JinJin nailing a chic crop-top are enough to melt your heart.

‘Celebrity’ is one of the singles by the popular South Korean singer, IU from her fifth album titled, ‘Lilac’ which was dropped on March 25, 2021. The song incorporates various genres that include pop, tropical house and electronic music. With such amazing beats and instrumentals, the track is very refreshing and different from what we have heard from IU before. The lyrics are based on her life as a celebrity since it includes references from photography scenes, autographs and a strict diet. Moreover, the song can also be perceived in general for boosting the confidence and self-esteem of everyone who considers themselves odd and weird for society. It signifies that all of us are unique in our special ways and are no less than celebrities.

Hwaa is the second song and the lead single of the fourth extended play titled, ‘I Burn,’ of the group. The lyrics have been penned down by one of the members of the group, Soyeon. The song includes genres like dream pop, dark pop and synth-pop dark accompanied by an arrangement of oriental musical instrument. It is quite big of a deal that the song is on every K-pop fans’ mouth even after few months after it’s release. The music video is an extension of the storyline from the 2018 song titled, ‘Alone’ and the 2021 song titled, ‘Alone in Winter’. The track wonderfully expresses the feelings of the phase of post-breakup, and the pain of love using the metaphors like ‘colourful flowers’ and ‘burning fire’ in the bitter and chilled cold winter. It successfully ignites the inner fire of an individual who wants to avoid the hurting feelings brought due to heartbreak. 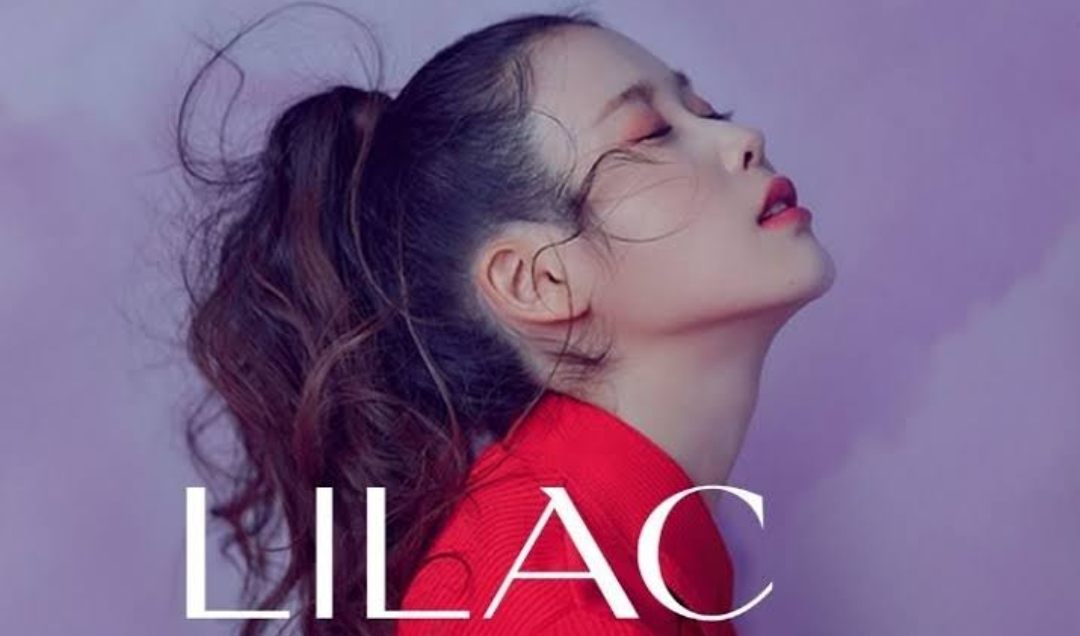 The title track of IU’s latest album is exceptionally good, accompanied by bright keyboard sounds, the sound of a soft 80s synth-pop along with a playful synth groove. Although the song features the retro disco sound which has been popular recently, it still manages to retain that fine charm of IU’s voice unaffected by extensive distortion or layers. The chorus sounds amazing and the powerful notes shortly after that lifts the song overall. The music video features the singer singing on a train with a handful of people, exploring the night in a new town, fighting against bad people, dancing in the snow and an animated scene taken near a purple tree.