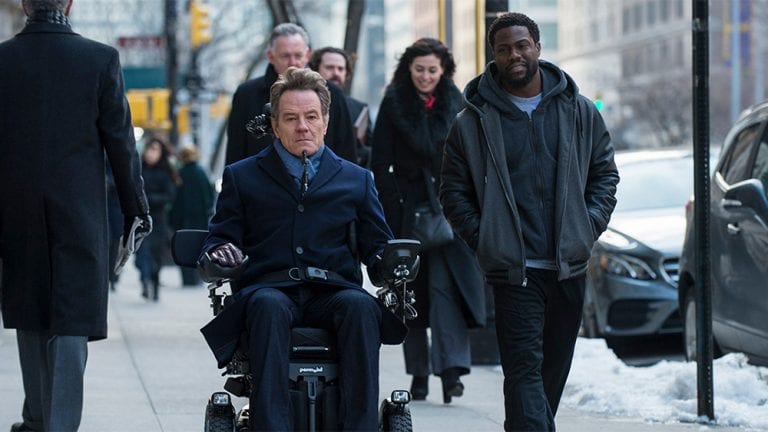 Although we may not see a 4K Blu-ray release for The Upside in the works, the rest is happening too soon. The movie that released in January 2019, starring Bryan Cranston and Kevin Hart. The light-hearted American rom-com is directed band written by Jon Hartmere. The Upside is a remake of the French 2011 film The Intouchables.

The Upside is inspired by the life of Philippe Pozzo so Borgo. Cranston and Kevin who strike an unusual bond, Kevin is hired by Cranston to take care of him, but soon enough they go on a beautiful journey of friendship and self-discovery. The rest of the cast of The Upside includes Nicole Kidman, Golshifteh Farahani, and Julianna Margulies.

The Bonus features of The Upside include deleted scenes, gag reel, trailer, and several featurettes. The 2-disc combo edition from Universal includes a Blu-ray and DVD. And, a code is provided that can be redeemed with iTunes for a Digital HD copy.
Following are the bonus features:
Deleted Scenes
Gag Reel
Onscreen Chemistry: Kevin and Bryan
Creating a Story of Possibility
Bridging Divisions
Embracing Positivity
Presenting a Different Side of Kevin Hart
Trailer

The Upside will be available on Blu-ray and Amazon soon.