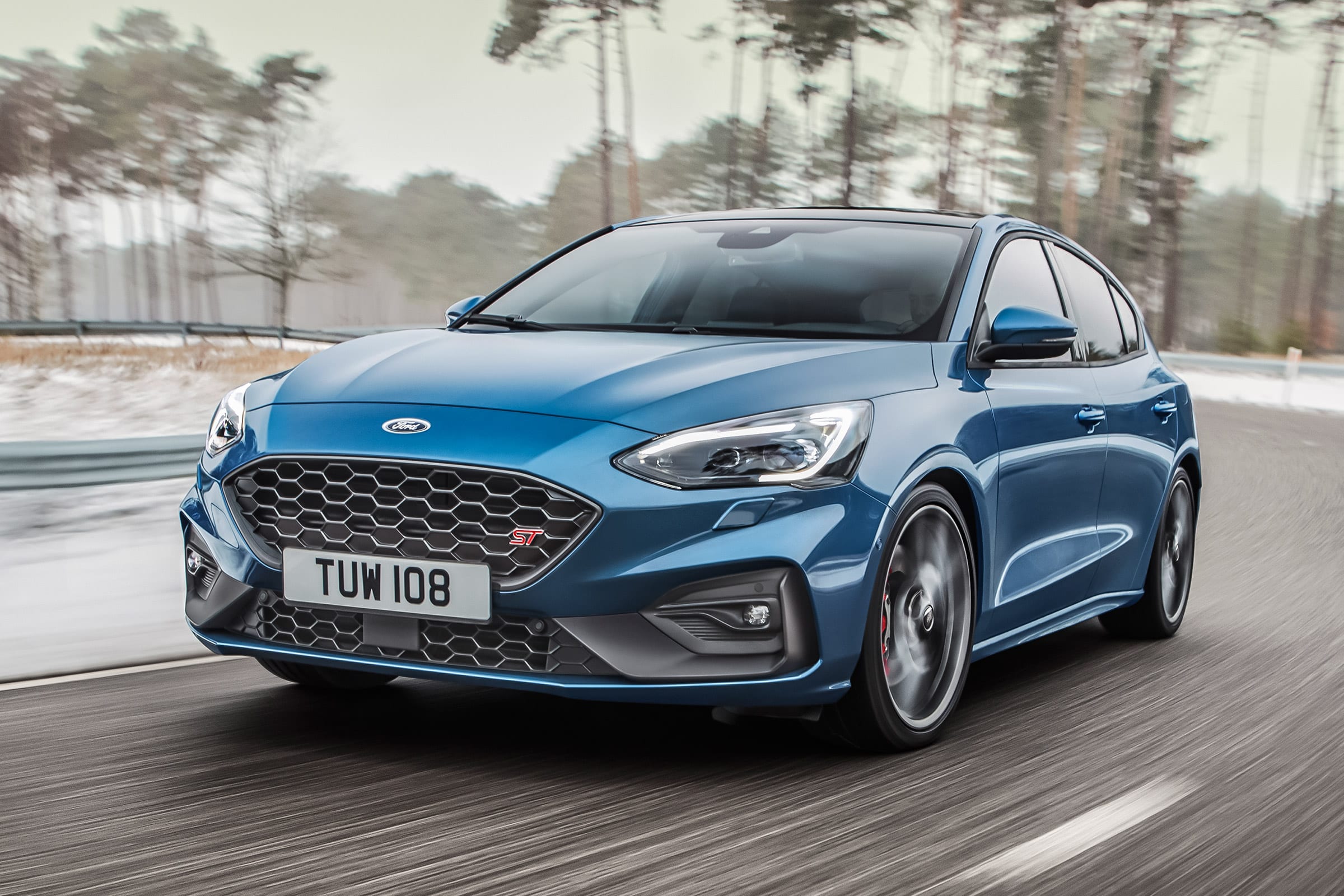 The 2019 Focus ST was revealed at the Geneva Launch, and it is the fastest version of the family car. The exterior of this car is pretty amazing as it and the same can be said about the interior. Inside of Focus is a sports steering wheel, Recaro sports seats, aluminum gear shifter, alloy pedals, and metal gray stitching for the seats, door inserts, and center console. Focus ST will be coming in two versions, which are a diesel and a petrol model.

If you want performance, petrol is best for you as it produces 280hp and it can go from 0 to 62 mph in under six seconds. It is also equipped with a sports exhaust and a new feature called anti-lag. This is borrowed from Ford GT; it cancels out turbo-lag by keeping the turbo spinning even if you don’t have a foot on the accelerator.

The diesel version will produce 190hp and 400NM of torque. The last figure will make the diesel version feel quick on the road. Both will get a six-speed manual gearbox as standard, and the seven-speed automatic is optional for you to choose. As for the brakes, it comes with steering, throttle pedal, LSD and stability control which can be adjusted using Focus’s drive selector. The most awesome setting of this car is the Track mode which optimizes the car for a race circuit.

It lowers the assistance of the power steering, that makes the throttle more aggressive and optimizing the limited-slip differential which provides better traction. Ford hasn’t revealed the price of Focus ST but its pricing will start from around £26,000, and the price of the top model will be around £30,000. The update of this vehicle is yet to be revealed, but it will release in the summer of this year.