A love note, and a tale of revenge, all within the first few minutes of this plight. Our adventure unfolds with our titular character promising to be home by dinner, right after he finds vengeance for his lost fortune. Leo’s Fortune+ is another game that has received the Apple Arcade plus designation in the title, which removes advertisements and In-App Purchases prior to being added to the platform. I had never played the titular character’s plight to recover his stolen treasure prior to this addition, but the first few moments were a great introduction. The dialogue is snappy, and I was ready to assist Leo in righting the wrongs that befell his family.

Leo’s Fortune was released in 2014 for $4.99 on the App Store, and so its inclusion in the Apple Arcade does feel slightly dated. I found this information after a few hours of frustrating gameplay, and this makes a lot of sense why I was so frustrated. Leo’s Fortune+ is well voiced, as we get glimpses into what happened to Leo’s missing fortune and how he found himself in this most precarious situation. The game is a side-scrolling adventure with two inputs. I would suggest playing this on the iPhone; the iPad seems a little bulky for the controls.

The left input controls the direction of Leo’s momentum, a furry blob-like creature, and the right is used for generating momentum. This was the way I had to rationalize the controls. The game explains it as the left is for movement and the right is for jumping, but when you get to the various weights and levers, you have to use the right to push down the controls. In a game only about movement and dodging dastardly deadly traps, the controls should be tight and precise. And too many times, I felt unable to control Leo precisely as I needed to. 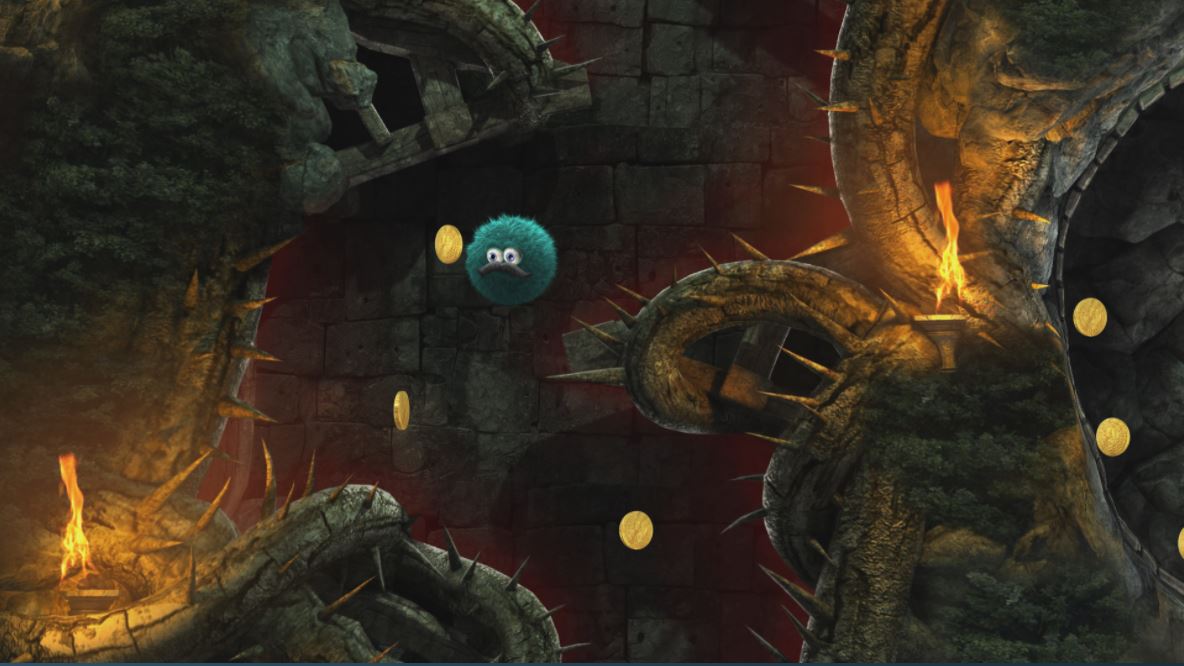 One of the levels in Leo’s Fortune+ where you can’t prepare for the trials ahead.

Often I would approach a new jump and fall upon a lever or pully that I needed to exert a lot of force to make the object move (as in plummeting down a cavern, to land on a seesaw), and I just didn’t have enough momentum in my favor. Without being able to traverse back up the cavern to achieve the requisite amount of force, I would be stuck moving the seesaw incrementally until I could squeeze through. These small, seemingly minute difficulties kept me from fully being in control of Leo, which is a shame-based on the beautiful scenes that the levels are designed within. There is a star system for each level that increases based on minimizing your deaths, hurrying through the levels, and collecting as much of his treasure as you can. There are moments when Leo’s Fortune+ really shines, but those are outweighed by the lack of precision controls and too many puzzles where I simply did not have enough force, or I couldn’t see what the puzzle required before approaching it.

This all is further manifested in where my issues with this game lie and ultimately why I couldn’t finish it. The game was released in 2014, and although I am sure this latest incarnation was tested before being ported, there is an older mobile game feel to it, which was further exacerbated when the game kept force closing on me. Back in 2014, phones operated much differently than they do today, and swipe gestures, in particular, have greatly evolved to maximize our interactions with a device most of us use quite often. 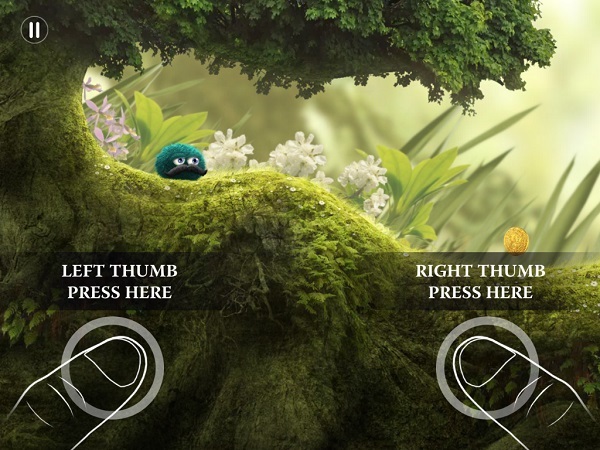 The gesture controls; if only they worked this well.

Had I known this caveat before playing Leo’s Fortune+, I would have been much less frustrated by the experience, but I didn’t. So, I spent the better part of an afternoon constantly trying to make Leo jump by swiping up. Every time I swiped up, it would close the app or try to switch to a different app (because on an iPhone, that gesture exits from the app and goes to the Home Screen). In my few hours of the playthrough, this must have happened at least 50 times, and generally in the more tense areas of the game, where controls must be more precise and exact.

Perhaps I am too harsh, perhaps it wasn’t Leo, and this is more my misfortune+. Either way, what could have been a delightful side-scroller, turned into a frustrating experience where I kept dying and ended up on my Home Screen littered with games that I find more enjoyable.