Boruto Chapter 36And Spoilers: Sasuke To Fight Jigen and Naruto vs Kashin Koji?

Boruto dropped its best chapter yet this month, in my opinion, and I think we’ll get to see even bigger greatness from here onwards. The previous chapter of the series was great, but chapter 35 was something else entirely. We found out a lot of stuff like Jigen being an Otsutsuki, and that he was the one who accompanied Kaguya.

He also wants Kawaki to be his vessel and after that, the 10 Tails will eat him. Jigen isn’t even at full power yet, because he hasn’t fully absorbed the Jyuubi yet. He’s now going after Boruto and Mitsuki, who are heading towards Tsunade.

From what we know, Naruto is with Kawaki, and Sarada is with her Sakura. Sasuke is the one who’s in trouble because I think he’ll be stopping Jigen from harming Boruto and Mitsuki. In this post, we’ll discuss the possible events of Boruto Chapter 36 in full detail with you guys, so let’s get started! 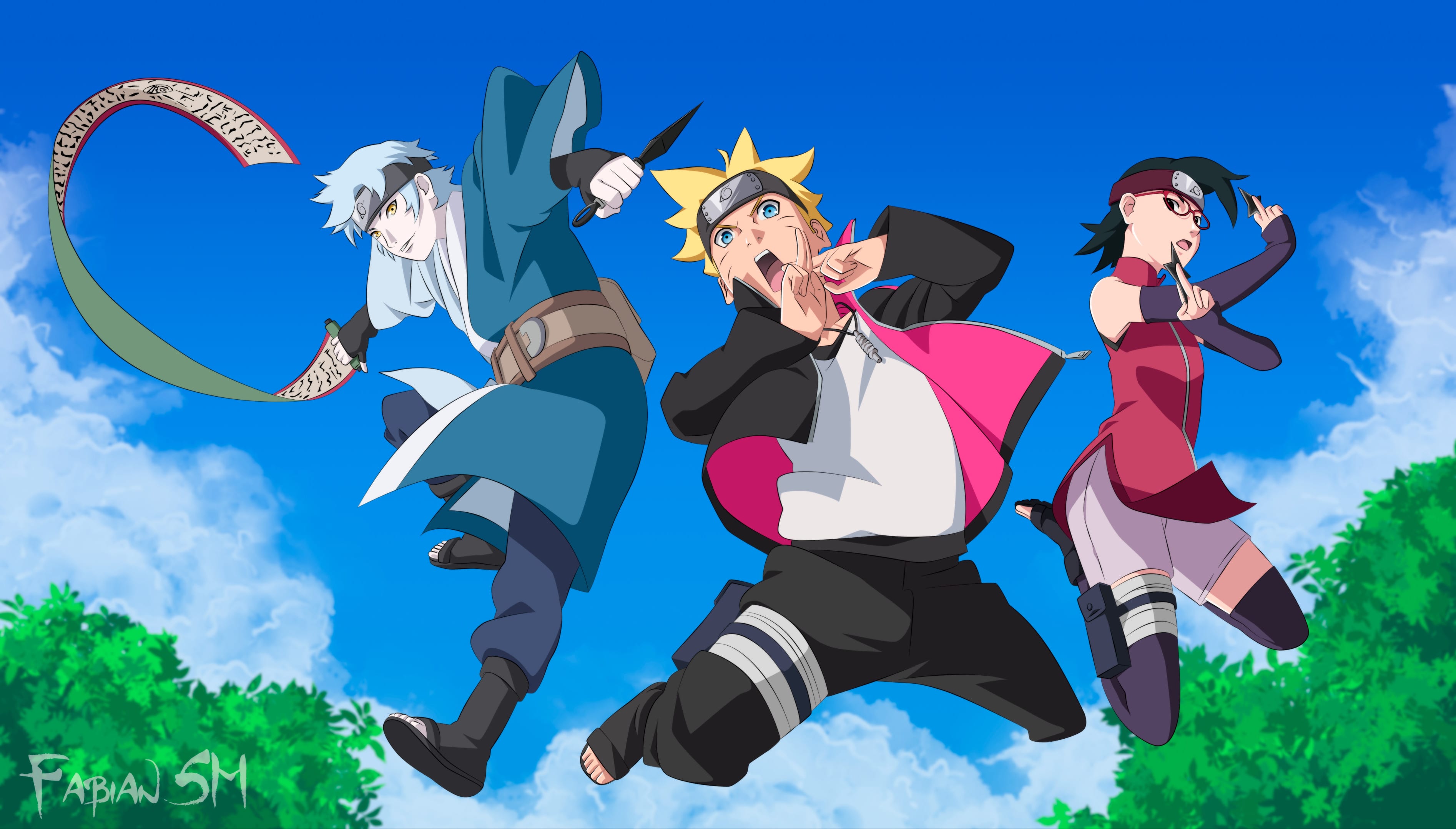 In Boruto Chapter 36, we’ll likely see Jigen appearing in front of Boruto. You may think that it’ll take him time, but I don’t think so. This is because of the fact that he knows a space-time ninjutsu, so it shouldn’t take him long to go there. Sasuke knows one too, so I think he’ll intercept Jigen and then they’ll start fighting. Naruto might pick this up soon and rush over to the place. However, I think Sasuke will fight Jigen all alone.

While we are anxiously waiting for more details to emerge, it is still a day left to get some glimpses. As we already mentioned, the scans are expected to come out from 18 July, and by 19 July, we might even see fan translated scans as well. The English dubis 20 July 2019 on Viz.com, and we are looking forward to the next chapter to come out.

Also, we will see new episodes on 20 of each month, as V-Jump is scheduled on that date. Hence, it will be fun to see a new chapter each four-weeks and to stay up to the trend. Also, there are a lot of spoilers spreading across the cyberspace, and it is not the right time to believe in any of them. We need to wait for a day or two, as the scans will come out with more certain details!