One Piece’s lore is Radio one of the very best aspects of the manga, and with this week’s chapter, Oda went knee-deep into it. We got a ton of information on the history of One Piece, and a lot of it had to do with Rocks. As some of you might remember, Rocks Pirates crew was introduced by Monkey D. Garp in One Piece Chapter 907 just as the Reverie began. According to Garp, it was a crew that singlehandedly ruled the seas back then, and by defeating them, Garp got the title of ‘The Hero of the Marines’. 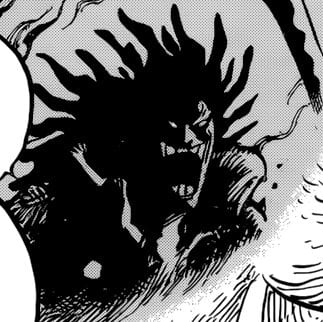 In One Piece 957, we got a lot of new information about Rocks that added to that. The Rocks crew came into existence about 40+ years ago and they came to be at Beehive Island, which is currently being ruled by Yonko Blackbeard.

There, lots of pirates showed up to gain fame and notoriety, and that’s why they chose to join Rocks Pirates. This crew was led by one of the strongest people in the history of One Piece, and his name was Rocks. To be more precise, his name was Rocks D. Xebec.

That’s right! Rocks was a D, as lots of people had guessed already! His power was such that the Marines couldn’t take him on alone, and needed help from the Roger Pirates to deal with them. 38 years ago, Monkey D. Garp and Gol D. Roger teamed up to defeat Rocks, and their crew met its end.

Now, Rocks was a very powerful crew and pirates like Big Mom, Kaido, Whitebeard, Shiki, Captain John, Silver Axe, and many other infamous ones were a part of it. However, this was about 40 years ago, and all these pirates were much weaker during this time. Kaido was just an apprentice, while Big Mom was nowhere near her current power-level either.

Whitebeard wasn’t a Yonko and Shiki didn’t have the Shiki Armada either. Rocks was very powerful though. To put an end to him, Garp and Roger teamed up and destroyed his crew for good. Whether Rocks D. Xebec is alive or not remains unknown, but sure do hope that he is somewhere lurking in the world of One Piece.

Are you excited about Rocks D. Xebec’s introduction? Do you want to see more of Rocks in One Piece? Let us know your thoughts in the comments section below!