The reboot of the 1987 film Hellraiser was released recently. Hellraiser originally is the adaptation of the 1986 novel The Hellbound Heart by Clive Barker. The reboot, directed by David Bruckner, is the second adaptation of the novel and is categorized as a supernatural horror film. It is the eleventh film of the franchise. Besides movies, the franchise also consists of comic books, merchandise, and media.

The development of Hellraiser’s remake began in October 2007. The scriptwriters were decided to be Marcus Dunstan and Patrick Melton. The project was under Dimension Films, with Todd Farmer and Patrick Lussier in charge. The production began in 2011, with its release in 2012. After the release of ‘Hellraiser: Revelation’ Todd and Patrick got their hand down from the project, which delayed its production.

Hellraiser was released internationally on September 28, 2022, with its streaming partner Hulu. The movie is now available on Hulu to watch exclusively.

The talented actors who played challenging roles in the film are Odessa A’zion as Riley Mckendry, Odessa is playing the role of Riley, a woman struggling with drug addiction. Jamie Clayton as the Priest, The leader of Cenobites, was the Priest. 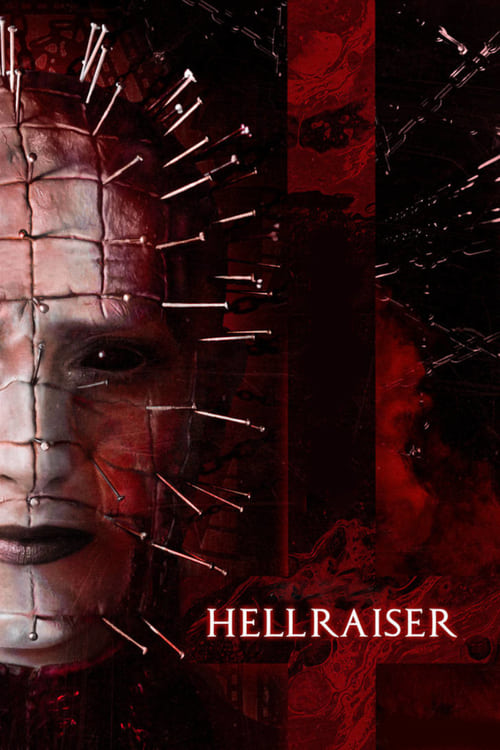 Serena Menaker arrives in Serbia to obtain a rare object. Joey Coscuna, a sex worker at Voight’s mansion, flirts with Serena, who sends him into another room where Voight insists he solve the mechanical puzzle in front of him. While solving the puzzle, Joey got stabbed by a blade activated because of the game. The puzzle box then opens a portal to hell from where chains tie up Joey and keeps him suspended mid-air.

After six years, Riley resides with her brother Matt, his boyfriend Colin, and their roommate Nora. Riley breaks into an abandoned storage building with her boyfriend, Trevor. Riley found a puzzle box in the building, which Trevor insists she takes it.

She later got into an argument with Matt after returning home late; Matt asked her to leave, assuming she was relapsing. Riley goes to a park and tries to solve the puzzle. She avoids the blade, which invites Cenobites, a group of deformed humanoids. The Cenobites demand she pass the box to someone else.

Matt felt guilty about their fight and went to the park to reach Riley. While trying to wake her up, he finds Riley unconscious and cuts himself with the blade. He goes to the public restroom to clean his wounds but never returns. From the bathroom, screaming sounds were audible; when Riley went to check on Matt, he was missing. She assumed his brother had disappeared because of the box.

Riley and Trevor tracked Menaker in search of the box which Menaker hid. Riley tries to snatch the box by solving it but is hurt by the blade. The Cenobites take Menaker, and Riley visits Voight’s mansion, where she finds a journal about the box.

The blade requires a victim to be claimed by the Cenobites. After completing the process, the box awards the holder by giving a boon from Leviathan. Riley sees a specter of Matt and is stunned after knowing that the Cenobites have flain his brother.

Riley’s roommates arrive to take Riley back home. In the mansion, Nora unknowingly opens a secret tunnel which scares the others and leads to Trevor closing the entrance, trapping Nora. The mutilated Voight stabs Nora with the box. Others try to escape the mansion, but the Cenobites take Nora. The leader of the Cenobites, Priest, flays Nora.

Riley encounters the Priest, who orders her to complete the last two stages of the puzzle and sacrifice herself or two others. While Riley solves the mystery, Chatterer, a Cenobite attacks Trevor. Riley chooses him as one of the victims and stabs him.

The group returned to the mansion and made Trevor rest. Voight meets with Trevor in private; through their conversation, it is revealed that Trevor is working for Voight and wants to sacrifice Riley. Voight stabs Colin when Colin and Riley try to trap another cenobite for the sacrifice.

After Voight makes his wish, Riley retrieves the box and Accidently releases a Cenobite, The Gasp, who tortures Colin until Riley stops him. She then stabs Trevor with the box, making him the final victim. Voight and Trevor are both dragged into hell by the Cenobites.

Riley refuses to make a wish from the Cenobites as she realizes that wishes granted by the Cenobites are always twisted. She and Colin leave the mansion while Voight is transformed into a Cenobite in hell.

Bruckner’s Hellraiser follows in the footsteps of its predecessors. It is well-paced and follows the beats of Clive Barker’s original movies. Despite all the scares and violence, the film still lacks somewhere. If compared to the original, Hellraiser Reboot doesn’t qualify as the best in the series.

The film received mixed reviews as the film is somewhere gripping and somewhere lacking. The film may disappoint the franchise’s fans, and it seems like the screenwriters Ben Collins and Luke Piotrowski weren’t interested in writing horror.

The actors did their job in the movie. A’zion does an admirable job in portraying the character of drug-addicted Riley, who searches for her missing brother. Jamie Clayton, who played the role of the antagonist Pinhead, also known as the Priest, carried the part effectively showing off the menace and sadistic nature.

The movie did justice to the series’ demonstration of torture. It showed people turning into dead meat with the franchise’s signature chains and other torture devices like needles and barbed wires. Bruckner tried to show brutal violence in the movie as empathic and painful.

If rated on a scale of 10, Hellraiser Reboot deserves no more than 7. The movie failed to meet many die-hard fans’ expectations but still did well. It can be called a worthy successor of the original Hellraiser, although it is not the best in the series. The cinematic pleasure of this movie is worth experiencing.