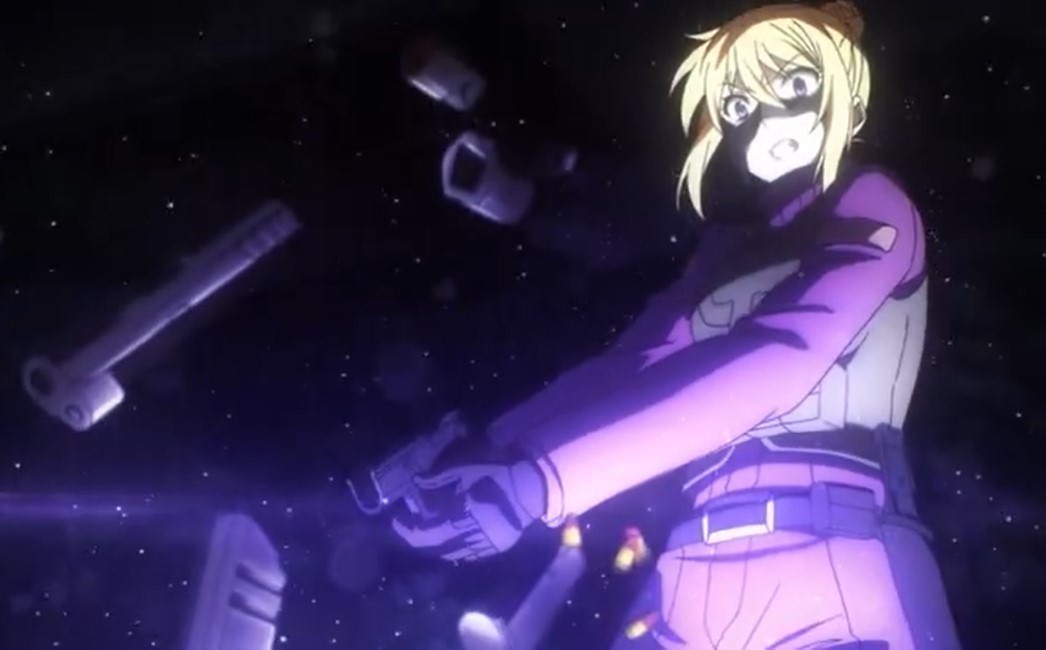 Earlier Tatsuya sneaks out and finds Angelina fighting with the black mask vampire and he took down the vampire in a single shot. After taking the villain down both two heroes points the guns at each other. Due to the power that Tatsuya has managed to unmask Angelina who was known as the commander in disguise to her organization. Angelina is shocked at how Tatsuya manages to see her real identity. While Tatsuya is unmasking her to her real identity which is Angelina Kudou Shields.

He describes her saying that: Eyecolor, hair color, and her body appears totally different. Tatsuya ends up concluding that now he can see how Angie Sirius has been able to blind eyes around the world. Angie notice that Tatsuya knows who she is and started firing bullets towards him and he destroys those bullets with his. Then he fires a magical shot that destroys her pistol. Tatsuya told her to stop fighting back he is not her enemy since Angie suspects that there is someone working with the villains she didn’t stop. 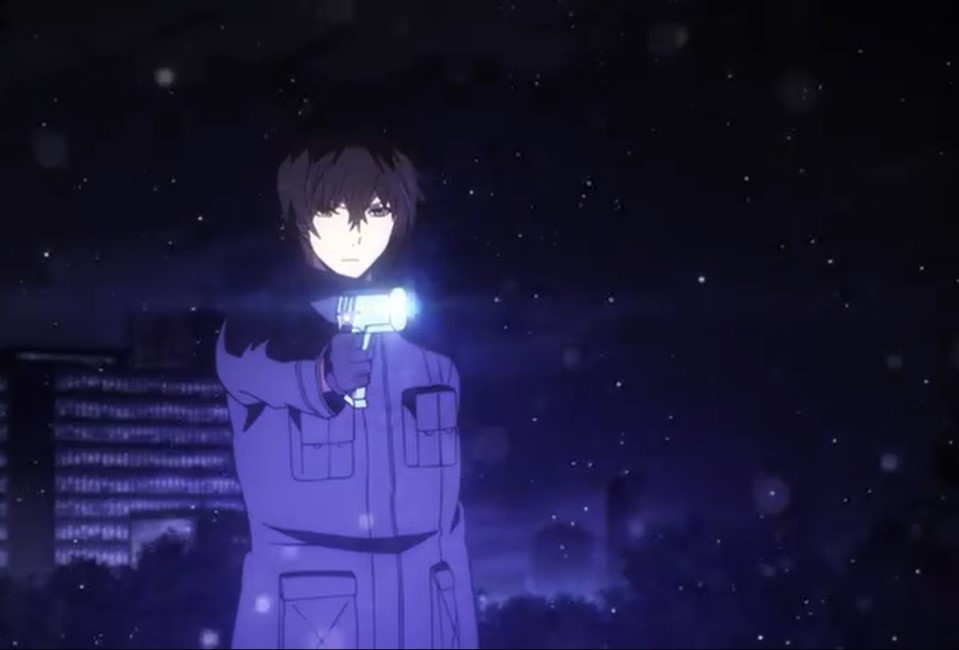 Angie attacks Tatsuya by creating an illusion and he manages to read all of her movements. While dodging her attacks he notices that at first her camouflage was based on looks but now it is based on position. Tatsuya decided that for him to break the parade he has to destroy the illusion and attack the main body before a new illusion is formed. He is also thinking to locate the main body’s coordinates and attacks using Idea without relying on his senses.

Angie attacks by throwing two illusional daggers that Tatsuya blocks away. They both started to exchange blows and Tatsuya outsmart her by acting like he is going to land a powerful shot and pins her to the ground. While he is on top of her she said he is crazy and all along he wanted to capture her. Angie told him that she would have preferred a romantic approach. Since the face mask is still on, Tatsuya decided to take it off. Angie notices that and summons her dagger to stop him from seeing her face.

Tatsuya didn’t block her attacks and manage to unmask her after that she screams. He got up with her and the police surrounding them and he pushed her towards them. Tatsuya said that it is time to stop the charade and she apologizes for her rudeness showing the police stance. Angie reveals that she is a major Angelina Sirius commander of the stars magician unit. She also reveals that she is under the direct command of the USNA army’s joint Chiefs of staff.

She said that Angie Sirius is the name that she uses when transformed like she was before. She told Tatsuya that he knows her real identity the stars will have to eliminate him. Before he decided to clash he went to her sister who shows up with his master Yakumo. He kissed her forehead and let her fight with Angie. They got involved in an intense battle and Tatsuya brek the fight telling them to stop. He told them he did that because he has noticed that the ”no killing rule” would have been broken.

That’s what the preview has to offer for us along with the update of the next episode. Within a matter of seven days, we will be coming back with other updates of this Anime.