Remi, Sakura, and Ayasuki’s relationship is brought to test as they try to resolve a misunderstanding that ended up creating tensions between them in the previous chapters. “Horimiya” had continued it’s Bi-Monthly released on the 22nd of December with chapter 110, making it the last release of the year. So in this post, we are going to talk about ‘Horimiya’ Chapter 111 raw scans, and spoilers, so if you do not like spoilers, just scroll down for more details about the release details of the upcoming chapters. 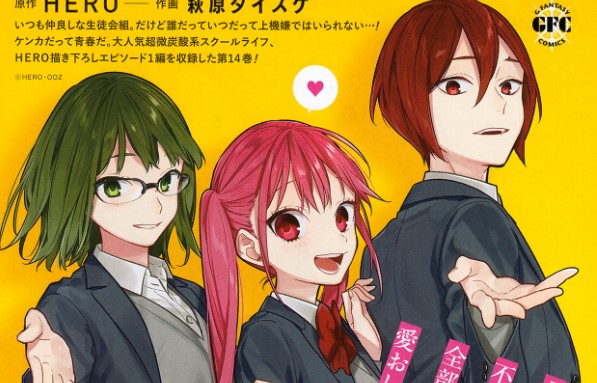 Nakamine keeps on loosing the keys, which just ended up with Yasudai windering why is he even in charge of the keys. So this time, he lost the keys to the archive room and is having a hard time finding. So later, when Yoshikawa found it on the corridor floors, she realized that Nakamine had holes in his pockets and offered to sew them as she always has a sewing kit with her. So when she was done, she tried reading his hands to check his luck, but this only created a misunderstanding of Yasudai, who was stalking them.

When is Horimiya Chapter 111 update?

This manga releases new chapters on a Bi-Monthly basis once every two Sundays. Chapter 1110 was released on the 22nd of December, so this means that Chapter 111 will be released on Sunday the 5th of January 2020.

Where To Read ‘Horimiya’ Latest Chapters?

As of now, there is no official website for you to read Horimiya manga online, it is available on G-Fantasy magazine so you can support the creators by buying the magazine. We highly advise you to support the official releases as this supports the creators.

What Is ‘Horimiya’ Manga About?

Horimiya follows the secret life of Kyoko Hori as she tries and to make it as a student and as her younger brother’s caretaker. She tries to keep her home life a secret from her classmates. However, when a stranger helps her brother with hidden ear piercings and tattoos, Horimiya recognizes the stranger as one of her classmates, Miyamura. They both agree to keep their out of school lives a secret, ending up with them developing a much closer relationship with each other.