Xe Que is still surprised to see Yanyang’s appearance and learning of her becoming the King’s concubine under the name Huan as her true identity is finally revealed. So in this post, we are going to talk about ‘Strongest Anti M.E.T.A.’ Chapter 97 raw scans, release sate, and spoilers. As usual, we will start by looking at the spoilers so if you do not like them you can just skip down to more details about the next chapter releases. 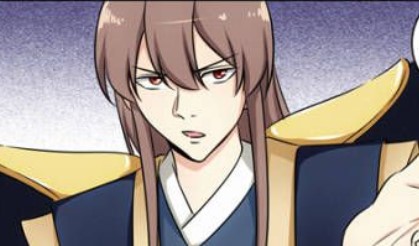 The revelation of Yanyang’s identity and that she has been involved with Xe Que only makes the king more enraged at him. This only led to their fight to continue as Xe Que plan to fight long range so he gets an advantage. The king resorted to the refining illusion phase wanting to end things right away as he has now become much more powerful. Xe Que quickly requested for the imperial mausoleum of the Huayuan nation and fled the fight as it was becoming too dangerous.

This Manga releases new chapters every four days, with Chapter 96 released on the 28th of December 2019. Then this means that Chapter 97 will be released on the 1st of January 2020 if we are following the usual release schedule for the latest chapter release.

As of now, there is no official website for you to read ‘Strongest Anti M.E.T.A.’ manga online, it is available on AC.QQ. magazine, so you can support the creator by buying the magazine. We highly advise you to support the official releases as this supports the creators.

What is ‘Strongest Anti M.E.T.A.’ Manga About?

As he scams every day all day and ventures alone, he bluffs to get the ultimate power in this cultivation world. The world traveler Xue Que doesn’t always bluff, but it always works out for him when he does.