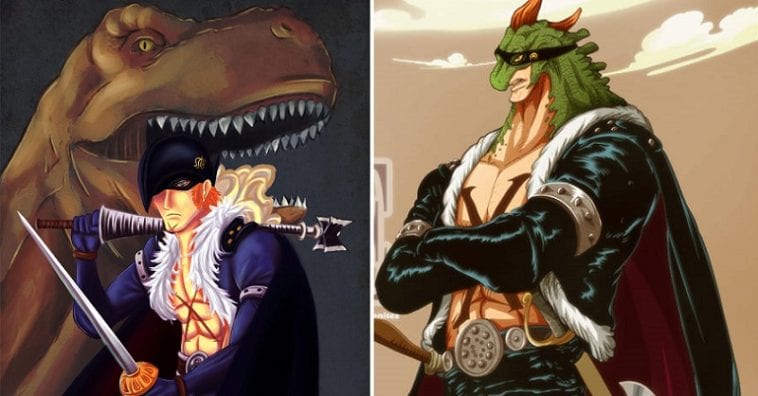 Just like every other manga in the Weekly Shounen Jump, One Piece has been on a break this week. Last time around, we got a very interesting build-up chapter, which revealed to us who the Shogun of Wano really was. At the same time, it also introduced the Six Flying Fighters of Kaido to us.

For those of you who don’t know, The Six Flying Fighters of Kaido are the six strongest Headliners in his crew. We only know two of them so far, and they are XDrake and Page One. Both of them have Ancient Zoan type Ryu Ryu no Mi, but different models.

X-Drake has the Allosaurus Model, while Page One has the Spinosaurus model. They’re both very powerful by the looks of it, and towards the end of the chapter, they were getting ready to fight against Sanji, and Trafalgar Law.

So, he’ll need to be dealt with. I think Sanji will need to defeat Page One right there because he could be a problem later on. Queen will most likely find out that Sanji has taken down Page One and her interest will pique.