AnimVator Hayao Miyazaki spins a decades-spanning tale inspired by the life of Jirô Horikoshi, designer of the World War II fighter plane, the Zero. Passion is what drives a person to achieve everything they want. “The wind is rising; we must try to live.”

The wind rises is a fictionalized biographical film of Jiro Horikoshi, the World War II fighter aircraft Mitsubishi A6M Zero. Hayao Miyazaki, the co-founder of Studio Ghibli, wrote and directed the film. The film is an adaptation of Miyazaki’s manga of the same name. In turn, the manga was loosely based on both the 1937 novel The Wind Has Risen by Tatsuo Hori and the life of Jiro Horikoshi. All in all, it is a bit different from Horikoshi’s real life, but the themes and inspiration are similar.

The story starts with Jiro as a child. He wants to be a pilot but is not able to follow his dream because of nearsightedness. But, his love for airplanes is not lost. After reading about Italian aircraft designer Giovanni Caproni, he is inspired to become an aeronautical engineer.

We follow Jiro in this decade-spanning journey to realize his dreams. He comes across many roadblocks but is too determined to be stopped by them. Jiro is supported by a lot of people throughout the years. Many people admire his talents and tenaciousness. He is portrayed as a man who can help people discover new horizons, and he certainly doesn’t disappoint.

The film is a fascinating account of Jiro’s life. Many things are fictionalized in the movie.  But at no point, does it feel like something or other is shoe-horned into the story just for dramatization. The film feels quite honest and excellent.

Jiro also falls in love with a girl during the time he is working as an engineer. The depiction of the romance sub-plot is stunning. I say sub-plot, but quite honestly, it takes a good portion of the story. Nahoko is a significant part of Jiro’s life and motivations. It feels very genuine and heartwarming. As cheesy as it may sound, Jiro and Nahako almost felt like star-crossed lovers, made for each other. The romance portion is mostly taken from the novel The Wind Has Risen by Tatsuo Hori. But it is embraced by other parts quite well to make for a refined story.

Most of Miyazaki’s features are heavily based on fantasies. This one is a bit different, as it is found in reality for the most part. Miyazaki shows that he is not a master filmmaker for nothing as he’s very versatile with his works. But If you watch Miyazaki features for the imagination and creativity with the fantasy elements, you also need not worry.  There are a few dream sequences as well, and fantasies work the best in dreams, right? 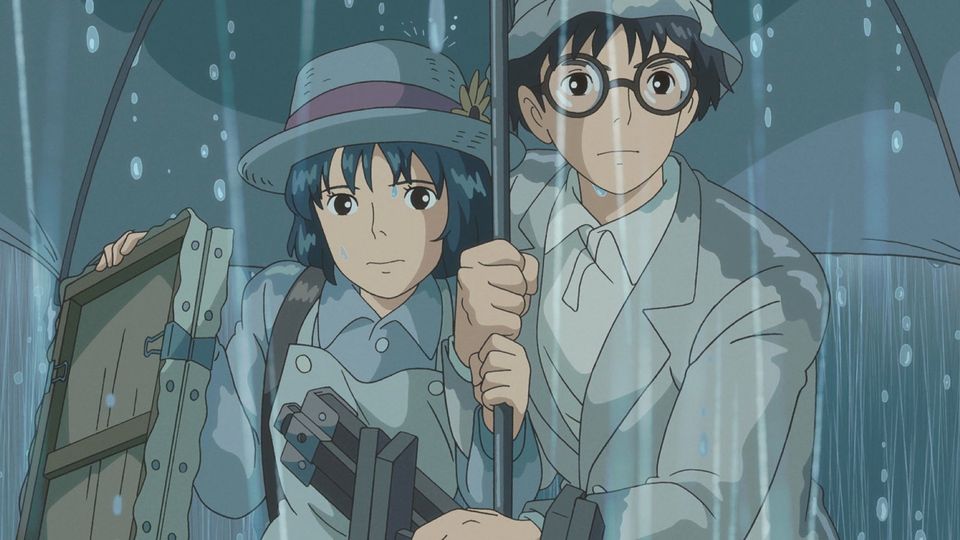 We can learn a lot from Jiro’s story. The story is one of inspiration, motivation, and never giving up. It encourages the viewers to dream and follow through to realize them. When we read about figures from the past who have achieved great things, we feel an inferiority complex. We put them up on a pedestal, not that they don’t deserve it. But what we tend to forget is that they were humans just like us. The only difference between them and us is that they never stopped dreaming and believing in themselves. If we set our minds to it, nothing prevents us from becoming the next big thing.

The wind rises a sophisticated yet straightforward story. Many themes are very sensitive as they should be because the movie is set during world war II. Don’t forget that the planes that Jiro is designing are to be used in battle. How would you feel if your creations are used for causing destruction somewhere else? Jiro also suffers from this inner conflict. Although this is not focused on a lot in the movie, it’s still there.

The animation is quite reminiscent of Miyazaki’s previous features. The art style and animation were perfect and well suited to the theme of the movie.  The animation was fluid and magical in typical Studio Ghibli fashion. The dream sequences were simply majestic. When the characters were talking about airplanes, they were shown to be flying in their imagination. It was so convincing that it was almost as if we were also taking flight with them.

The entire film is a masterfully crafted piece of art that I can only convey as simply beautiful. Many of the scenes are so awe-inspiring that you would want to watch them repeatedly.

The voice-over work was also very professional and well done. The voice actors did a great job of making the characters come to life. Both the Japanese and English dubbed versions were quite commendable. The English dub cast consists of famous Hollywood actors such as Joseph Gordon-Levitt, Emily Blunt, and her husband, John Krasinski. But I would suggest you watch the Japanese version as the English dub doesn’t quite capture the story’s magic and the original.

The music feels very nostalgic even when you listen to it for the first time. It is quite similar to the music from previous Miyazaki films. The credit goes to the composer Joe Hisaishi (Spirited Away, Howl’s moving castle), a Miyazaki’s regular collaborator. Joe has composed the score for most of Miyazaki’s films. The film also includes Yumi Matsutoya’s 1973 song “Hikōki-gumo.” The song goes well with the movie and is quite an excellent fit. 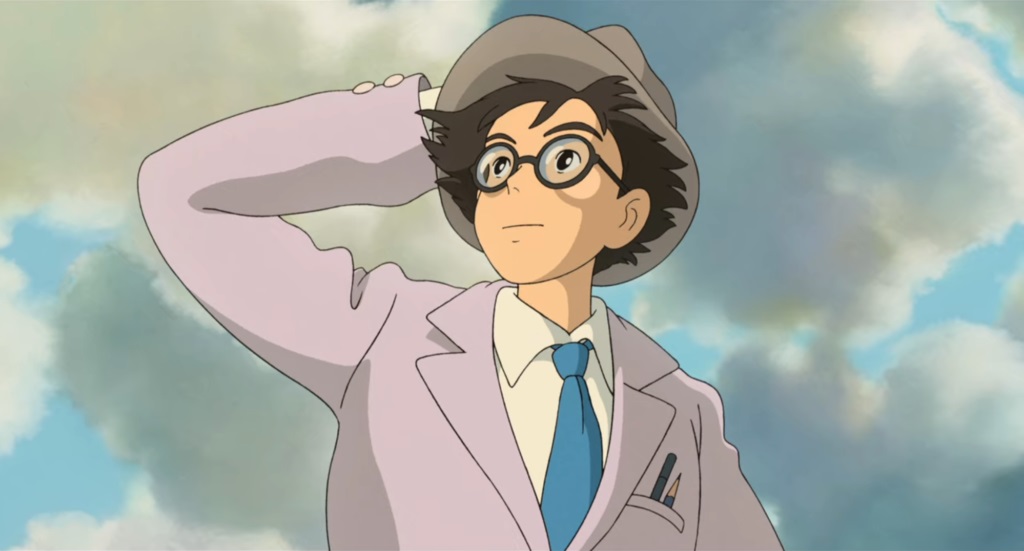 The wind raises a beautiful experience. It was refreshing, emotional, and it was inspirational. At the same time, it was bittersweet due to the ending. As we grow up, we realize that all those “happily ever after” that our childhood stories ended with were just a façade as they don’t exist.  As long as there exists an “After,” there are bound to be fair and dire situations. To overcome the bad and enjoy the good moments is what life is all about.

The Wind Rises was supposed to be Miyazaki’s last film before retirement. But seemingly, he has one more story to tell. So he has come out of retirement, not that anyone’s complaining.

Although it is not the case anymore, If the wind rises had been his last movie, it would have been a fitting end to a brilliant career of the master filmmaker.

Before its release, The wind rises was a movie “years in the making.” Miyazaki initially didn’t want to do the film but eventually came on board. He was inspired to make the film after reading a quote from Horikoshi. The section read, “All I wanted to do was to make something beautiful.” Well, Horikoshi did make something beautiful, and Miyazaki succeeded in portraying the beautiful story in animation.