Hyouka is a beautiful high school drama that is around Houtarou Oreki. The main focus of this story is romance and mystery where Oreki meets Eru Chitanda in the school’s club. While both have a way to get into constant trouble, this is a great way for them to make memories. Everyone has a different idea of how they want to live their life. Some people want to stand out while others just don’t want any spotlight at all. Everyone has this notion of a fulfilling life as doing something extraordinary or being distinct from the crowd. But when you think about it, Normal is not so bad, is it?

Houtarou Oreki is a high-school student, who isn’t interested in anything or anyone. He doesn’t want to waste his time or energy on making friends or relationships. He just wants to live a plain simple life. But as you know, life often doesn’t turn out how you want it to be. At the request of his elder sister, he joined the Classic Literature Club which was on the verge of getting abolished. He was expecting that he would be the only member of the club but is surprised to find a beautiful girl in the club room. Her name is Eru Chitanda, an amiable honor student. Oreki tries to leave the club, but Chitanda stops him because she is curious about a mystery. He solves the puzzle for her, and she is impressed by him.

Oreki’s friend, Satoshi Fukube, also joins the club along with Mayaka Ibara, who likes Satoshi and doesn’t get along well with Oreki. At this point, Oreki knew that he is not getting off this club any time soon, and it was going to be a real pain for him.

The story presents us with a lot of mysteries that are to be solved by the classic literature club. And by the classic literature club, we mean Oreki as he has a natural knack for solving mysteries and deduction. However, not like he wants anything to do with those as he considers them a waste of his energy. But, all it takes to convince him is the phrase “I’m curious!” along with a gleaming look from Chitanda. It’s like she’s his kryptonite. He also doesn’t like to take credit as he doesn’t want to stand out and passes his deductions as just “being lucky”.

The mysteries themselves are very well thought out and fun to follow. Being a slice of life anime don’t expect the mysteries to be super thrilling, full of crimes or some supernatural stuff. They are standard stuff that you would come across in a regular high school. But that is not to say that they are not exciting or good mysteries. A special mention goes to the mystery of the anthology series, Hyouka, from which the series derives its name. That reveal was genius and satisfying, although, at the same time, it was sad and heart-wrenching.

The romance sub-plot is also well-executed. It is neither too over the top nor underwhelming. 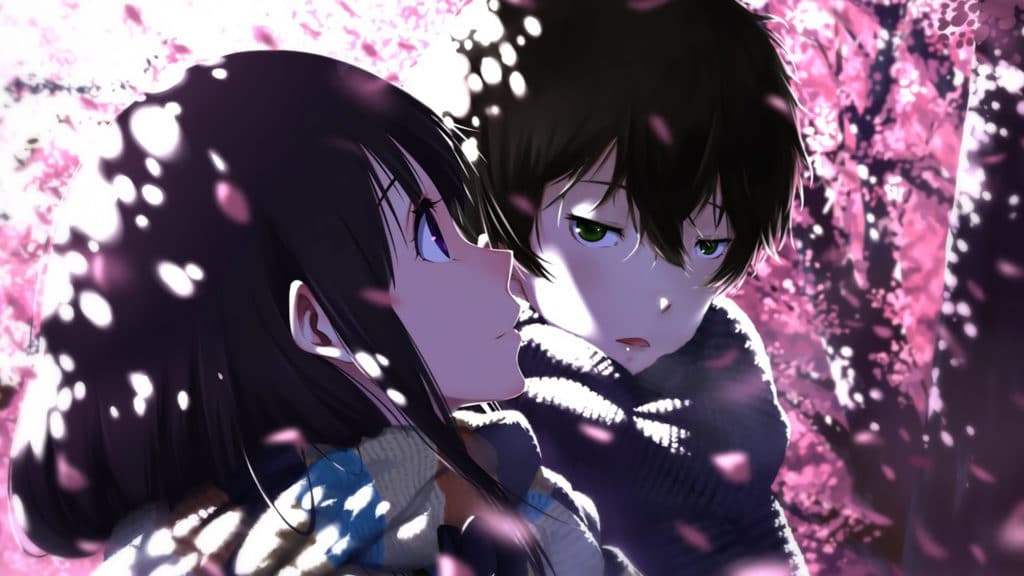 Everyone is fascinating and exciting. Oreki is a great protagonist. For a person who just wants to laze around, he moves the story quite well. He lives by his code  “If I don’t have to do something, I won’t, but if I have to, I’ll do it quickly.” and goes to great lengths to follow this. Chitanda is just a gift that keeps on giving. She is cute, ditzy and curious. Your heart might skip a beat when she says “I’m curious!”. You really can’t blame Oreki for not being able to refuse her. Satoshi is a human database, who is a friendly guy. But he is much more than he lets on at first. Ibara just wants Fuku-chan to reciprocate her feelings and hates Oreki for some reason.

The characters feel very real. We liked the fact that they are not there just to see Oreki solve mysteries and then applaud him. Moreover, there is the right amount of supporting characters as well, which enhances the story. 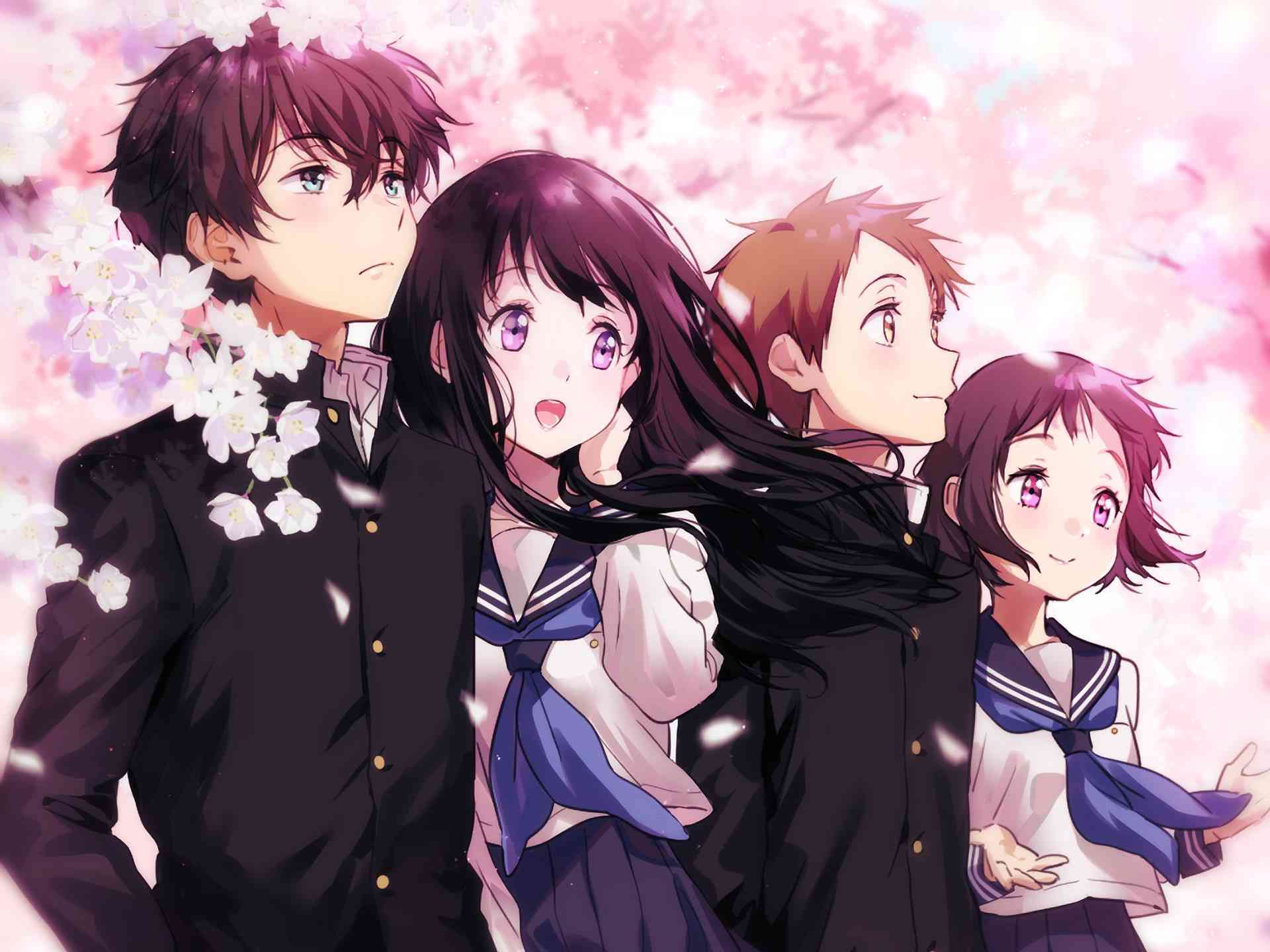 The animation is trademarked KyoAni work, which suits a slice of life anime like this quite well. You can tell that a lot of effort has been put into adapting the novel. The character designs are quite distinct and suit the story well. The voice-over work is brilliant as well. Voice actor’s significance increases a lot in dialogue-heavy shows like Hyouka, and they don’t disappoint. The music is also outstanding and fits the theme of the show perfectly. All in all, Hyouka is one of the finest works of KyoAni, and that’s saying something as kyoAni has produced a lot of quality shows over the years.

Hyouka delves into a lot of themes from the real world. There are a lot of shows that have a great story and generate lots of discussions in communities and friends. Well, Hyouka is not one of those. But when it comes to the impact of a story, it will leave a strong one by the end. It will encourage you to have a conversation with yourself. Hyouka is another one in the long list of shows that don’t have a second season despite being a good one. And due to some unfortunate circumstances, I would suggest you not count on a second season anytime soon. But well, never say never. Maybe, one day.