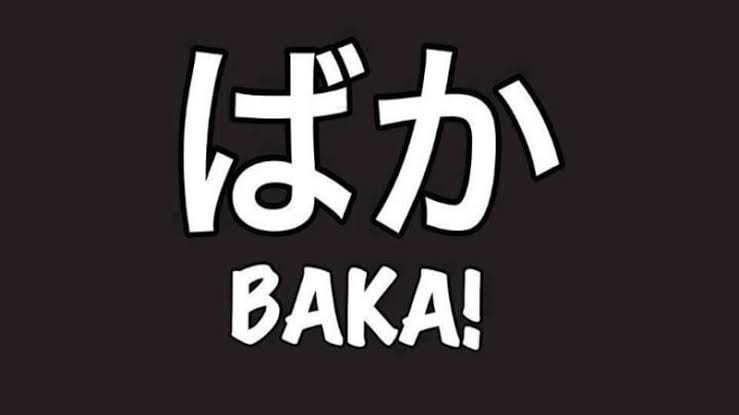 If you are an anime fan and the type of person who enjoys the shows with its native language along with English subtitles then you must have heard the term ‘Baka’ at least once in your lifetime as it is one of the many common terms used in Japanese anime. If you don’t know the meaning of the term then worry not as we have got you covered. We have gathered all the details and information regarding the term, so here is everything you need to know about the term ‘Baka.’

The term ‘Baka’ is generally used to refer a person as an idiot or a fool, someone who acts foolishly also falls into this category. The term has quite the history in the Japanese culture and the first use of this term was made between 1336-1392, also known as the Nanboku-chō period.

That time, ‘Bakamono’ was used as an insult to call someone a fool or an idiot. The origins of the word are still not surely known, however, the Japanese scholars proposed two hypotheses.

According to the first hypotheses, the term was originated as a Chinese literary “allusion to a historical fool.” The second hypotheses state that the term is derived from a Sanskrit word meaning “fool,” and it was Japanese Buddhist who coined the term ‘Baka’ from Sanskrit.

In the modern period, the term is used to describe three expressions. The first one is to refer to someone as ‘ass, jerk, fool.’ The second expression is ‘ament, idiot, imbecile, fool,’ while the third expression is ‘blockhead, dullard, dimwit, simpleton, dolt.’

The term ‘Baka’ is easily one of the most frequently used words in modern Japanese culture and the usage of the term is extremely high. Although it is quite common to use the term as an insult, in places like Osaka, the term is regarded as very offensive and one should be careful with the usage of this term anywhere in Japan.