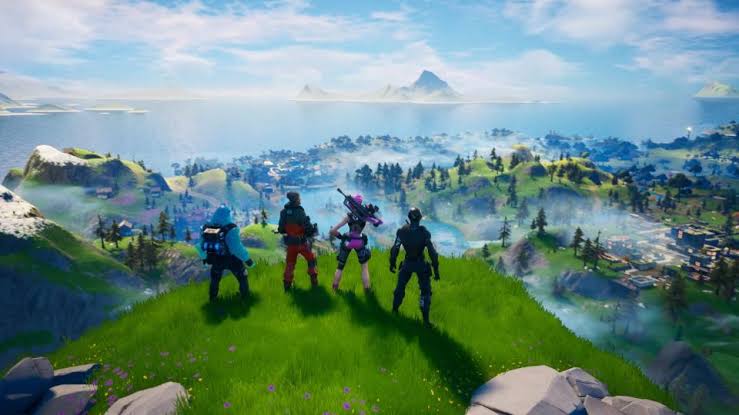 A trailer for Fortnite Chapter 2 has been revealed and it looks pretty good. There are a lot of new things that are going to coming in the new season. So, let us breakdown the trailer and see what things are arriving on Fortnite. At the beginning of the trailer we a swamp location getting introduced and probably four new skins as well. Then another location is shown which looks like a water dam that is which looks pretty darn good.

Fishing Is A Thing In Fortnite Now

After that, we see something unexpected which is characters fishing but instead of getting fishes you will get guns or an empty can. This will be luck based and players will be able to do this only one time in the game. There are rivers all around the map now which can be used to move even faster in the map and there is also a pink liquid that was shown in the trailer which I am uncertain of. It might be something that might be related to the story or an entirely new game feature. 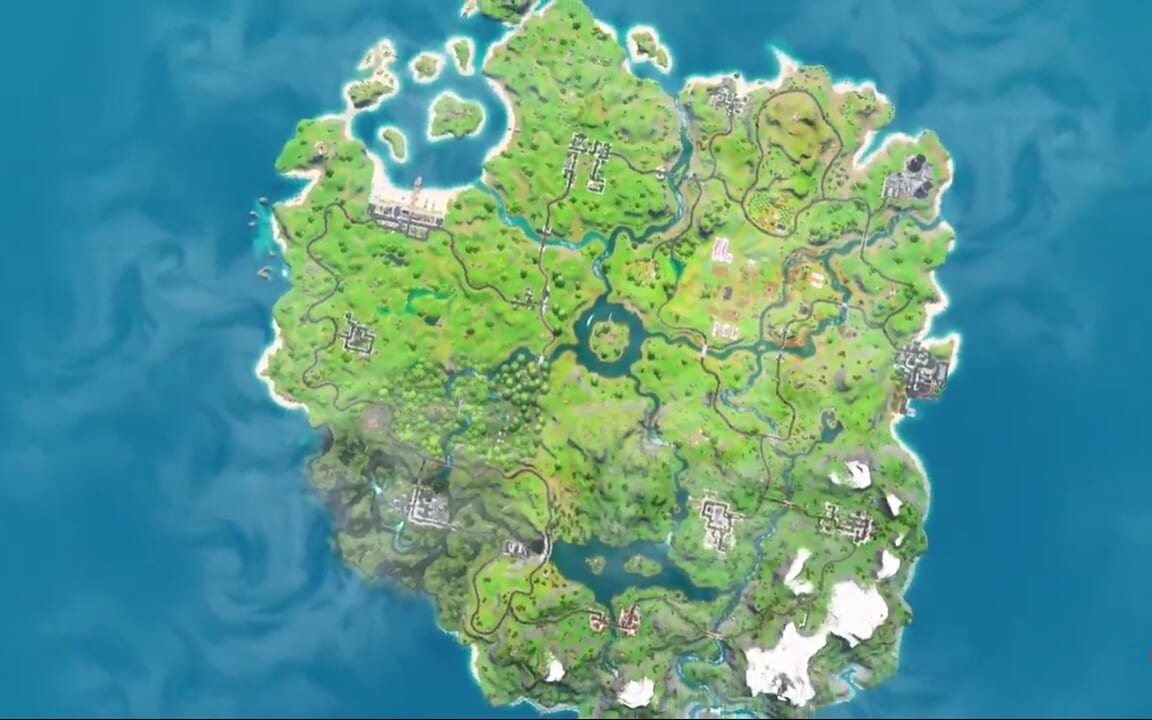 After that, we see the Battle bus approaching and many more locations are shown like a beachside town, a Nuclear grid-like thing, and a port location. After all this, we are shown the new vehicle in the game which is a speed boat that can hold your entire squad. We then see the players will have the ability to swim in the water which is a major change. The reviving system is also getting something new which is when a teammate is downed, your other mates can carry them safety by putting them on their shoulders. Moreover, a new gun was also shown in the trailer, it might be a new sniper or a new Assult Rifle

To support this feature the devs showed a new gun which can heal teammates from short long distance. After that, we see a hiding mechanic which will allow the player to hide in hay and the petrol pumps in the world will now explode when it is hit by a bullet. At the end of the trailer, we get a glimpse of the entire map which is changed from top to bottom.