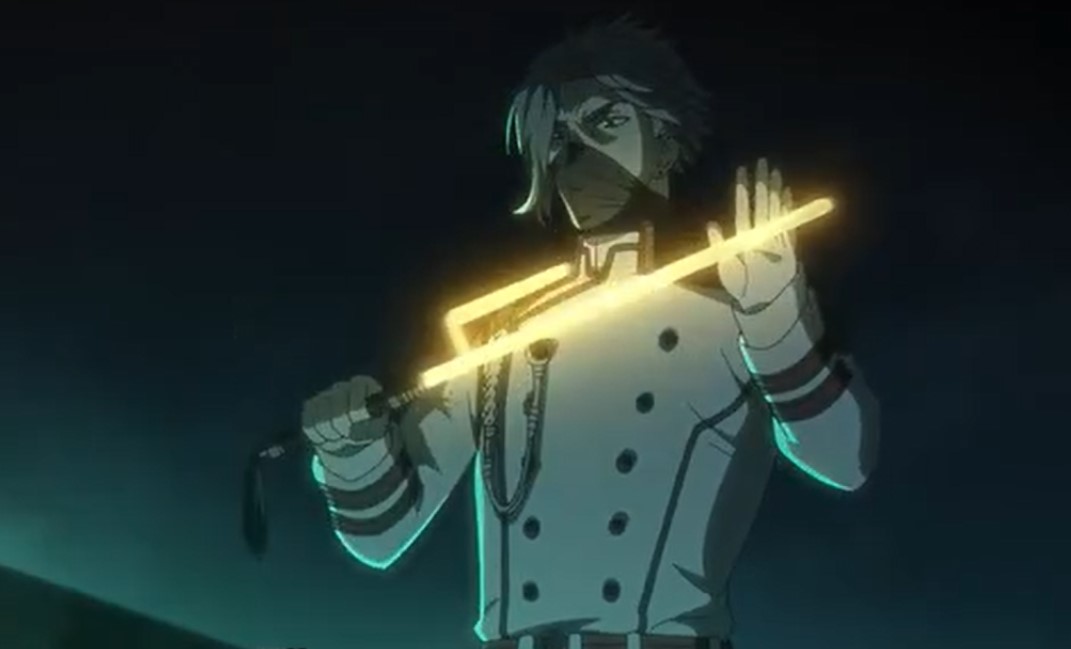 The Executioner has surprised the Akudama crew by showing up in front of them and Cutthroat asks where’s the red-eyed one. Brawler said it is just what he wanted to see since he wanted to clash with him again. The Akudama crew are on a mission to help the young girl and boy reach Expo Park. The Executioner said that he can’t let them continue or his name will be tarnished and this is the good spot for their graves.

He told them that he is going to execute all of them singlehandedly. He draws out his execution sword meanwhile, at the Kansai police hospital the red-eyed one wants to follow her master to the battle. She knows that her master is not fully recovered by he doesn’t want to lose the chance to get rid of the Akudama crew. Back to the battle Brawler charges while throwing hummer punches to the Executioner.

Akudama Drive Episode 7 will be released on Thursday, 18 November, at 9:30 PM JST. Akudama Drive will release a new episode every Thursday make sure to proceed with caution since this post may contain spoiler of the next episode. You watch this Anime officially on AnimeLab. Let’s take a look at the following updates below. 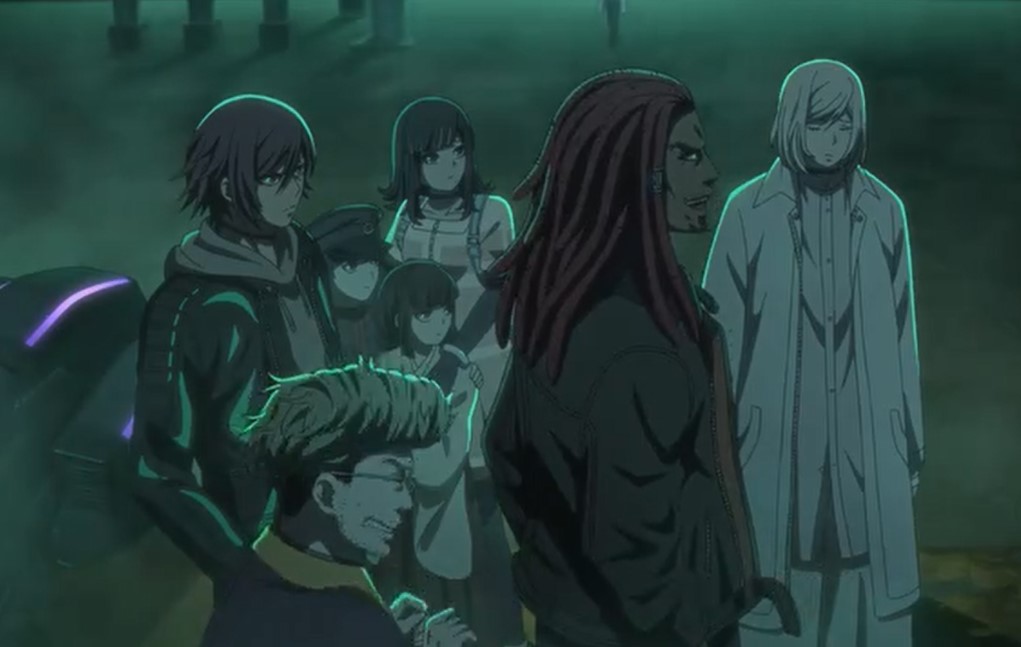 Brawler paid for attacking blinding he received a spinning back kick and Courier decided to escape with the young boy and girl. The Executioner saw the thing that was inside the vault and he attacks Courier who falls out of the bike with the kids. While they are focusing on Courier the Executioner stabs Doc on her stomach and she fell down. He knows that if Doc dies it will be over for the whole crew since there will be no one to heal them. He then rushes to Courier trying to surprise him but he dodges the attack.

Meanwhile, Brawler wakes up from where he was buried under piles of rocks. Hoodlum asking if he is fine since he is coughing up blood and he replies that his old wound is just opened. Hoodlum is scared and he reports the Executioner to Brawler. He asks Brawler to quickly go and whoop the Executioner’s butt since he is messing up with the crew.

The Executioner manages to burry Cutthroat and Courier under the rusted steel. Cutthroat cut his leg and saves Swindler who was about to be killed. He told the Executioner not to dare touch his angel while the Executioner wanted to finish him off. He took the young boy and use him as a shield and the Executioner stopped from killing him. He quickly took his sword and stabs the Executioner’s stomach and the boy also went down on the floor.

The sword was coming from the back of the boy who gets wounded. The Executioner saw that the boy is bleeding to death and cut Cutthroat’s stomach. Brawler shows up and takes down the Executioner. The red-eyed one also show up and took her master away meanwhile Cutthroat and the boy got healed by Doc.

Today that’s what the preview and latest development have to offer. You will get more news and updates on this Anime next week Thursday.