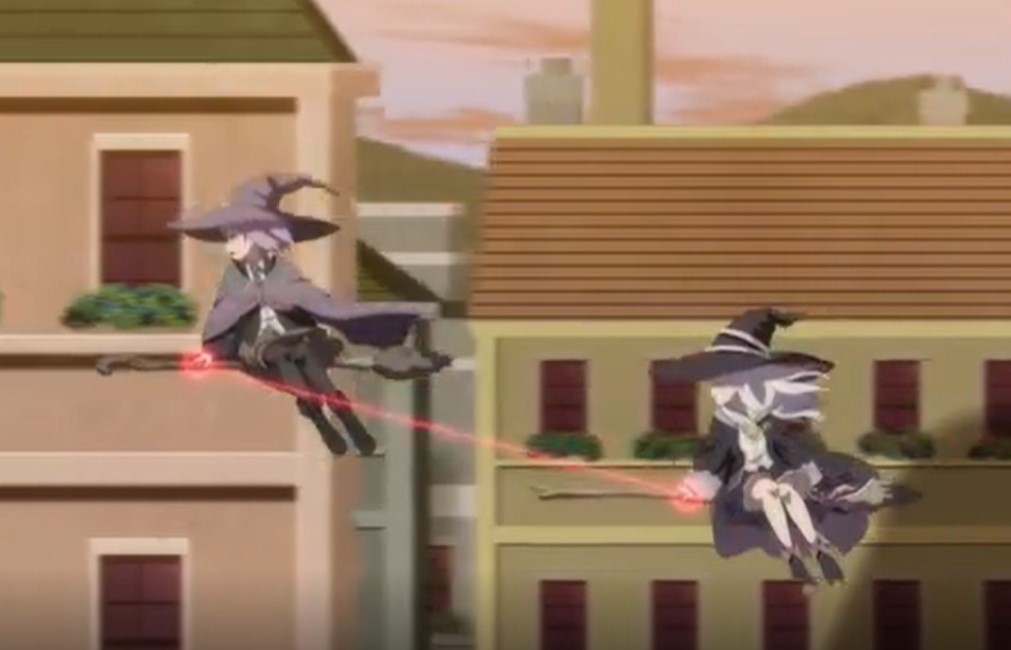 With only two episodes left to reach the episode finale let’s see how the Wandering Witch concludes here. Elaina is sitting on the bench in the plaza of Clock Village of Rostolf. She has run out of money and she wants to find a way to make money all of a sudden she pick up a poster. The poster is telling her about the recruiting witch for ultra-short-term work. Elaina notices that it is an opportunity for her to make money and she decided to follow the address written on the poster.

Later she went there and met with Estelle who interviewed her. Elaina asks how much is she going to be paid to do the job. Estelle said that since Elaina is interested in money more than her job then they can talk about payments. She offers her a sack full of money and Elaina is not aware what kind of work will she be doing that costs that money. Elaina asks Estelle what kind of job she will have to do to receive so much money. Estelle tells Elaina not to get nervous.

The Journey of Elaina Episode 10 update and Recap

The Journey of Elaina Episode 10 will be released on Friday, 4 December 2020, at 9:00 PM JST. This Anime will release its latest new episode every Friday make sure to watch out for the spoilers of the next episode when you continue. Watch The Journey of Elaina on Funimation. Let’s take a look at the recap and preview below.

Previously on The Journey of Elaina Episode 9

Estelle wants Elaina to accompany her somewhere and Elaina asks where. Estelle replies that before she tells her she must answer her what she is going to ask her. She then asks Elaina if she knows about the 2nd District Murderer and Elaina has no clue. Estelle reveals that it is a famous story that everyone in this country knows and it is a true story that has a play and a book. Ten years ago a robber went into the house of a wealthy family in the 2nd District. The wealthy couple inside the house was killed.

Selena their only daughter was out shopping and safe. Selena’s uncle took her but she suffered horrible abuse and darkness grew in her heart making her hate people and the wretched world. Selena stabbed her uncle to death and then she disappeared. Elaina said that it not what she is thinking and Estelle said that it is true that Selena is the 2nd District Murderer. Estelle reveals that Selene was her childhood friend and they were really close like real sisters. Estelle reveals that she ended up going abroad to study magic.

When she came back from her studies, Selena discovers the pleasure of killing and she continued killing people one after another. Three years ago she was arrested and executed. Estelle reveals that she is the one who arrests her and executed her. She cut off her head with her hands and she wanted to give her a chance to atone for her sins. She executed her because she couldn’t disobey the rules of the country and the orders from the king.

Estella said that she wants to save Selena by going back to the time ten years ago. The two witches cremated a pell that opens the door to the past and they met with Selena when she was young. They tried to save her but they failed and Estelle ends up losing her memory after an intense battle. Elain left the sack of money and went outside shedding tears that she is just an ordinary traveler witch.

The Journey of Elaina Episode 10 Preview

For this upcoming week, that’s all about what the upcoming episode 10 has revealed for us. New updates of this Anime will be available every Friday after the release of a new episode.