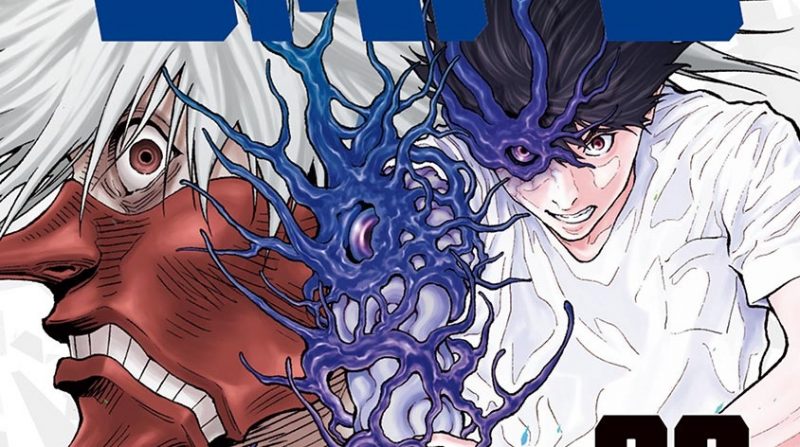 In this article, we will be talking about Jagaaaaaan Chapter 77 where to read new chapters and spoilers. Chapter 76, the latest chapter, was released just a day ago. Jagasaki holds off a battle between Bandou and the monster that he was fighting, Imoto, as it wants to kill Bandou. His partner, Biki, advises that it’s better to kill the monster ance and for all. As a result, Jagasaki was stuck deciding on which decision to make. Jagasaki couldn’t help but realize that he and the monster carry the same ideals as they both want to kill people who brought them misery.

Jagaaaaaan Manga is about Shintarou Jagasaki, a neighborhood police officer who lives with his girlfriend. He works at a job that is slowly killing him with annoyance. As he will marry soon and live the life of a boring nuclear family, a Grimm future for a guy like him with many dreams. When one day, a mysterious monster appeared on the train, he discovers that he can suddenly shoot from his right hand in a similar way to Master Buppanatsu, the local eggplant mascot of his city. This brought more troubles to him as the monster that was loose on the train wasn’t the only one causing troubles.

Jagasaki finally decided that he can’t let Imoto kill Bandou as there’s no coming back once he does it. He also reveals that he doesn’t wanna kill Imoto as well as he pointed out that there’s more to life than just getting back at people. Imoto didn’t listen as he moved in to kill Bandou, which led to Jagaski finishing him as he wanted him to stop. Biki then started kicking Imoto and Bandou’s bodies on the ground, which made Jagan angry to a point where he knocked him out on the floor with his fist. The next chapter will then carry us through the aftermath of Bandou and Imoto’s fight as they both seem to be dead.

Jagaaaaaan is currently published by “Jagaaaaaan Scans.” Initially, it was published by Mangastream until chapter 24, where Jagaaaaaan scans took over. The production was at a stop until the 10th of December to which the manga continued from Chapter 72 until Chapter 76. These were released on about 1-3 days apart. If we consider this schedule, then Chapter 77 is more likely to be released on the 15th of December as it would’ve marked day three already.

Where To Read Jagaaaaaan Chapter 77 Manga?

You can find Jagaaaaaan’s latest Manga chapters from its official platforms like Big Comic Spirits. If you would not mind going for the paid website, which usually carries with them more information about the manga and its releases, you can subscribe to the website and get the latest content as soon as it is out. Although it is now the norm that raw scans come out earlier than the digital copies, we advise you to wait for the digital copies to be released as reading them from the official platforms will be in support of the Manga creators and its publishers.