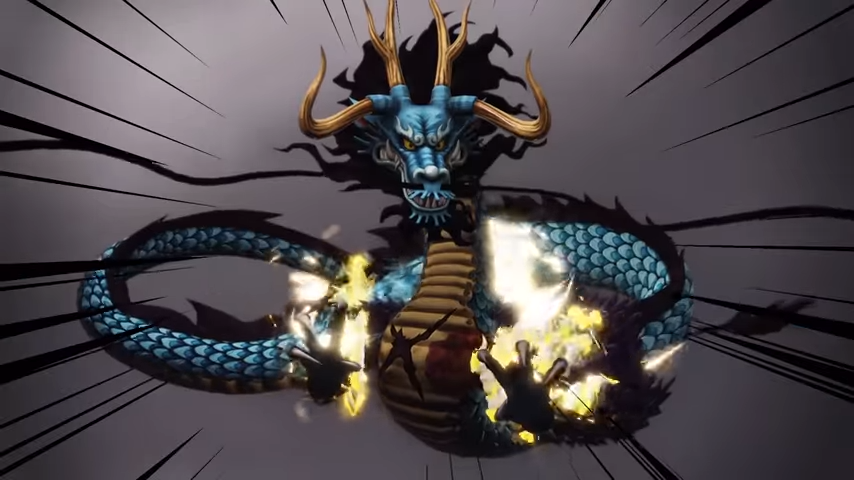 It was confirmed that two of the most powerful characters in One Piece right now: Kaido and Big Mom will be available in One Piece Pirate Warriors 4. A new trailer was released earlier, featuring both the Yonko in their most notable forms. It seems like both characters will also be available in “Titan Mode.” It seems like their rivalry will also be highlighted in the game.

Bandai Namco rolled out another trailer for their upcoming game, One Piece Pirate Warriors 4. In the recent trailer, both Big Mom and Kaido have their forms that are already seen in both manga and anime. Big Mom both got Prometheus and Zeus as her powers. She will also sport her “flaming hair” form, which she used while chasing the Sunny.

Meanwhile. Kaido will be unstoppable even on his base form, throwing thousands of players with his club. He can also transform into his dragon form, which has been revealed a few episodes ago in the anime series. Both Kaido and Big Mom are playable characters. And both are dying to kill Luffy and his friends in Wano.

One Piece Pirate Warriors 4 is a collaboration between Omega Force (known for its Dynasty Warriors video games) and Bandai Namco. The game is expected to be released in Japan on March 26 for PS4, Xbox One, and Nintendo Switch. Release for Europe, Southeast Asia, and the US will soon follow on March 27. Players who pre-ordered the game will be able to get Germa 66 costumes and Wano costumes for most Strawhat members.

As of now, One Piece Pirate Warriors 4 has more than 40 playable characters in the game, including all the Strawhats and the Vinsmoke Family. The game will have original character interactions (based on who are on the stage) and will even have an original story part that is not taken from the manga and anime. You can pre-order the game from Bandai Namco at $59.99.