The story of this anime revolves around Shuichi Kagaya, and just like any other high school student this one has his own secret. However, it’s a bit absurd, well, here’s why – he has the unique ability to transform into a monster that resembles a giant dog mascot costume with a zipper down his back and a large cartoonish smile. After rescuing a strange girl, Claire Aoki, from a warehouse fire, they join each other to search for Clair’s sister, who is assumed to be responsible for the death of their parents. The anime follows Action, Romance, Mystery, Dark Fantasy genres.

Gleipnir looks strange at first sight, but it’s not just some random weird ecchi show, although it can get dark sometimes. Gleipnir is a mystery anime done right; it keeps you at the edge of your seat until the very last moment. Story-wise it doesn’t disappoint you. Although the story loses its direction, it is interesting somewhere in the mid-half of the show, so it keeps you hooked.

From the very first moment, the story moves at a great pace and also gives you a basic fragment of the story, so you don’t feel lost, which is mostly not the case with mystery shows, and after 5-6 episodes, the viewers start feeling lost and eventually drop. But that is where Gleipnir shines; it gives you enough information needed while creating mysteries, so, at the end of every episode, you will look forward to the next one. If you are a fan of dark, mysterious shows, it’s time to put Gleipnir into your bucket list. 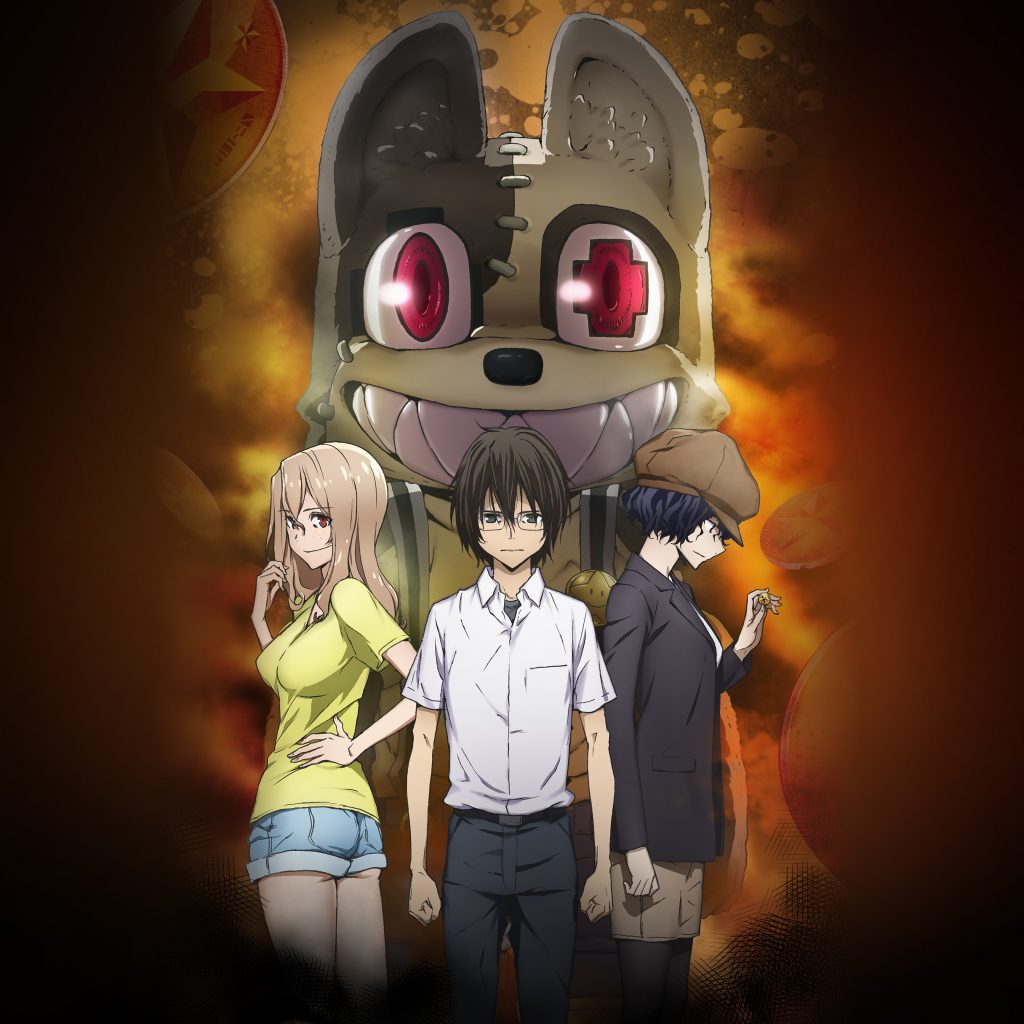 Gleipnir is a show where you have a great set of characters who are unique and likable. Initially, only a few characters are introduced, but most of the characters are presented in the second half. The main characters, Shuichi Kagaya and Clair Aoki, seem like a great duo, where the boy is a spineless crybaby and has a sadistic female counterpart, who always has tons of tricks up her sleeves! The show works very finely and gradually on their character development.

Until the final episodes, the characters will get a great change in their personality, which the viewers will realize at the very moment. The other characters like Kaito, Yoshioka, Elena, Subaru also look promising. Gleipnir is a show where the main characters and the side characters also get their moment of glory.

The art style and animation are pretty nice; the colorwork is vibrant. The fight scenes are animated quite well. The character designs are incredible, especially for the monsters in which the characters transform. Although some main characters transform into super unique monsters, some look just the same, but these are only minor characters. The dog mascot costume of Shuichi is scary but cute at the same time and also likable because of Shinichi’s introverted personality. Also, it seems like plenty of mysteries is attached to that costume.

Helical performs the series-opening theme song, while international music group Mili performs its ending theme song. The themes are admirable, and the music is mysterious and catchy, just like the show itself.

The series is animated by ‘Pine Jam’ studio, which was surprisingly founded only in 2015. Its work includes ‘Gamer!’ and ‘Just because!’ Gleipnir might become one of the best works of this studio.

In this article, we will discuss the anime series - Naoki Urasawa's Monster. A skilled neurosurgeon, Dr. Kenzo Tenma, practices...