It has been a busy week for Diablo; like Diablo II: Resurrected Preorders have been made available, but Diablo III launched its newest season on Friday, July 23, 2020. Season 24 launched at 5:00pm Pacific Standard Time on both console and computers. If you are unfamiliar with Diablo III Seasons, they are small campaigns that have a specific theme and often times have Legendary Sets adjusted, or sometimes new sets entirely. The perks of a Season are starting a brand-new character under these new rules and farming to get the rewards offered. Let’s take a look at what makes Season 24 so unique and the rewards available.

Blizzard is doubling down on Nostalgia and offering a new season linked with Diablo II: Resurrected by reimagining Ethereal Items (which in Diablo II were insanely powered items that would break over time) and adding those values to current legendaries in the game. In Season 24, there are 21 weapons from Diablo II that are being manifested onto current legendaries. While playing through Season 24, I got a bow to drop on my Demon Hunter, and instantly everything in the game became trivial. 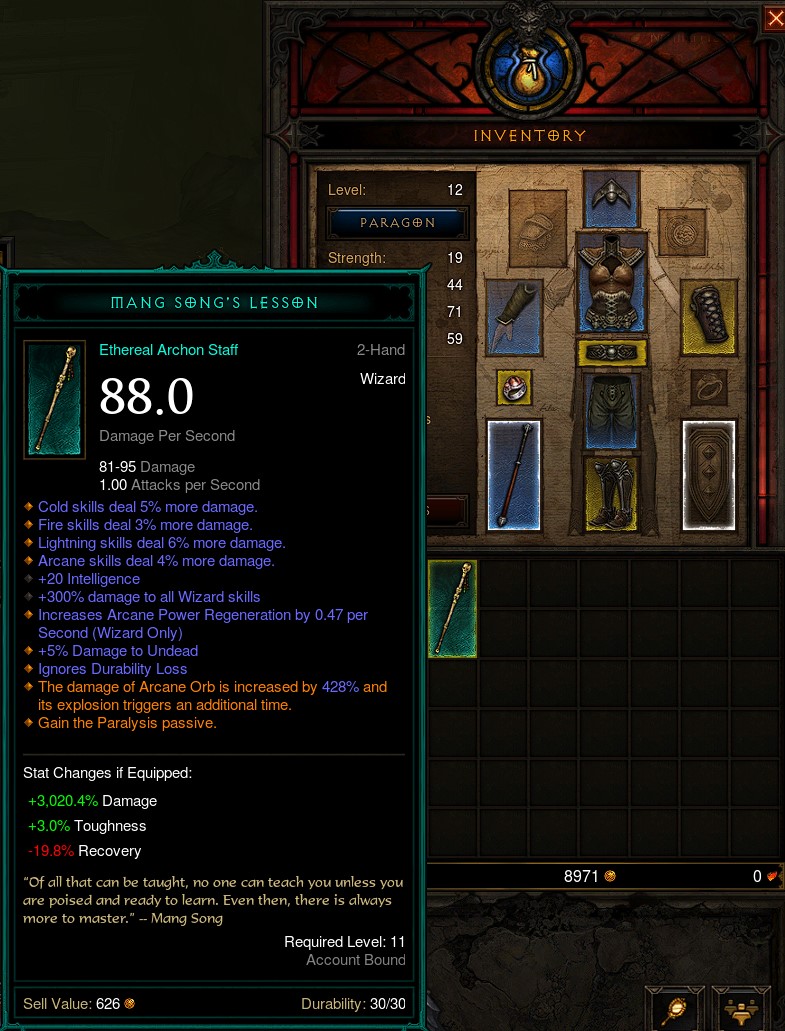 An example of a level 11 Ethereal Weapon and the insane stats they contain.

Ethereal weapons are a fun inclusion, almost rivaling the clones we got from pylons in Season 22. It will be interesting to see how these work in late-game Greater Rifts as we push our levels. Another perk of the Ethereal Weapons is that they added three per class for 21 collectible transmogs. By collecting all of them, we can unlock their transmogs in other seasons and our overall collection through a Feat of Strength achievement called Ethereal Recollection. In order to earn this achievement, we have to collect the following Legendaries:

We will be obviously working towards unlocking these for the Feat of Strength this Season, but there are additional rewards that we are working towards. The rewards from Season 12 are being reused here again, but finishing all the Seasonal Journey challenges does reward a Terror Resurrected Portrait and a Lesser Mummy Pet. The later Seasonal Challenges do provide a sufficient challenge, so be prepared for a little work.

There are several websites that have great builds for the upcoming season, but we will be watching to see how much benefit we can pull from these new Ethereal Weapons. Good luck this season, and I will post any new developments as they arise.