Miley Cyrus Reacts At the 16th Anniversary of Hannah Montana

by Neha Mishra
in Entertainment
0

Do you still remember that Disney channel series in which the lead girl plays two characters at a time, one of a popular singing artist and the other being herself, Miley with her two best friends Lily and Oliver? Yes! You are right, we are talking about “Hannah Montana”, that American musical sitcom that aired somewhere between 2006-2011 and was highly popular among teens. And guess what? Miley Cyrus aka Hannah Montana celebrates the 16th anniversary of the show this Thursday by posting a heartening note on Twitter below her latest live performance video from Lollapalooza Chile.

She writes addressing her fans, “Happy 16th Hannah-versary!” and mentions how 16 years ago her life changed forever when Hannah Montana premiered. She thanked her fans for their loyalty and support by which she had the honor to travel the world and perform for them. In the video she can be seen performing on “Hoedown Throwdown”, one of her popular songs from Hannah Montana: The Movie (2009). In this article, we will be remembering this awesome series once again.

Happy 16th Hannah-versary! 16 years ago my life changed forever when HM premiered. Because of your loyalty and support I’ve had the honor to travel the world for over a decade and perform for fans that bring so much greatness into my life. pic.twitter.com/94yK3yopfr

Hannah Montana, a musical series, was inspired by the success of Disney channel’s other music series “Musical high school(2006)”. It was created by Michael Poryes, Rich Correll, and Barry O’ Brien that aired between 24 March 2006 and 16 January 2011. It had a total of four seasons and 101 episodes. The show started with the opening theme song “Best of both worlds” which was enough to convey what the show was all about.

The Plot and the Star cast

Well, it is no wonder how “Hannah Montana “changed the life of our then debut girl, Miley Cyrus, the lead actress of the series, and made her a teen sensation all over the United States. The story revolved around Miley Stewart, a 14-year middle school girl who lead a dual life of being a pop star and wanted to lead a normal life away from the spotlight as Miley while stowing away her identity from the public. Moreover, to make her alter egos worth differentiating her as Hannah, the pop star wears a blonde wig.

Her family consists of her father Robby Stewart (Billy Ray Cyrus) who works as her manager so that she can concentrate on her singing career well and an annoying younger brother Jackson (Jason Earls). She is accompanied at school by her friends, Oliver (Mitchell Musso) and Lily (Eily Osment). Season 1,2 and 3 display the struggles of her dual life and she reveals her secrets to two of her best friends Oliver and Lily. Moreover, in the final season’s episodes, Hannah finally reveals her secret to the world and starts leading her star life. 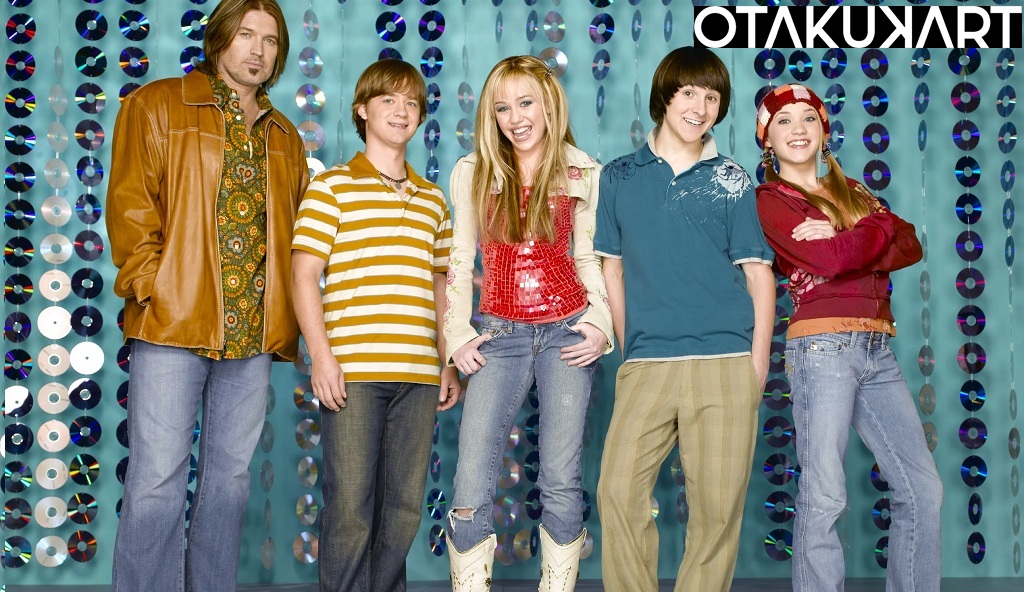 The “Party in the USA” fame was born to a musical American family where his reel father is her real father too. She was born as Destiny Hope Cyrus on 23rd November 1992, with the condition supraventricular tachycardia (abnormal heart rate). In spite of that, she learned music and auditioned for some acting opportunities later, before her first big break as Hannah Montana. Since then there was no stopping. She received several music awards and was nominated many times for her acting skills. Her ‘wrecking ball’ has broken Vevo’s record of the most viewed song in 24hrs and she became the most searched pop star in 2015.

Although there were many Disney shows that came in the meantime but Hannah Montana ruled them all. The joy of watching this show and buying that cool Hanna Montana stuffs is still a part of our childhood sweet memories. The series still can be enjoyed on Disney+Hotstar while Hannah Montana: the movie is streamed on Amazon prime. Later on, the series wrapped up in January 2011 as Miley wanted to continue with her music career. She wanted some more mature roles for herself to work on.

In the end, all we can say is that this show will continue to make the kids from the two last decades feel nostalgic again and again.

The American streaming service, Hulu, is an online subscription platform majorly owned by Walt Disney Company and NBC Universal in the minor...