Character development is one of the most important aspects of any storyline. And here we are talking about one of the best manga series out there – One Piece. One Piece has completed 1033 chapters and is still maintaining to be on the top of the table with a great storyline and other soothing elements. The recent chapter of the series featured Zoro and his struggle of defeating the right hand of Kaido, King. The chapter revealed that King is on a whole new level, and it will take more than just a sheer will to defeat him. Zoro is full of courage, but he needs to do more than that. The recent chapter ended with Zoro cracking how Enma actually works. Is this the cue that One Piece Chapter 1034 is going to reveal Zoro’s new power?

One Piece Chapter 1033 showed how Zoro struggled to land any blow on King, and on the other hand, despite the endless effort of maintaining Haki, Enma is draining more than he could allow. At first, he resists Oden’s sword and tries to control it, but it seems like the sword doesn’t consider Zoro as its master yet. As. the battle proceeds; further, Zoro seems to understand Enma and why the sword is draining his haki. Zoro realized that Enma was taking its test again, to check whether he was worthy of wielding this sword or not. 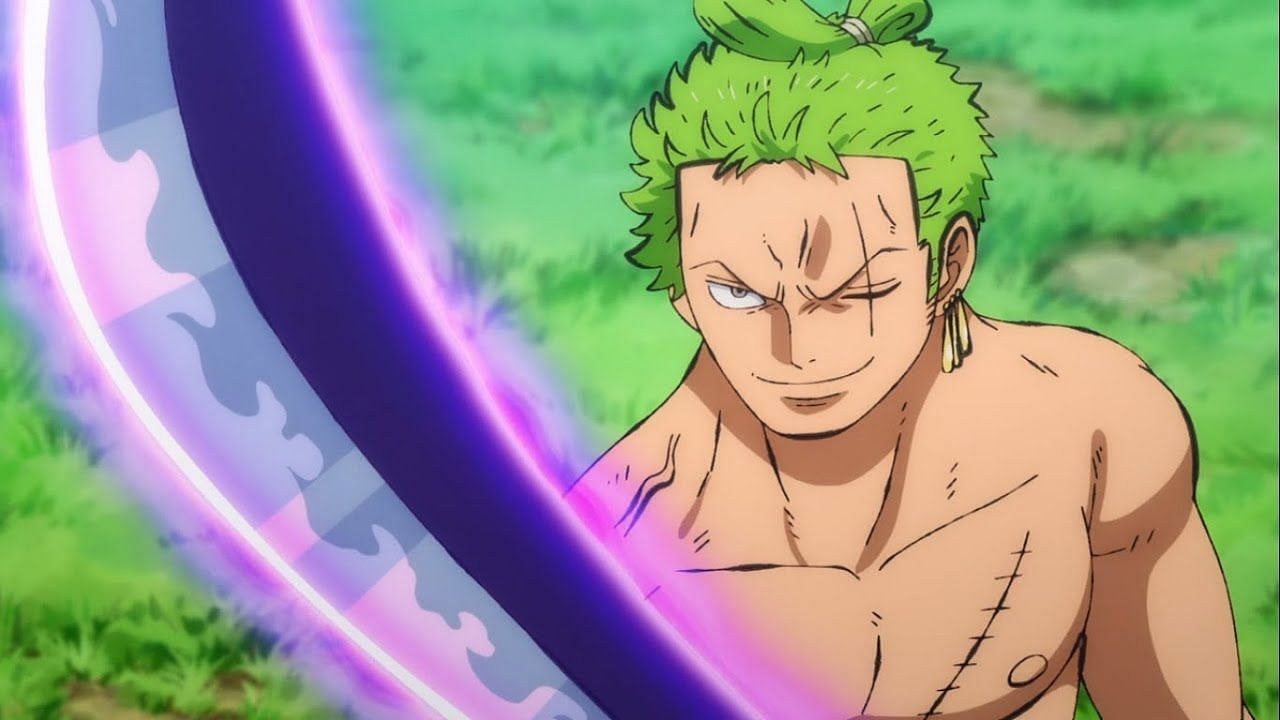 Before he questioned himself, he remembered Oden. Oden is a former weilder of Enma. He figured out that despite the heavy amount of Haki draining, Oden used this sword at such a high level. This was when he decided to know what Enma wanted. In this process, he also remembered the creator of Enma – Shimotsuki Kozaburo. He was the old man that he knew at Shimotsuki Village. Zoro had the glimpse that 13 years ago, Shimotsuki revealed the existence of Enma; Enma chooses the wielder, the wielder will never be able to choose Enma.

This is when Zoro cracked the test, activated his conquerer Haki- Haoshoku Haki, and unleashed it through his swords. Now, it seems like Enma accepted Zoro and his wielding skills, and we might have a big Haki upgrade for Zoro in One Piece Chapter 1034.