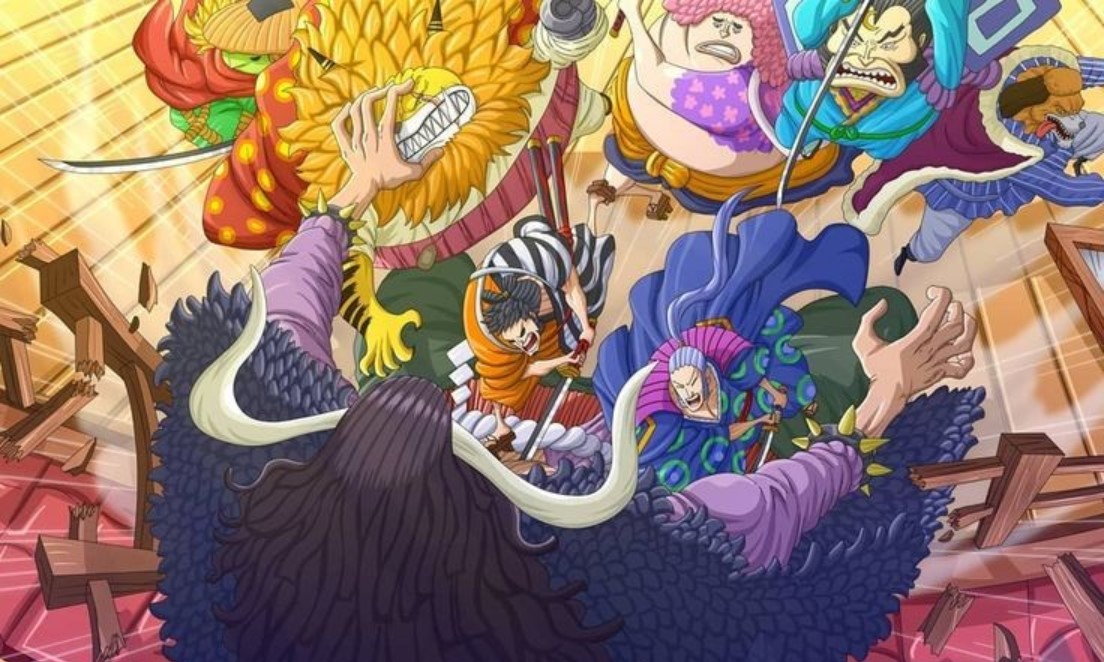 This is not coming as a new topic to the followers of One Piece manga. It is not the first time fans are hearing of the news that One Piece manga is entering its final phase. So the great question remains. When will One Piece manga end?. Well, trying to answer this question will only raise more controversy that it would bring in any new information. But the recent developments have only added, well… let us just call it a sense of calmness towards the manga followers.

EEarlies this year, Otakukartnews also added on the comments made by One Piece creator himself, Oda. This was when Animenews Network revealed more on the interview that Oda had earlier in 2016 when he reported that One Piece manga has already covered more than 60% of the story so far.

In his interview, Oda also revealed that he expects One Piece manga to end with just over 100 volumes. This was when he appeared back in 2019 in Fuji TV’s Honma dekka,  Animenews Network reported. Although the creator himself made the announcement. Fans should throw caution to the wind and listen to OnePiece.com and V Jump columnist, Greg Wener who weighed in. He reported that fans should put less stake in Oda’s claims.

Greg remarked that the Manga will continue for some time and that Oda tells stories “tongue-in-cheek” and for the shock value. Since they have been working together for some time. It is best not to get excited yet as we have been warned. It’s quite obvious that One Piece has a lot of stories to tell at this point. The Wano Arc is currently ongoing and the Manga is almost at its 100th volume.

So it is very difficult at this point that we can say the manga will end at its early 100’s volume. Well, looking at the main issue at hand. It is indeed true that the Manga is running at its final phase. But as a fan, you would need to be careful as even the ending can still take a lot of time to tell its story. And in this case. The manga is in the Yonko Saga.

This means that after Wano, arcs we will still have to explore arcs of other Yonko’s like Black Beard and Shanks. We still have more stories like the mysteries of Im, the Void century, etc. There is still a lot to tell so I wouldn’t really get excited over the fact the manga is at its final phase. Rather I would be happy that it is finally time to see high-level fights. Like now we will see true fights until the very end.

Try to imagine how the likes of Kaido, Big Mom, and Black Beard will be defeated. Then you already have an idea what kind of storyline we will be delving into from now on.  The Shounen Jump magazine is reported to have put out a new issue in Japan. In this issue, it was advertised that One Piece Manga is headed towards the upcoming final arc. This was all that was hinted and it has piqued a lot of interest and curiosity among the One Piece fan base. This also called for fans to read the Manga from the beginning again as soon as they can.

This prepares the fans for the ending and as the new issues of the magazine are released. So will more tips on the previous chapter of the manga and any news that we might need to know about the ending phase of One Piece Manga. Well for now we know for sure that the Manga is in its final moments. But we still don’t know how long that will take. It might even take longer than Oda had anticipated.

But that still spells good news to One Piece lovers as we will get to see more and would like have no cliff hangers. Well, that is all of the updates for now. Let us enjoy the Manga in its current Wano Arc. Meanwhile, we will follow this story and keep you updated on any news that comes through.