The Turkish romantic drama Sen Çal Kapımı concluded its first episode the previous week, and fans are extremely excited for the upcoming episode 2. The show is directed by Ender Millar, and episode 2 will be released tomorrow.

We have gathered all the recent updates and information regarding the show, so here is everything you need to know about Sen Çal Kapımı Episode 2.

What is the Plot of Sen Çal Kapımı Episode 2? Is there any Teaser of Episode 2?

Hande Erçel made her on-screen return with the very first episode of the Turkish romantic comedy-drama series Sen Çal Kapımı aka You Knock On My Door. The official plot of the upcoming episode 2 is yet to be revealed, however, it will pick the story right from final moments of episode 1. The first episode revolved around Eda Yildiz, as she was expelled from the college after being cut from the scholarship program, despite securing it in the first place. After a long time, Eda managed to track the person who was responsible for that, Serkan Bolat, and it is when things get very intense. The second episode will focus on the duo as they both hate each other, however, this is just the beginning of a long story.

The show follows the life of Eda Yildiz and Serkan Bolat as they enter into a serious conundrum. Eda, having high hopes for her higher education, faces a serious problem after being cut off from the scholarship program by Serkan Bolat. The story progresses when Serkan offers Eda her scholarship but for that to happen, Eda will have to act as his fiance for two months. Despite rejecting the offer at first, Eda eventually accepts it when the apparent situation changes.

You can watch the official preview of Sen Çal Kapımı Episode 2 to get an idea of the episode.

Who is in the Cast of Sen Çal Kapımı?

The cast of Sen Çal Kapımı include:

When is Sen Çal Kapımı Episode 2 Release Date? Where to watch it? 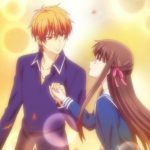