Ever since the official trailer was launched, Spider-Man fans have been waiting for the movie to drop in their nearest cinemas. After the trailer featured that Spider-Man: No Way Home is going to feature multiverse, spidy fans are tingled to know more. Marvel is featuring the most iconic and classic villains in the movie, and this makes fans full of beans, and they are approaching any possible event to catch the drift. As Spider-Man: No Way Home is approaching the scheduled release date with full force, the franchise is revealing a bit-bit of the movie to maintain the hype they are created in the past couple of months. And recently, the official spider-man’s youtube channel featured some new footage that made their fans curious.

On 5th December 2021, the channel released an interview known as “Villain Panel”. In the interview, the villains of the movie – Green Goblin, Dr. Octopus and Electro, aka Willem Defoe, Alfred Molina, and Jamie Foxx shared their experiences and thoughts regarding the movie. Let’s not forget that this is the first, the villain cast came out in public to share their views. During the interview, when the shots of the movie were playing, the video featured footage in which Willem Dafoe, aka Green Goblin, is without a mask throwing pumpkin bombs on Spider-Man. Here is the footage: 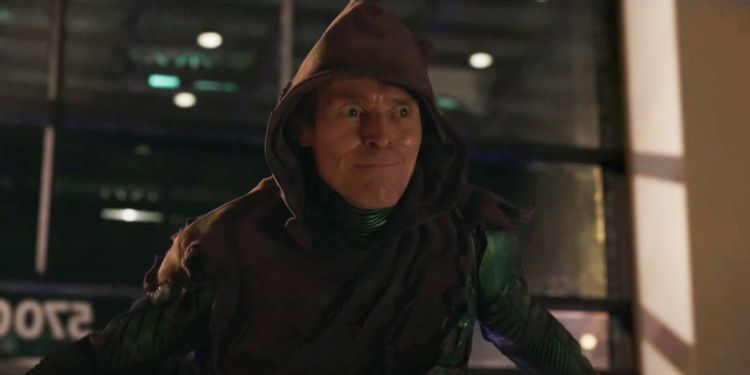 When asked, Willem replied that this is a new costume of Green Goblin. So, it means that not just Dr. Octopus and Electro, even the first-ever villain, will be featured in the movie with his new look. We can conclude that the movie is going to feature some high-tech villains. Well, not just the villains, even the whole world is now aware that Peter Parker is a Spider-Man which is also a huge problem for him. Let’s pray for Tom, aka your friendly neighborhood Spider-Man. The villain cast looks extremely happy with the production segment. Not just fans, even the cast is excited for the movie to get launched.

Here is the official trailer of the Villain Cast, who shared their thoughts regarding the movie, they seem happy.