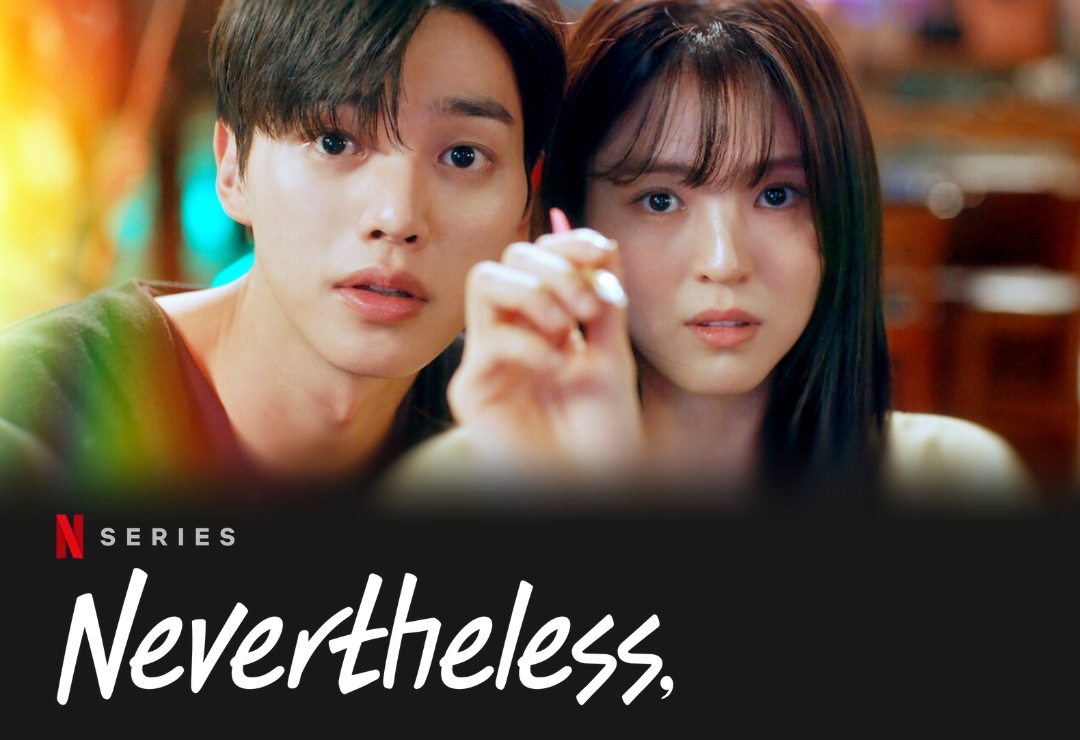 After giving us back-to-back mystery thrillers during the first quarter of the year with shows like Vincenzo, Law School, Penthouse 3, the K-drama industry is now back to deliver romantic youth dramas, and ‘Nevertheless’ just happens to be one of them. If you can’t get enough of the intoxicating charm of the flirty Park Jae Eon, who pulls the naive Yoo Na Bi into a friends-with-benefits relationship with him, we have arrived for your rescue. Adapted from a webtoon titled the same as the drama, ‘Nevertheless’ focuses on friendship, psychology, and a mature kind of romance between the leads, which has gradually amassed a huge fanbase.

So here are the top seven Asian dramas that share a similar theme to the ongoing Netflix series, ‘Nevertheless.’ Check it out and choose the one for you. 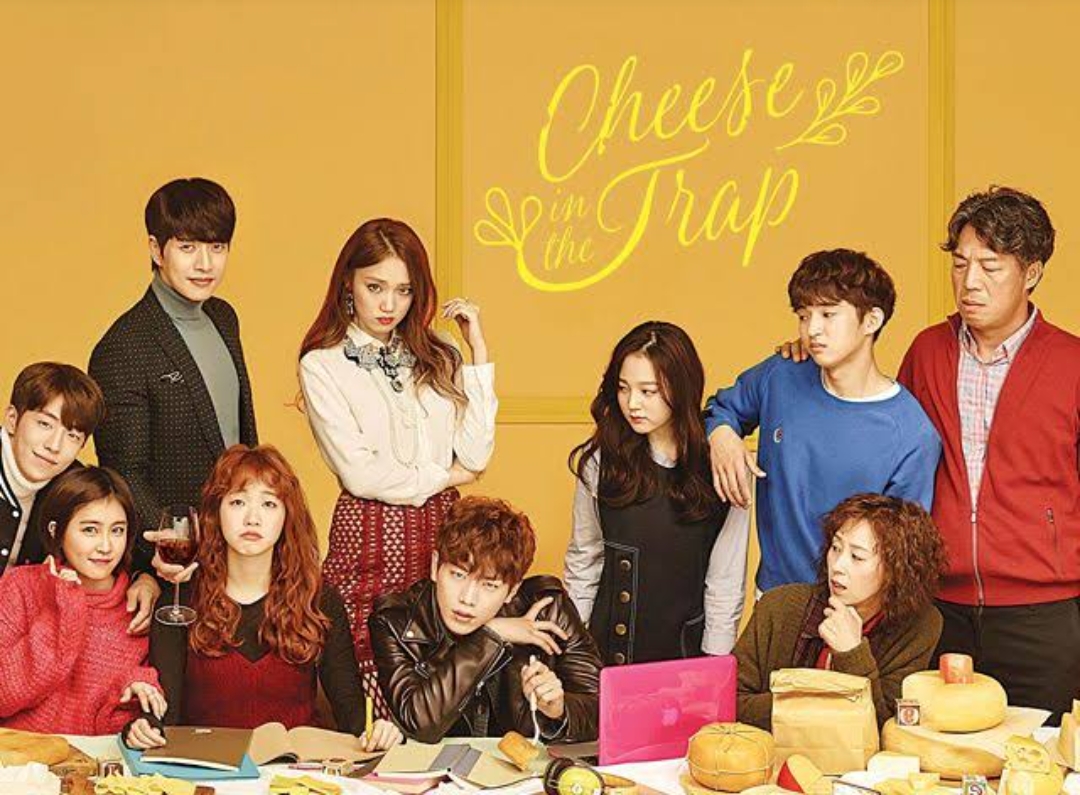 ‘Cheese in the Trap’ is a webtoon by Soonkki adapted into a drama that tells the story of a hardworking scholarship student named Hong Seol, who returns to college after a gap of one year because of the poor background of her family. However, she unintentionally ends up offending a college senior, Yoo Jung, who is handsome, athletic, kind-natured, gets good grades, but also has a hidden dark side. Her life begins to turn more miserable as a result of various schemes plotted by him when both of them start dating. When Jung’s childhood friends, Baek In-ho, and his sister In-ha appear in the story, the situation gets complicated further.

If you are currently enjoying watching ‘Nevertheless,’ this is perhaps the perfect recommendation for you. The male leads in both the series are toxic, while the female leads are kind of naive who don’t trust their respective boys— so the drama gives similar vibes. 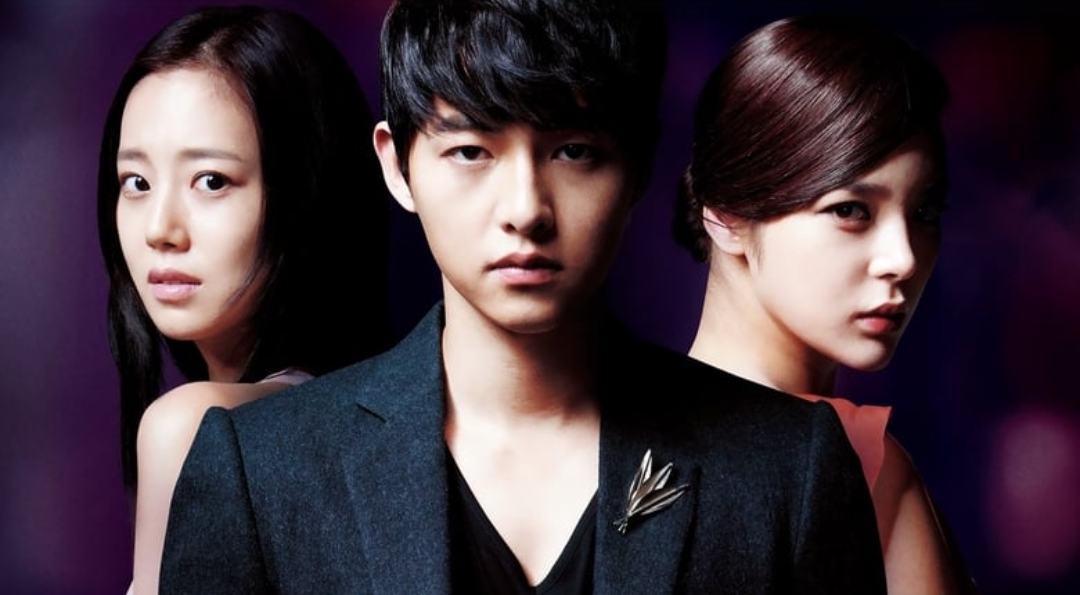 ‘The Innocent Man’ is a melodrama that centres on Kang Ma Roo, who, after getting betrayed by his beloved, Han Jae Hee, changes into a completely different person and lives in self-indulgence. Jae Hee turns her back on Kang Ma Roo after meeting a rich CEO and gets married to him for his wealth. After several years, a series of incidents take place, and Ma Roo gets a chance to take revenge on his former Jae Hee. For this, he approaches the resilient and cold daughter of the rich man whom Jae Hee marries, Seo Eun Gi, but gradually, he falls in love with her.

There are a lot of similarities between the two shows. Both of them revolve around a flirty male lead who hurt the feelings of the naive female lead. The female leads in both the dramas have psychological issues, are insecure, and faces problems in their relationships. Not to mention the toxic relationships between the leads that drive the spectators mad and disappointed. 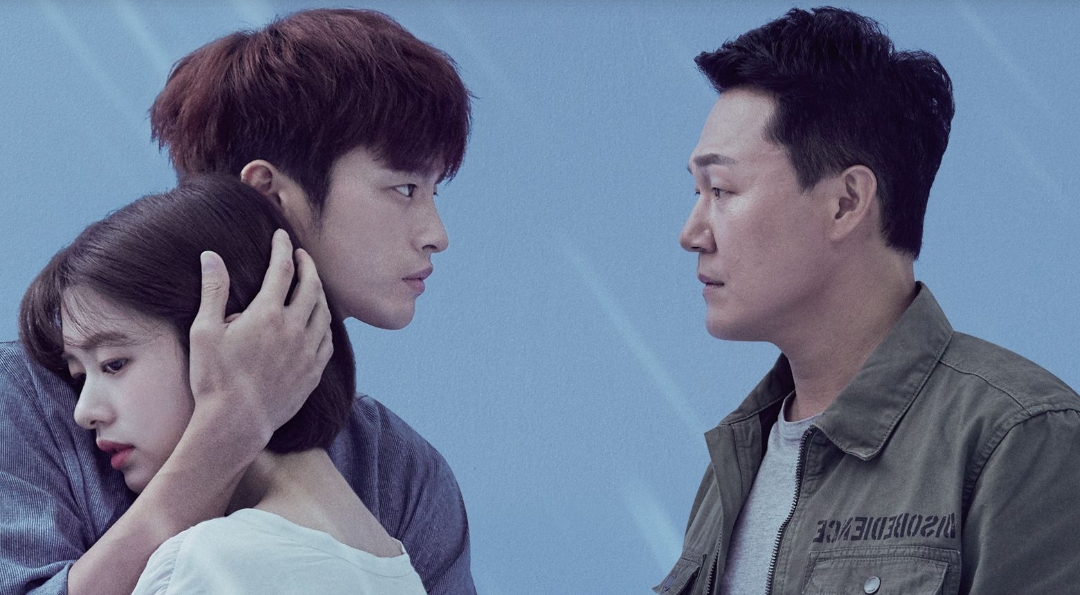 The Smile has Left Your Eyes

The series is the Korean remake of the 2002 Japanese drama titled ‘Sora Kara Furu Ichioku no Hoshi’ that centres on a mysterious man named Kim Moo Young, who has little knowledge about his past. He comes across Yoo Jin-Kang, and though she initially does not like him much, they eventually grow closer and fall in love with each other. However, when her older brother, Yoo Jin Gook, who is a murder investigator, meets him, he doubts if he has some sinister motives, unknown to the fact that he himself is related to the intertwined history of both Moo-young and Jin-Kang. When Moo Young finally regains his memories, but the situation turns out to be more complicated.

Again, both the shows have flirty, handsome male leads who are manipulative enough to make the girls fall for them easily. Both the dramas are dark, realistic and share similar vibes. 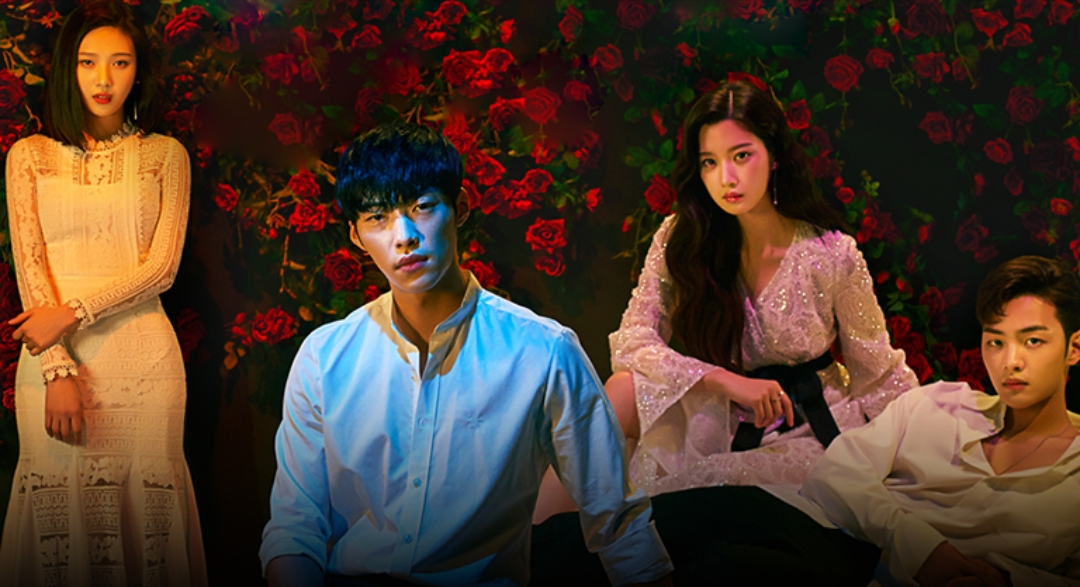 The drama has been inspired by a French novel by Pierre Choderlos de Laclos titled ‘Les Liaisons Dangereuses,’ depicting the stories of young and rich men and women who realise their real feelings while playing the interesting game of love. Owing to a chain of events, Kwon Shi Hyun bets with his friends to make Eun Tae Hee, a girl who thinks that people who get distracted by love are pathetic, fall for him and then break her heart. However, things begin to complicate when both of them actually start to fall for each other, but a lot more drama awaits before them.

Both ‘Tempted’ and ‘Nevertheless‘ are set around college life, featuring attractive but problematic male leads with a playboy attitude. Also, the female leads have been shown to be naive, and both the dramas involve friendship as well. 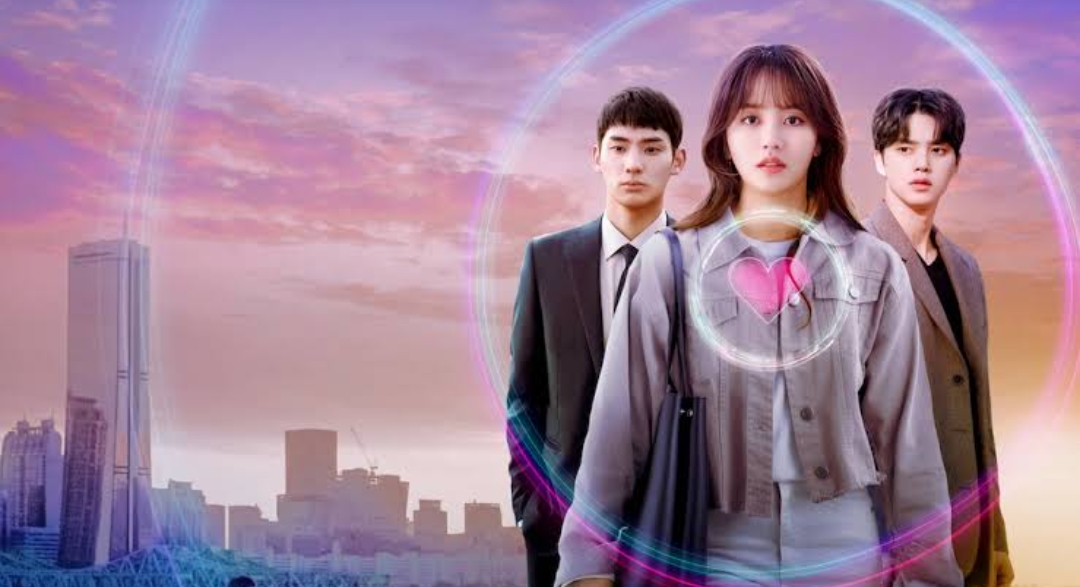 Whether the series is worth the watch or not depends entirely upon the spectators, but we couldn’t help but include it in this list, for it features Song Kang as one of the main leads as well. The show features an advanced digitalized world where a dating phone app called Love Alarm has the ability to ring if someone within a range of 10 feet has romantic feelings for the owner of the cellphone, though it cannot detect the whereabouts of that person. When Jojo, a high school student, gets involved in a love triangle because of this app between two friends— Lee Hye-Yeong and Hwang Sun-oh, her life gets greatly disrupted.

Both the dramas have been adapted from popular webtoons and have been set up in educational places. There is a major love triangle in both the dramas, and it is ambiguous with whom the female lead will end up in both of them.

The story follows the journeys of a couple, Yoon Seok Hyun and Joo Yeol Mae, covering their relationship over a duration of ten years, during which they break up and get back together multiple times. After getting tired of everything, Joo Yeol Mae decides to look for love somewhere else when she comes across Shin Ji Hoon. She turns her back to Yoon Seok Hyun, who is left to look on with jealousy.

Their relationship has to deal with attachment problems, and the male lead is problematic as well, just as what we are witnessing in ‘Nevertheless.’ The chemistry between the leads is exceptionally good and involves soft eroticism. So you are definitely going to love this if you are enjoying the ongoing rom-com. 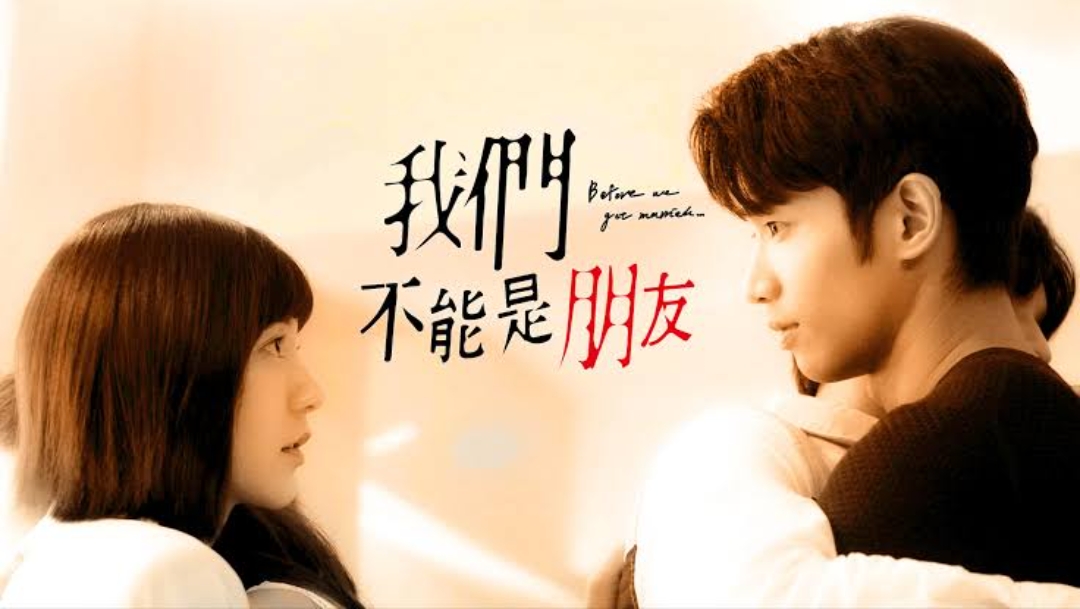 ‘Before We Get Married‘ focuses on the lives of Zhou Wei Wei and Chu Ke Huan— who are presently in a relationship with Li Haoyi and Gao Ziyuan, respectively. While Wei Wei is serious about her relationship and is about to get married to her boyfriend, Ke Huan is unhappy in his ten-year-long relationship. An unexpected encounter between Chu Kehuan and Zhou Weiwei leads Kehuan to get attracted to her strong personality and thrifty principles and decides to pursue her. Although Wei Wei initially pushes him away, one thing happens after the other, and before she realises, she develops romantic feelings for him.

It is a tense romantic drama that revolves around friendship, love, and betrayal. Moreover, the drama involves cheating with the partner, along with a lot of toxic vibes, which makes it more similar to ‘Nevertheless.’