Princess Beatrice got married to Edoardo Mapelli Mozzi on 17 July 2020. Initially, the couple decided to get married in May but had to postpone it due to the coronavirus pandemic. They got married at the Royal Chapel of All Saints, Royal Lodge, Windsor. Princess Beatrice is a member of the British Royal family. She is the elder daughter of Prince Andrew, King of York, and Sarah, Duchess of York. The princess did her schooling at St. George’s School, Ascot, and  Goldsmiths College. She graduated in history and worked at Sony Pictures and the Foreign Office for a short period of time.

Although Princess Beatrice is now married and has a daughter, there was a time she had a romantic relationship with a convict. Their relationship results in a scandal. Princess started dating this convict when she was just 17 years old. This was years before she married Edorda, an Italian noble and a businessman, in a private ceremony.

Paolo Liuzzo is an American businessman who often makes headlines, and not for a good reason. The right words to say this is that he often invites scandals and controversies. The billionaire businessman was once convicted of the murder of a fellow collegemate, Jonathan R. Duchatellier, in 2002. He used to study at the College of the Holy Cross in Worcester. After four years of the incident, he was again in the headlines for romancing a princess. Paolo hails from Long Island. They started dating in 2005. It was later revealed that Paolo was convicted of assault and battery. 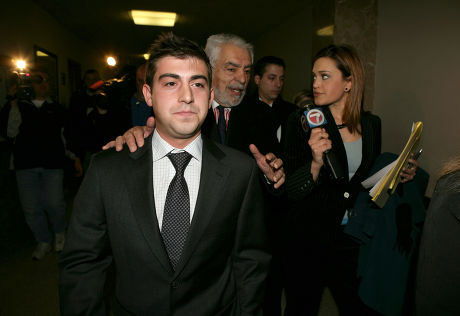 Beatrice and Paolo met through common friends in 2005. His then-attorney told the popular magazine, “He’s charming. He is dating [Beatrice], and the family treats him well.” They kept dating each other after he broke the probation order. Paolo stated that the princess already knew about his past. He said, “I assumed Fergie told the Duke, so I was really surprised when I discovered she hadn’t. I think he found out because I’d started taking Bea with me on business trips I was making to Europe.” According to him, the princess was ready to introduce him to the monarch when things started getting serious between the two. They kept on dating for ten months until his past details made headlines and the whole British came to know that he was an ex-convict.

Also read: Who Is Anthony Ramos’ Partner? All That We Know!

However, the charges were later dropped, but he was on probation for three years, under which he was only allowed to travel outside the UK for business purposes. Nevertheless, he broke the probation rules and traveled on a ski trip, and that too with a British Royal family. Also, he failed to give his residents’ probation officials verification and details about his employment in England. Consequently, his probation was extended for six months, and he had to pay $5,000. In 2006, Sarah Ferguson said, “We trust [Beatrice’s] judgment and see no reason why we shouldn’t.” It was her who invited Paolo for a ski trip to Switzerland. Nevertheless, British security conducted a background check on Paolo and found out about the convictions.